Zoom is Everywhere During Quarantine. How Did That Happen?

A boom in pandemic-related remote working has made 50-year-old Zoom creator Eric Yuan a billionaire.

Throughout the global coronavirus lockdown, there’s one word you’re probably hearing more than usual: Zoom. Zoom video calls have replaced in-person meetings; drinks down the pub; exercise classes. Even the UK Government, led by a Prime Minister and Health Secretary ill with coronavirus, has been using Zoom to orchestrate the running of a country.

In recent weeks, Zoom has been downloaded more than 50 million times from Google store. CNBC reports that Zoom’s daily users in March were 380% up on the same period last year, and the company is now valued at $42bn.

How did Zoom, and its founder Eric Yuan, overtake other established video conferencing systems so quickly — establishing dominance over alternatives likes Skype and Whatsapp?

First note: Zoom has been going for a long time.

Founder Eric Yuan has been working on videoconferencing software since the late ‘90s, when he moved to the US from China and got a job at the company WebEx. When this was sold to Cisco in 2007 for billions of dollars, Yuan became Cisco’s Vice President of Engineering and earned what CNBC describes as a “very high six-figure” salary.

But he was unhappy with how the product was working, so decided to leave the role and develop his own video conferencing software. Yuan set up Zoom in 2011 alongside 40 engineers he took with him from Cisco, launching the first product in 2013. 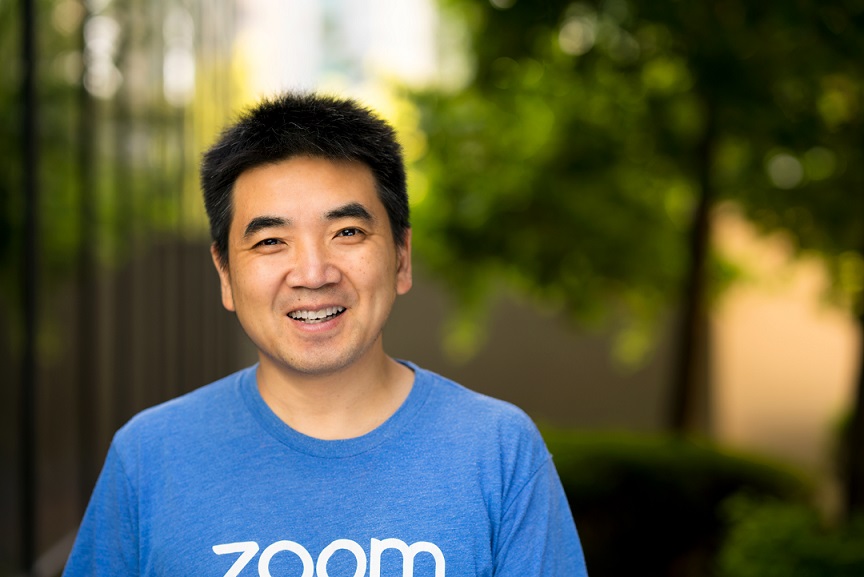 Yuan is focused on user experience

Zoom was immediately a hit with businesses. By 2015, over 40 million people had participated in Zoom video calls. Part of the charm was ease: users just had to click on a link to join a call, without having to download anything. The service was free, with meetings of up to 40 minutes with 100 different participants at the same time, and infinitely more reliable than competitors like Skype that often lagged and cut out.

This commitment to tech comes across in Yuan’s demeanour. When Zoom was in its infancy, he says he replied to every single user who decided to leave the platform to ask them why they were doing so — and to convince them to stay.

He also stresses that his focus is definitely not market share. When asked how Zoom was booming, while every other market was plunging, Yuan told Associated Press: “It’s good that I am 50 now. If you had asked me this question when I was 25, I would tell you, ‘Yes, we are very excited about the stock price! But, now, seriously, I can tell you the truth, it don’t matter.

“If the stock is up, it’s good for our investors. If it’s down, we keep working hard. I really do not focus on the stock price.”

The company reached revenues of $620m in 2019, and when it went public in the same year, CNBC says it was “one of the year’s most successful public debuts.” When it went public, the company was valued at $16bn. Some estimates now put it at $42bn.

But it has no intention of stopping any time soon. “One thing I know for sure is that companies will learn this is the way to work,” Yuan told Associated Press, in a story on Japan Today. “I am pretty sure almost every company will be thinking about it and say, ‘Hey, maybe working from home makes sense,’ and maybe let every employee work from home, maybe once a week. Previously, a lot of businesses didn’t even want to try.”

Yuan added to CNBC that the aim was to reach every single office worker worldwide — a total of one billion users, or 1/8th of the entire planet. “So, given where we are now…I would think that we literally just started,” Yuan said.

This morning I chaired the first ever digital Cabinet.

Our message to the public is: stay at home, protect the NHS, save lives. #StayHomeSaveLives pic.twitter.com/pgeRc3FHIp

Zoom has come a long way from the daydreams Yuan reportedly had on 10 hour train journeys to see his girlfriend while at university.

But as with many tech miracles, there’s often a price to pay for such growth.

As set out in a video by Nicholas Thompson, Editor in Chief of Wired magazine, Zoom has spent the past year weathering privacy concerns. First, there were issues about how easy it was to hack into Zoom links on web browser Safari. Then, that Zoom was relaying information about its users to Facebook — many times without their consent.

Thompson then shared stories about how Zoom’s comments that its meetings were end-to-end encrypted had been debunked, and new privacy concerns about accessing meetings with identical email addresses. “None of these things are utterly dreadful or malevolent,” Thompson said in the video. “It’s just a sign that a company that really wanted to win the video conferencing market moved really fast. They prioritised growth over privacy.”

These security concerns have ramifications for people at the top of society. Remember Boris Johnson’s tweet about conducting Government affairs and a coronavirus response via Zoom? Security trainer and “ethical hacker” Jamal Harris wrote on LinkedIn that his team had been able to join password protected meetings on Zoom just by knowing the Meeting ID — something clearly visible in the image shared by Johnson. “Just as a point to note,” he added, referencing the list of users online during the meeting, “did anyone else notice the ‘iPhone’ user at the bottom of the list?”.