Sam Clarke is the living embodiment of the phrase, “You only have one life. Live it.”

In Summer 2019, the charismatic 31-year-old Filmmaker, Skydiver, Snowboarder and Mountain Biker quit his job and set off on a 6,000 miles cycle around Europe, promising to chuck himself out of a plane in every city his visits. His exploits earned him national UK press coverage, through the BBC, and even coverage on Slovenian national news.

His adrenaline-fuelled trip aims to raise £20,000 ($25,500) for Alport UK, a charity striving to fund research and provide support networks for patients and families affected by the rare genetic syndrome Alport Syndrome.

Clarke was diagnosed with the condition when he was 18 months old. It causes hearing loss, eye abnormalities, and kidney failure. As Clarke sets out on his website, Scrap The Mask, he wears hearing aids, had lens replacement surgery when he was 18, and has ongoing problems with his central vision. There’s currently no cure.

“It’s a bit like a time bomb really. There’s no way of knowing when your kidneys are going to fail.” That’s what Sam Clarke says his doctor told him when he was 10 years old, as relayed in a video for Rare Disease UK. “I’ve had that dark cloud looming over me all my life,” he adds.

In a series of quite personal vlogs, he says that accepting something “is hardest thing to do.”

“It’s alright forgetting about it, and keeping yourself busy, and doing whatever takes your mind off it, but the fact is, it’s always there.”

Nonetheless, Clarke has found the drive to do just that. He’s been motivated to live life to the full, through sports and adventures. He says he just likes to have fun, stay positive, and be resilient.

In the video, he adds that in December 2018, he found out that his kidneys were likely to fail by the end of 2019. Hence the trip.

Clarke is equally open on his personal website, where he writes that he has hit “some pretty low points” in his life, even when everything “is going just fine.”

“Even with lots of positivity in your life, sometimes nothing can stop the dark cloud that consumes you when you enter the tunnel of negativity. Looking back now, I know that it was caused by loneliness. I felt like I was the only person alive with Alport Syndrome.

“I resented everyone around me for being so young, naive and carefree, but I didn’t even try to tell anyone about it. I was disconnected, struggling to adapt to educational life, having spent 6 years in the ‘real world’, and I even found myself resenting people for not having anything wrong with them!”

At first, he decided he had to choose to either choose between living in fear or living for the moment. Then he decided that it doesn’t have to be one or the other.

“I try to look at my life in a positive light as often as I can, because it really makes me feel happy to be alive,” adds on the site. “Hopefully during any rough times ahead, I can put the reasons why I’m feeling grotty into perspective and cut the negativity short before it gets dangerous again.

“ I aim to continue to share my story, adventures and progress and hopefully connect with others who have the same lust for life!”

In BBC coverage of the bike ride, Clarke stresses that his goal is not to break records with the cycle. “I just want to prove that if there’s something you want to do in life, don’t wait. Just go out there and get it done. Get out there, make the time, find the money, whatever you need to do.

“Life is short and we have to make the most of it now. And that’s what this is about: just getting out there and grabbing it.”

In a Facebook post from December 2019, Clarke wrote: “I thought I’d be on dialysis by now… but 2640 miles on my bicycle later and my kidney function hasn’t even changed.

“Mind over matter is REAL.” 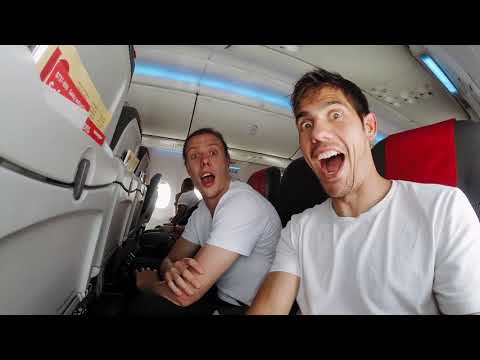