Sally Jewel is the interim CEO for the Nature Conservancy, one of largest and oldest environmental organisations in the US. Over almost 70 years of action, it has protected around 120,000,000 acres of land, and in 2008, launched a campaign to plant a billion trees. Disneynature, Penguin Books, At&T and Visa have sponsored the campaign.

Before this, Jewell — a self-described “science nerd, nature enthusiast, indigenous rights supporter” — was US Secretary of the Interior from 2013 to 2017. Across this time, she was reportedly recognised for using a “science-based, landscape-level, collaborative approach to natural resources management.”

The Nature Conservancy has produced studies on the impact of finance and policy to enable tree planting for public health. These emphasise trees’ positive impact on reducing depression, improving productivity, and boosting educational outcomes. It says this would tackle the three to four million people around the world who die as a result of air pollution every year.

“The Nature Conservancy is unique in its global reach, effective through its vast network of local chapters, dedicated trustees and on-the-ground relationships, and creative in its engagement with the business and global finance communities,” Jewell told POLITICO, when she became interim CEO. “Our strength has always been in our people, and we recognize this comes with great responsibility to provide this team a supportive, open and inclusive work environment so everyone can thrive.”

Commentators wrote that Jewell would be able to add political experience and private sector nous to Nature Conservancy, which is known for a blend of free market conservation approaches and partnerships with multinational corporations.

Jewell is also President of the University of Washington’s College of the Environment, and uses her platform to raise awareness about legislative amendments that would help the state conserve clean water and wildlife habitat. 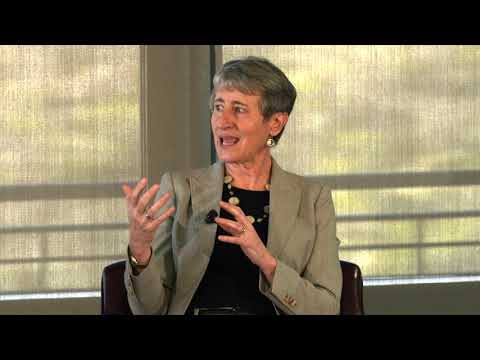