Robert Luo is the CEO and founder of, Mi Terro, a Los Angeles-based startup that is shining a light on the amount of waste produced by the dairy industry by creating sustainable fabrics from unused milk.

“Do you know that 128 million tons of dairy products are dumped every year globally? I am really upset by such a tremendous amount of dairy waste,” Luo told Forbes. “Our goal is to educate the public that we are consuming too many dairy products and we need to cut down on our food waste.”

The company sources excess milk from a partnering dairy farm in China and then transforms it into fibres used to make lightweight and durable t-shirts.

The process involves skimming milk to remove fats before de-watering it to become powdered milk. It is then dissolved and purified to remove and substances that are not casein—the proteins that make up a large proportion of milk.

Once the casein is isolated, it is immersed in an alkali solution and passed through a spinneret to solidify the proteins into fibres. After this, it is removed from the alkali solution and the fibres are stretched, spun into yarn and ready to be used in the manufacturing of clothing.

Mi Terro says that the final fabric is silk-like and three times softer than normal cotton.

According to Luo, there are only two companies in China capable of transforming milk into fabric. Thus, the company plans to find new avenues to source unwanted milk and is planning on partnering with supermarkets to make use of their unsold milk.

As well as finding a fashionable use for old milk, Mi Terro also makes travel bags from natural cork and recycled ocean plastic.

Proving that the company has sustainability at the heart of their business, Mi Terro partners with the Eden Reforestation Project to plant 10 trees for every product they sell, planting over 2,700 so far.

Their goal is to plant one million trees within the next five years.

Since launching on Kickstarter in August 2019 (the campaign was fully funded within two hours) Mi Terro has garnered international attention with mentions in Forbes, Vogue and The Hindu to name a few.

The startup also recently announced that through partnerships with C99 and Smart Hero its products will be sold from China. 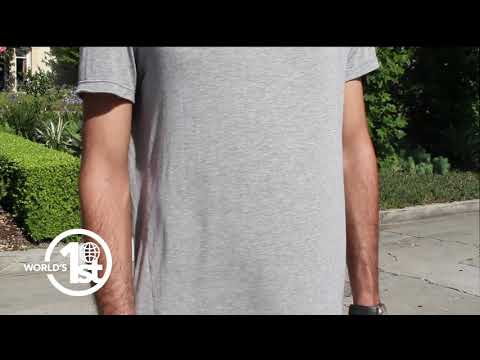