Photo by ROOM on Unsplash
Photo on Atomico

It wouldn’t be a stretch to say that within tech circles – and increasingly the world of venture capital — Niklas Zennström’s name is legendary.

He’s the man who co-founded Skype, a company that revolutionised international communication by making phone calls free for millions of people.

He’s the man who won big from the biggest exit in European tech in 2005, when Skype was sold to eBay, and won again when the company was sold on to Microsoft for $8.5bn in 2011.

He co-founded to Kazaa, a file-sharing service that rivalled Napster, and in 2007 set up Zennström Philanthropies to support human rights and environmental programmes.

In an in-depth profile of Zennström, Techcrunch’s Steve O’Hear writes that the business leader is well-known for his unceasing ambition. Colleagues reportedly considered getting a pair of brass balls made to commemorate Zennström’s feared negotiating skills after a particular deal.

The 53-year-old is now a founding partner of Mayfair-based venture capital firm Atomico, which manages $1.5bn of capital. It’s mainly focused on Series A funding, across everything from software to ‘deep tech’. The firm is known for its risk-heavy “moonshot investments”, which have included vertical take-off and landing (VTOL) jet company Lilium, and Graphcore, which designs chips for artificial intelligence.

Speaking to TechCrunch, Zennström says Atomico wants to back founders building technology that has a positive impact on society. “What we’ve seen over the last few years is more and more founders who are building companies to address world problems, whether that is sustainability problems, trying to fix education, trying to fix healthcare, using AI to massively improve the detection of diseases, or treating mental illness, fixing transportation, fixing the food chain that is broken.

“If we can support those entrepreneurs who are going after these big opportunities, bigger problems, and if some of those companies can be successful, that can be a positive impact on some pretty urgent challenges we have in this world.”

Atomico is well-known for its annual overviews of the European Tech Sector. The most recent report, covered in the Evening Standard, found that 93% of VC funds raised in 2018 went to all-male teams, compared to just 1% that went to all-female companies.

Zennstrom is also a dedicated yachtsman, having invested much of his $900m personal fortune (2015 estimates) in yachts that have won major races. 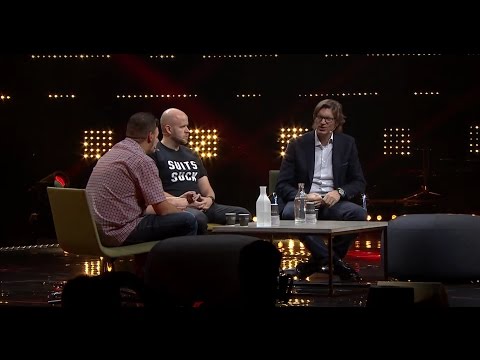