Photo on anysmartgirls
Photo by BET

Although only twelve years old, Mari Copeny from Flint, Michigan, is perhaps one of the highest profile young climate activists in the US. She is the founder of #DearFlintKids, #WednesdaysForWater, and sets out in her profile that she is “Future President.” She has more than 115,000 followers on Twitter.

As explained in Vox, her journey started when she wrote a letter to former US President Barack Obama in 2016 asking him to do something about the water crisis. High levels of lead in the water, the result of authority mismanagement, were the problem in Flint. Officials from Michigan’s Department of Environmental Quality ignored the complaints from Flint residents for month about the quality of their water — expressing concern that it smelled strange, was discoloured and was undrinkable.

Now officials in the state estimate that almost 9,000 children under 6 years old have been exposed to dangerously high levels of lead — something Copeny tells Vox means they may develop long-term health problems across the rest of their lives.

“There are dozens of Flints across the country,” she tells the site. “Cases of environmental racism are on the rise and disproportionately affect communities of people of color and indigenous communities.”

Vox adds Flint is almost 54% Black, and over 40% of residents live below the poverty level — making the area the recipient of disproportionate impacts of environmental issues like pollution or extreme weather.

Copeny also holds weekly water distribution events for thousands of Flint residents who otherwise would not have had access to clean water. She’s raised nearly $130,000 for a partnership with a filtration company to make a water filter, providing the equivalent of 160 water bottles for every dollar donated. Her efforts are also focused on finding clean water solutions for the areas of Newark, New Jersey, Pittsburgh, Pennsylvania and even bits of New York City.

Through Twitter, she’s also a very active presence discussing everything from highlighting an end to period poverty; supporting young activists in access to a better living wage; and covering the plight of migrant children on the border.

Instyle also reports that she advocates for an anti-bullying campaign, and the distribution of 15,000 stocked backpacks for local kids.

“My advice to girls is to always believe in yourself and in the work that you are doing, even if the work is hard and it sometimes feels impossible,” she told Today. “You can do it. You can change the world right now. You don’t have to wait until you grow up.” 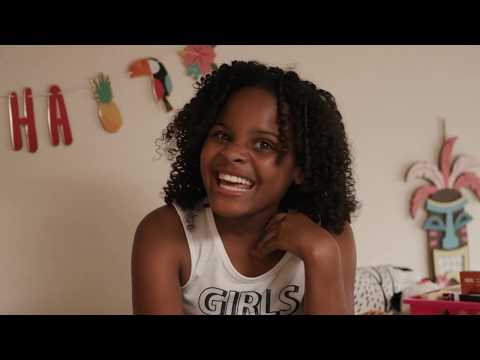