23 year old Luisa Neubauer, a co-founder of Fridays for Future Germany — renowned for drawing over a million young people together in recent climate strikes — is a fiery, charismatic activist and one of the most recognisable faces across the entire global climate strike movement. She counts over 140,000 followers across Twitter and Instagram and is regularly seen leading climate marches, holding national politicians to account and making international media appearances.

Her TEDx talk on why everyone must be a climate activist has racked up 1.5m views, and she’s just published a book, ‘Vom Ende Der KlimaKrise’ (From the End of the Climate Crisis), alongside political economist Alexander Repenning.

Neubauer campaigns strongly for politicians to abandon the “religiosity” of the market economy and to break away from “Gross Domestic Product Fanaticism”, stressing that the world is still too trapped in oil, coal and gas-dominated fossil infrastructures.

“We need a climate revolution,” she says in her TED talk. “And for that to happen, the world needs to stop relying on one or two or three million climate strikers to sort that out.

“We are not the limit. We are the start. This is not a job for a single generation. This is a job for humanity.”

Neubauer’s urge to protect the environment grew through school and in undertaking a Geography degree. But it was a chance meeting with Greta Thunberg at the United Nations Climate Change Conference in December 2018 — and a decisioon to join in her climate strike right there at the conference — that spurred her on to launch a climate activism movement in Germany.

Through her TED talk, Neubauer sets out four steps for people to confront the climate crisis. This begins with a “drastic reframing” of our understanding of a climate activist, from individuals who have “read every study” to simply every worker, family member, voter. She calls for people to get out of their comfort zones, as threats of mass extinctions and soil degradations “come with a responsibility that this crisis requires you to grow up to.” For Neubaeur, this means pressuring the company you work for to fulfil the Paris Agreement; or forcing newspapers to challenge decision makers on their climate record in every single interview.

“If you’re a singer, sing about this,” she adds. “If you’re a teacher, teach about this. If you have a bank account, tell your bank you’re going to leave if they keep investing in fossil fuels.”

In Germany and on social media she’s a playful and relentless force for change. In a recent debate about Germany’s climate record, she skillfully held German Economics Minister Peter Altmaier to account for failing to fulfil the country’s obligations under the Paris Agreement. Published in Der Spiegel, the transcript sees her rebut arguments on economics, capacity and previous action, stressing that the only way to decrease CO2 emissions by the necessary 18% per year is through radical action — such as the immediate closure of 14 coal fired power plants.

“I dream of this world where geography classes teach about the climate crisis as this one greatest challenge that was won by people like you and me who had started acting in time,” she adds in her TED talk. “Because they understood they had nothing to lose and everything to gain.

“So why not give it a go? No one else will save this future for us.” 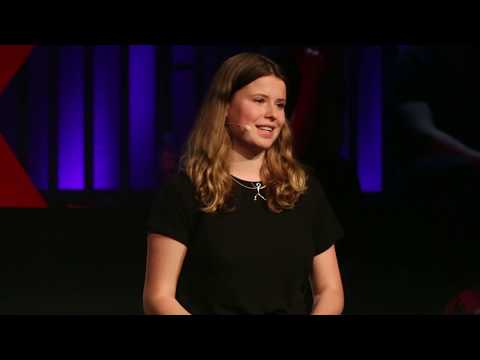