Jon Roozenbeek is pioneering a new line of behavioural science research aimed at empowering diverse populations to guard themselves against the spread of misinformation in society.

He is a researcher at Cambridge University who has believed he has created a psychological vaccine to “fake news.”

To create the game, Roozenbeek worked alongside Sander van der Linden, a social psychology professor at Cambridge University and his teammates at the Dutch media platform DROG.

The game engine is capable of rendering text boxes, images, and Twitter posts to simulate the spread of online news and media. The game is choice-based meaning that players are presented with various options that will affect their pathway throughout the game.

The purpose is to attract as many followers as possible while also maximising credibility.

The game draws on an inoculation metaphor, where preemptively exposing, warning, and familiarising people with the strategies used in the production of fake news helps confer cognitive immunity when exposed to real misinformation.

According to his recent study published in Nature, people’s ability to spot and resist misinformation improves after gameplay, irrespective of education, age, political ideology, and cognitive style.

The Bad News team are hoping to conduct further studies.

Bad News: The Game that Could “Vaccinate” Against Online Misinformation 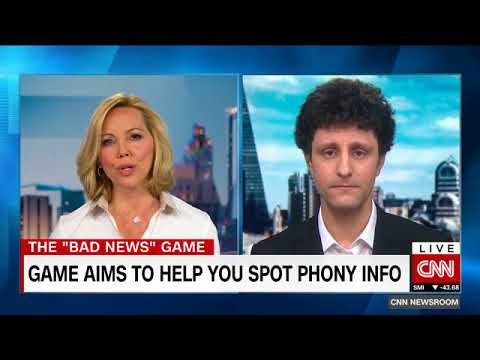