Dr. Daniel Wallerstorfer is a biotechnologist, geneticist, and entrepreneur. He is the co-founder, CEO, and CTO of Rootine Vitamins, the founder and CEO of Novogenia, and the CEO of several companies acquired under Novogenia, including Genome Plus, Innovogene, DNA Plus, and Genosense Diagnostics.

“Ever since I was 13 watching Jurassic Park I have been interested in genetics and have wanted to become a geneticist,” he said in an interview with Pharma Boardroom. “After completing a PhD in the field of biotechnology in the United Kingdom, I realised human medical genetics was mostly utilized for damage control purposes rather than prevention measures. I constructed a business plan with the intention of preventing genetic diseases and shortly after returning to Austria, I approached a few investors and founded [Novogenia] in 2009.”

The lab has since grown to become one of Europe’s top lifestyle and genetic diagnostics laboratories as well as a global pioneer in preventive genetic diagnostics. Novogenia supplies 75 percent of the European genetic testing market and is one of the few companies of this sort to have its own laboratory.

In 2011, Novogenia launched the Novogenia laboratory network. Shortly after, over 100 medical genetic laboratories were added to this network. The following year, Novogenia acquired Genosense Diagnostics, the global pioneer in preventive genetic diagnostics. In 2013, Novogenia started to extend its portfolio to areas such as dietary supplements based on genetic data, and the subsequent project, Genome Plus, was launched in 2014.

Dr. Wallerstorfer received both his bachelor’s in molecular biology and his PhD in biotechnology at the University of Manchester in the United Kingdom.

Could Vitamins Customised to Your DNA Make a Difference in Your Health? 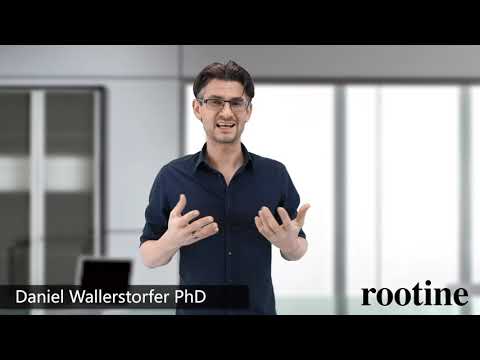