39 year-old Alicia Garza is an American civil rights activist and writer from California. She’s best known for co-founding Black Lives Matter in 2013, in the wake of George Zimmerman’s acquittal on the charge of murder of Black teen Trayvon Martin.

Black Lives Matter is often heralded as a rare 21st success — an “online conversation that translated to action offline.” The Guardian relays how there are more than 35 chapters across the US, with the movement organising protests, community contributions and traditional activism.

Garza was born in California in 1981, the child of a white Jewish father and a black mother. She began organising from a very young age, fighting for classmates to have access to information on reproductive health and contraceptives.

In 2018, she launched Black Futures Lab (BFL), which has a goal to engage with and advocate for organisations to advance local, state and federal policies to make black communities stronger. BFL’s political wing, the Black to the Future Action Fund, has recently been hosting a series of interviews with Democratic Presidential candidates, including Bernie Sanders, Elizabeth Warren and Pete Buttigieg.

She hosts a podcast, Sunstorm, alongside the National Domestic Workers Alliance Director Ai-jen Poo. One recent guest was Tarana Burke, who spoke strongly about the need to “shift how people understand survival.”

Through her social media page, she warns about the need to do more to reach and influence Black communities. “I’ve been saying this for a long time but it bears repeating — Dems cannot afford to lose Black communities, but MUST do the work to win us back,” she writes in one post.

The activist has also written for publications including The Guardian, The Nation, and Rolling Stone.

The Donations-Only Restaurant “Where All Are Welcome” 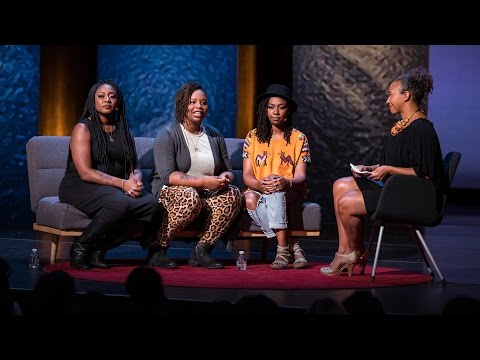