Alice Nkom is a barrier-breaking lawyer who became the first female barrister in her country of Cameroon when she was just 24.
She is well known and loved by the LGBTQ+ activist community across the world for her legal advocacy for gay rights.

Born in Poutkak, Cameroon in West Africa, she is one of 11 children. She pursued her education in law at the University of Toulouse in France between the years 1963 and 1964 before returning to Africa to complete her studies at the Federal University of Cameroon.

In Cameroon, same-sex relationships are banned under the criminal code. Those convicted receive between six months and five years in prison, and fines ranging between 20,000 and 200,000 West African CFA Francs. That coverts to approximately $345 the U.S.

In 2003 in an effort to provide support and legal defence to LGBTQ persons in Cameroon, Nkom founded the nonprofit Association for the Defence of Homosexuals (ADEFHO). It is the only group to do this pro bono advocacy work in her country or the rest of Western Africa. In Cameroon, engaging in same-gender sexual acts can lead to fines and imprisonment with many people being arrested on mere rumour.

By 2011, Nkom had participated in 50 trials of LGBTQ people and facilitated the release of an additional 50 clients without trials. That same year the European Union granted ADEFHO a 300,000 Euro grant, which Cameroon officials interpreted as a blatant disregard for Cameroon laws. Because of her work and the growing international prominence of ADEFHO, the Cameroon government threatened to arrest Nkom in January 2011. That arrest never occurred which Nkom credits to her international support.

Nkom’s most famous case began in 2005 when she defended the Yaoundé 11, a group of men arrested that year during a raid on a gay bar in Cameroon’s capital city. They were held in prison for a year, meanwhile, the case garnered international attention.

In 2006, the United Nations Working Group on Arbitrary Detention condemned Cameroon for detaining the men solely due to their presumed sexual orientation. It also declared the anti-homosexuality offences in Cameroon’s Penal Code as contrary to international human rights law. The African Commission on Human and Peoples’ Rights also challenged the men’s continued detention.

Although the awareness that the case spread was a major human rights victory, Cameroon’s government in 2011 introduced new laws to link homosexuality to paedophilia. These are laws that Nkom continues to challenge. 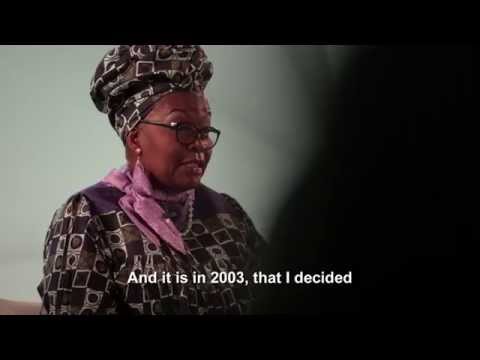