Women Are Key in Colombia's Struggle to Go Landmine-Free

Women of all ages are risking their lives each day to empower local communities and help internally displaced people return home.

The destructive effects of war don’t end the moment fighting officially stops. Pain and loss may never be healed, and there are practical concerns — internal displacement of people, who have fled to safer areas to escape violence, and the ongoing presence of dangerous military infrastructure.

This is particularly prevalent in Colombia, which is emerging out of a 50 year armed struggle between rebel groups and the Government. One of the most dangerous legacies of the half a century conflict is the widespread presence of unpredictable landmines, which have to date injured an estimated 11,000 people and been a major roadblock in the return of the almost eight million people (15% of the population) living elsewhere within the country to escape the violence.

Numerous charities are fighting to address these issues. One of the largest and most well-established is Humanity & Inclusion (HI), the co-holder of the Nobel Peace Prize 1997 for its action in the fight against anti-personnel mines. It employs more than two million people in 63 countries around the world and started working in Colombia in 1998.

HI offers assistance to victims, alongside education about the risks of such technology. Its focus is humanitarian, in making the land safer for people to live and work on, and clearing the necessary space for people to be able to return home — by de-mining.

De-mining is a slow, difficult and risky process. Yet it’s worked on by all sorts of people: HI estimates that at least 40% of the deminers in the country are women, a reflection of the high proportion of women in the country and the ability to offer advancement opportunities to everyone. 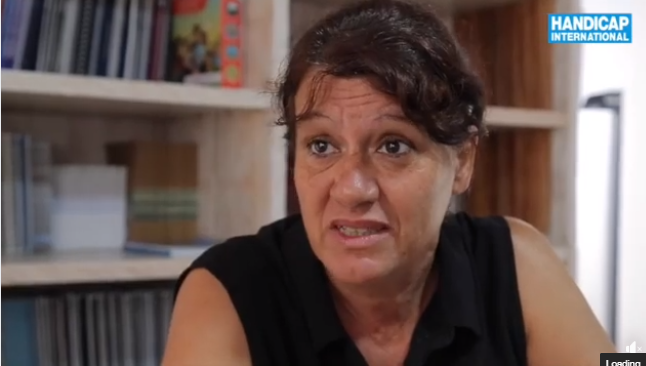 Colombia Director of HI Irene Manterola (pictured above) said that overall, there were 17 women and 33 men on the main de-mining team. “Women play a vital role in mine clearance. They are responsible, highly motivated, and their social skills are essential if you’re living in camps with other people.”

She said that the women build relationships with villagers, who tell them where to go about finding the hard-to-reach mines. “By giving women an opportunity to determine, HI is gradually helping to improve their image in a country which is still considered to celebrate machismo.”

Marta Quintero, someone who had a close call with a landmine as a child, is now Humanity & Inclusion’s mine clearance operations manager in Meta. “I really love my work,” she said in a post on HI’s website, but added how difficult the process of overseeing mine cleaning operations is. “We spend more than 90% of the time on our knees. We know when an operation starts, but we don’t know when it will end. Removing landmines can take months or even years. It’s difficult to describe just how happy I feel when I’ve finished clearing a mined area.” 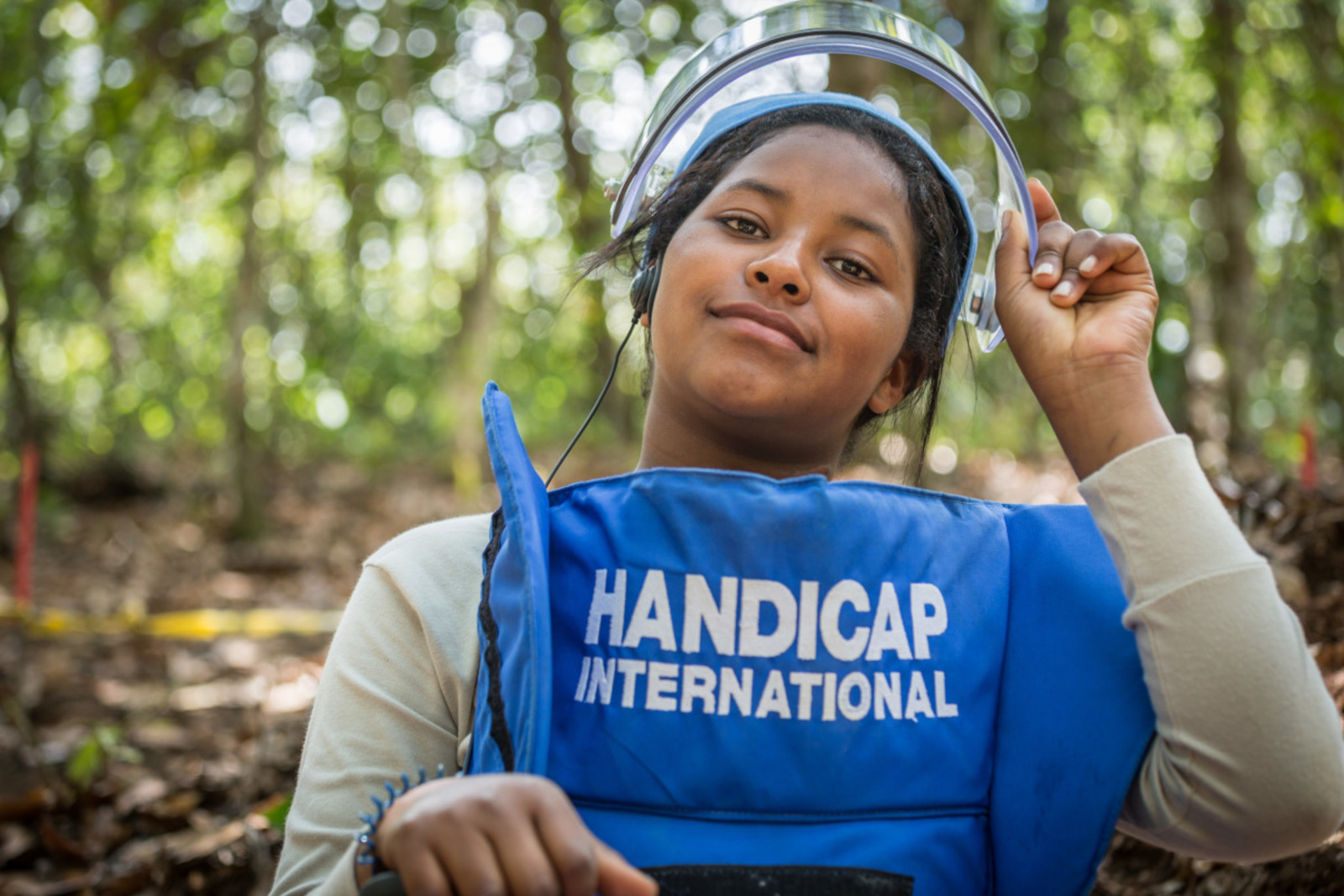 Another woman, 19-year-old Leonela (above), from a small village in Cauca, took on a de-mining role in order to gain a bit of financial independence from her family. “We started working in la Venta, Cajibío, in July 2017,” she says on the HI website. “ I cut the grass, prod the earth, and gradually move forward. It’s physical work. I know the risks but I tell myself everything is going to be alright.

“I’m proud of doing something to bring about peace in my country.”

The BBC covers the story of 24 year-old Saola Sanchez, who “risks her life every day” to deactivate the landmines and bombs that cover the forest. She said the worst thing about the mines is the damage they cause a whole family. “Mines don’t just take a loved one away from you, but also leave you without economic resources, with mental health problems, and willing to hate the one who put it there and the whole world.”

She also explained why she felt so proud in the role. “Because on top of contributing to the peace process, we are giving back land so that people can work. We are giving back to the economy.”

To date, Humanity and Inclusion has cleaned over 100 metres squared of land, and last year destroyed a total of 189 artefacts and 21 anti-personnel mines.