With Wootzano Electronic Skin, Robots Can Touch And Feel

Nanotechnology expert Atif Syed's company, Wootzano, is set to shake up industries that are too dangerous or mundane for humans.

What is the key difference between humans, and the robots programmed to do human-like work?

We can feel, and they can’t.

Wootzano, a rapidly-growing company based in Sedgefield, Northeast England, is pioneering a solution. Its nanotechnology-infused robotic skin, designed by founder and CEO Atif Syed, can be stretched over hand-like structures to measure pressure, firmness and temperature.

In this way, robots can touch, feel and manipulate objects like a human.

“Robotic skin needs to be able to have a very accurate way to measure softness, how slippery something is, all those motions, in a fraction of a second, as we would do,” Syed told Global Shakers via video link earlier this week. “It needs to be intuitive. Wootzano skin enables that instant feedback, [for robots] to become more dexterous.”

While robots can currently follow a pre-programmed set of actions, they cannot yet understand what they’re holding onto and react accordingly. Fixing this gap has huge potential commercial applications, particularly in roles that are too dangerous or monotonous for humans — such as decommissioning nuclear reactors, or repairing off-shore wind farms. 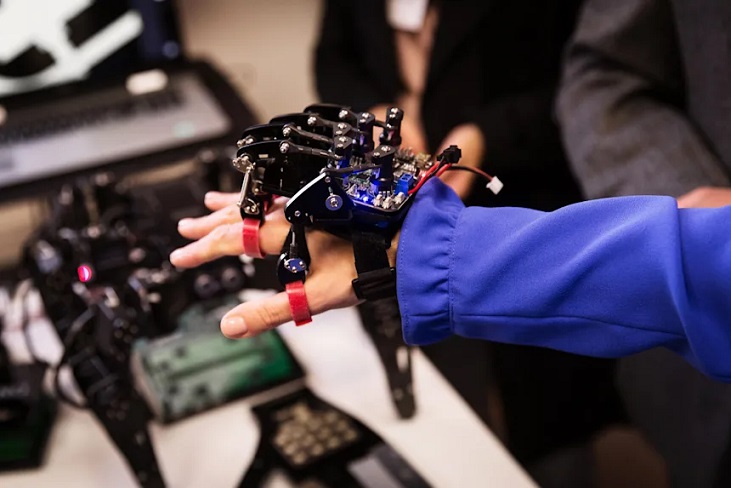 Syed came to the “Wootzkin” as a result of almost a decade of study, which began with work on a drug delivery system as an alternative to chemotherapy.

He soon realised that the materials he was using could have unique applications outside of medicine. “You could actually put electronic circuitry on top of the substrates and stretch, bend, all sorts of things without damaging the actual metal. We’re talking about metal which is very strong, deposited on a substrate which is very soft, without permanently damaging the metal. All of that can be done using existing electronic processing tools.”

Syed decided to take his innovation and pivot away from biological applications to his other passions, robotics and Artificial Intelligence (AI). This was spurred on by a chance meeting with an executive from a large supermarket, who told him about the desire to bring robotics to the packaging industry — a world currently populated by thousands of human pickers, who manually sort through the fruit and vegetables at ‘pack houses’ and prepare the produce for supermarkets. 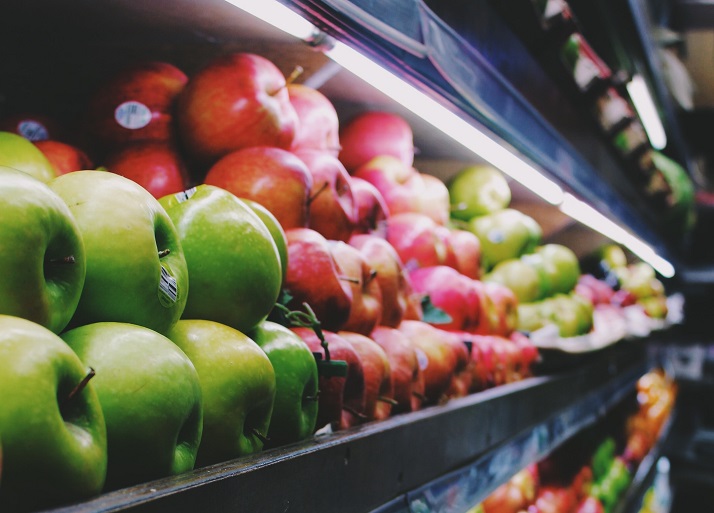 Fruit in a supermarket. Photo by Alina Grubnyak on Unsplash

Syed learned that there were clear unpredictabilities in the industry. Demand varies depending on the season. Supermarkets, which have drastically different requirements for the same fruits, can reject produce if it fails particularly strict requirements. As most pickers working in the packhouses are on zero-hour contracts, there’s a very large staff turnover — bad for the workers, who face constant instability; bad for the companies, who spend considerable resources looking for new workers; and bad for product consistency, as the workforce is in constant flux.

“These are the real people feeding the nation, and they all work on razor-thin margins,” Syed said. “The supermarkets have more than one supplier, for risk management. So the pack houses are competing among themselves on price….it’s a very difficult industry.”

Enter Wootzano. Syed’s skin-clad robotic system can not only safely pick the fruits and put them in relevant containers, but also provide data on contact temperature and firmness — allowing packhouses to determine how long the produce will remain fresh for.

“This could make or break a packaging business,” Syed said. “If you know exactly which punnet a piece of fruit needs to go in, and know if it needs to be shipped tomorrow, or next week, you could have dynamic pricing for your supermarkets. All these things that pack houses are not able to do because they don’t have the data.”

Wootzano already has vast swathes of customers from medium-sized packhouses in the UK. The company says its robots provide a return on investment within six months to a year, depending on the volume of products being packaged every month, and plans to reach about 45% of packhouses by the end of 2021.

There are also plans in motion to use the skin in other settings, such as helping amputees regain feeling via prosthetic limbs, and to using skin-clad robots in nuclear and other dangerous settings.

Presenting Wootzano to the audience at Pitch@Palace 10.0 Boot Camp in Cambridge. It has l been an exhilarating experience. I am grateful to be given this opportunity to present at this stage. Looking forward to pitch at the Buckingham Palace in November! #PitchAtPalace #BootCamp #Wootzano

Wootzano says that its packhouse robots can do the work of three humans. Which leads to the obvious question: what does this mean for the human workers who will lose their jobs?

Syed thought deeply about the question.

“I’ve often been put on the spot, asked about all the pickers who might be relying on that source of income to feed their families. And to an extent, I understand what that is. But the problem — and this might be an untraditional way of answering this — is that all the workers are on zero-hours contracts. They’re not really employed,” he said.

“You can’t really make a plan for your life on a zero-hours contract. You can’t say I’m going to buy a house on a contract that doesn’t even tell me when I’m going to get my next job.”

He continued: “In the first place, robot workers remove exploitation by companies who get people at minimum wage and ask them to work at times in very horrid conditions, in repeated, laborious tasks. The human brain is capable of doing much more than that. By removing the more mundane and laborious tasks to automated systems, for now, humans are able to do more creative thinking and skilled work.”

Syed added that we were approaching the next industrial revolution, which naturally means jobs shift from one sector to another. He said it was the responsibility of Governments to retrain people and prepare for these changes, and that companies like his would be happy to participate in this retraining.

“There are all sorts of areas in which robots cannot, at least in the very near future, overtake human thinking.”

He continued: “I think at the very end you need humans to do the more creative thinking and let the machines…do what they do best.”

The Google For Scent: Stratuscent Unveils Its Digital Nose

Briggo Coffee Robots Could be Your Next Barista

Small Robot Company Is About to Turn Farming Upside Down