With The Midnight Gospel, Duncan Trussell Has Created A Trippy New TV Genre

“Can I, err… interview you for my spacecast?”

Clancy Gilroy, in the form of a musical rainbow, has just crash landed in a soul prison and is looking up at two inmates from a pile of rubble. “It goes out into space,” he adds, hopefully.

After choosing a simulated world and an appropriate avatar, so begins each of Clancy’s adventures in the 8-part Netflix series The Midnight Gospel. The interviewees (a robot with a goldfish bowl for a head, an enormous medieval warrior) almost uniformly say yes, then take our hero along as they move through their world — battling against a horde of zombies, trying to break out of prison — and discuss everything from reality to death and loneliness.

The show, developed alongside Adventure Time creator Pendleton Ward, is an animated version of comedian Duncan Trussell’s podcast Family Hour. A discussion about accepting death with the writer Anne Lamont is transformed into a psychedelic journey through a clown planet while an animal approaches a meat grinder. An episode trekking through a haunted forest gives space for Clancy (Duncan) to muse on forgiveness with vipassana teacher Trudy Goodman.

It’s this new way of packaging the conversations that perhaps makes them more memorable and poignant than they would be otherwise. In one episode, where Clancy gets full of rage and ends up visiting a meditation guru (real life meditation expert David Nichtern), he’s told that “if you’re caught up in your story, it’s like living in a tiny apartment, with just enough room for you and your little mattress. The moment you get a little space between yourself and your thoughts, it’s like moving into a much bigger house. Then there’s room to invite people in. There’s space for you, and there’s space for them.”

In a moving episode with his mum, Deneen Fendig, who had late stage cancer when the podcast was recorded, Clancy is told that “The closer I get to physical death, the more alive I feel.

“And the more present I feel. And the more real I am. And I realise that I have no idea what lies on the other side of physical death, but that there is so much aliveness that is building in me that I can’t help but think there is some connection between that and the movement toward physical death.”

What makes Midnight Gospel work — and so endearing — is Trussell. The comedian approaches every topic with such wide-eyed curiosity and humour that you can forget you’re listening to emotionally arresting conversations, and just enjoy the show as a trippy TV cartoon. The fourth wall is continually broken, with some of the guests accidentally referring to Clancy as ‘Duncan’, or making reference to having done a certain stretch of work in LA. But this doesn’t stop The Midnight Gospel from working. If anything, it makes it work even better: The Midnight Gospel is an emotional journey, made to be watched again, enjoyed as both cartoon and real-world podcast at the same time. 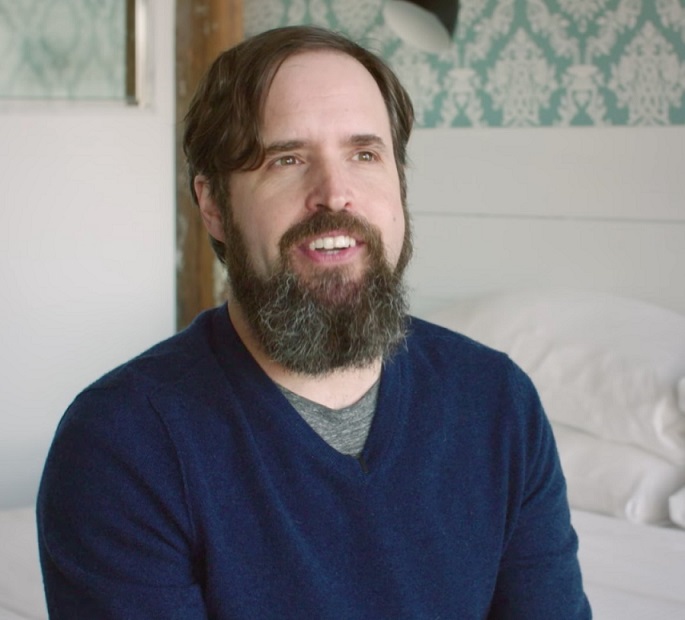 Talking about the show in an interview with The Observer, Trussell explained that co-collaborator Ward “really loved my podcast, and what he really loved about it was some of the spiritual undertones or overtones or through lines that happen with every interview.

“It made him feel good, and I think he identified the way that we were talking about spirituality as being really honest. He wanted to see if there was a way to wrap the podcast up in an animated series so that other people could hear it. How do you say no to that?”