WATER BLOCK Wants to Give Local People Control of Their Cities

Hurricane Katrina was the most damaging storm in US history. Yet few have as close a relationship with the city and its recovery as designer Atianna Cordova, the founder and head of innovative urban design studio WATER BLOCK.

Back in 2005, Cordova was a young kid with a passion for “making art, building things, dancing, and anything else hands on.” She was one of hundreds of thousands of people that were forced out of the city and relocated to neighbouring states.

“After the storm I begged my Mom to come back home,” Cordova tells Global Shakers. “When I returned, the city just felt very different, to say the least. I noticed that there were a lot of spaces that I remembered as a child that were either changing — or the people that I remember from those spaces were no longer there.”

Enrolled by a counsellor, she was able to explore this discomfort through a short architecture programme at the local university. Despite no previous knowledge of the industry — she says she “didn’t even know what architecture was” — the course ended up being a revelation. “Being in the program opened my eyes to how buildings and physical spaces were created,” she told GS. 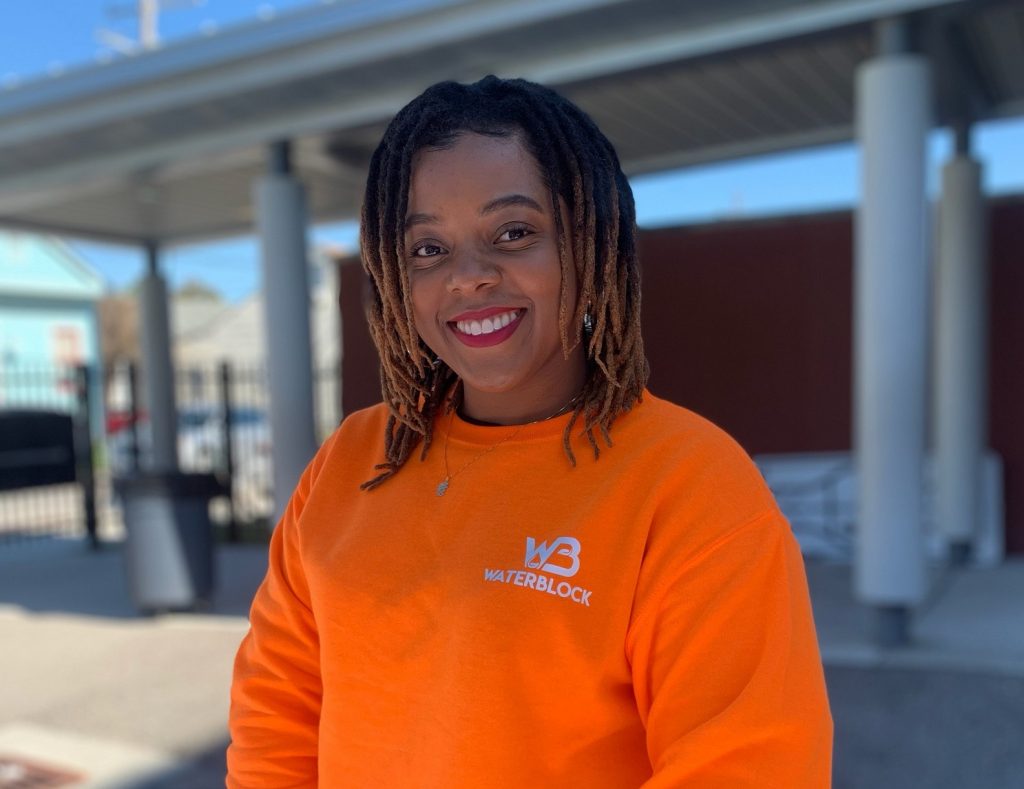 Cordova quickly developed an interest in the built environment and structural injustice. Certain people, she noted, particularly Black women — who only make up 0.4% of all licensed architects in the US — were largely  “missing from conversations about how cities are planned, designed and organised.” These systemic issues became clearer during her university studies in architecture: consistent historical inaccuracies , and shocking common wisdom about who deserved good design.

During her studies, Cordova secured a research fellowship to look at the role architects and designers have in addressing environmental justice and disaster-related events.  Her studies of homelessness in post-Katrina New Orleans and post-earthquake Haiti revealed most interventions failed for a simple reason: they were led by distant, out-of-touch “experts” who made no attempt to put local communities at the heart of decision making.

Cordova, the only Black woman in her graduating class, struck out a new path with an aim to “make design more accessible, and to highlight stories and voices often excluded from design conversations.”

The young designer says “it’s important to acknowledge history when talking about the built environment.” She tells GS that vast swathes of the city have resigned themselves to the annual damage caused by floods and other infrastructure-related inequality. However, she adds, “there are laws that helped create many of these unjust environmental and economic conditions.”

Cordova references the now discontinued Government practice of ‘ redlining’ — a US federal legislation that racially segregated American cities, and helped shape the racial wealth gap today. “While these types of laws are technically illegal,” she adds, “their impact is still present in low income and black communities.”

Cordova was thinking of ways to continue using her personal and professional experience to address environmental challenges. She pitched the idea of an environmental consultancy to a social innovation competition in New Orleans. She ended up winning the competition and launched her company in 2018.

WATER BLOCK, as her company was named, engages people in the design process in a way that is accessible, fun, and much like New Orleans, full of life. In one community, this took the form of a block party to teach people about green infrastructure, community healing and environmental health. In another, there were visioning sessions with artists to help install rain barrels; and in another, a mobile education cart — taking information about the built environment directly to people’s doorsteps, so that they engage right within their neighbourhood block.

“How do we use informal tactics to really engage people in a way that eliminates barriers and is comfortable for them?” — Cordova says this is one of their driving questions. “How are their challenges and desires for the future addressed in city projects, how do we deal with climate and environmental change, and how are these connected to larger regulatory plans for racial reconciliation and economic development?” 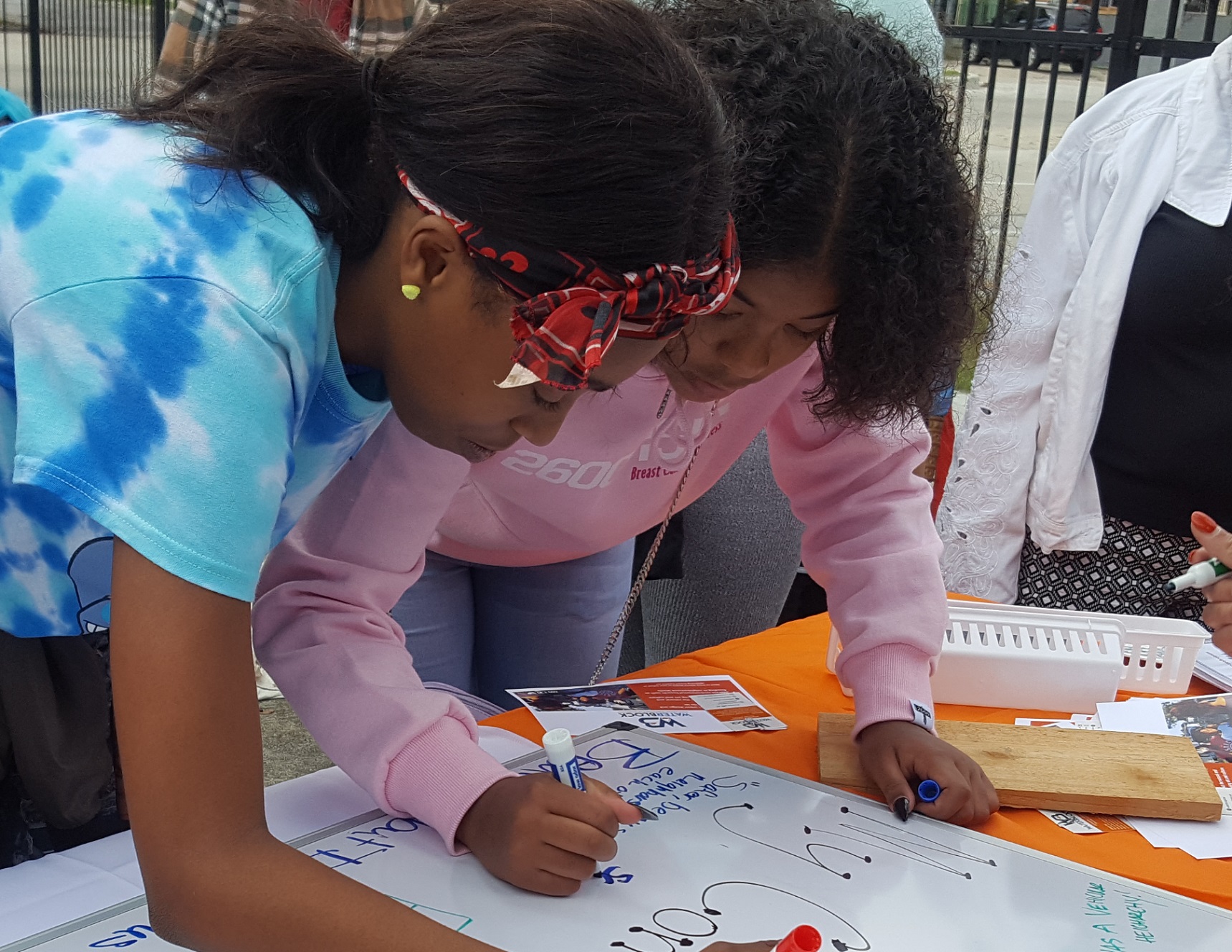 Atianna Cordova is clear that WATER BLOCK‘s work is only part of the change needed to address these entrenched, systemic inequalities. “The design industry is still largely homogenous, and there’s still a lot of traditional mindsets in place that make it hard to move in a more equitable way,” she adds.

She knows leadership across civil society needs to change to include Black, Brown and Indigenous People and Youth to “minimise the gap between the public and decision-makers,” and “reflect the diversity in our communities.”

“I think it’s great that there’s been greater demands for environmental and climate action,” Cordova added. “But if we’re not centring and engaging those placed at the margins of this conversation, we’re not doing much of anything.”

Part of this push includes WATER BLOCK Kids, which carries on work from earlier in her life on youth outreach — teaching young people about design and encouraging them to think critically about the conditions in their cities and neighbourhoods.

It’s really important “for kids to understand that nothing in our built environment is by accident — when there’s drastic flooding in one area of the city, and not in another, those things aren’t coincidences. ” She adds, “Everything is connected whether it be food, transportation, housing or health. They all intersect and are impacted by the decisions being made in our built environment.”

The structure of the programme is still underway, but the initiative is set to launch later this year.

The Indigenous Female Architects Shaking Up the Design World

These Dutch Architects Have Designed a Building Perfect for ‘Green Therapy’