Big business is catching on to the personalisation trend that is twigged to be the future. People want their medicines, clothes and beverages to feel as personal as possible.

That’s why Coca Cola put individual names on its cans for its ‘Share a Coke’ campaign — and saw a 2% increase in sales. It’s why Smirnoff has spent years putting images of individual couples on its Gay Pride-edition vodka bottles.

It’s also why smaller, more locally-focused brands are often doing better than their larger rivals. In the US, sales of craft beers are up 4%, while overall beer sales are down 1%.

One company poised to take advantage of this desire for mass customisation in the drinks industry is Tonejet, based just outside Cambridge. The young company’s expert team of “printhead physicists, ink chemists and printer engineers” has spent years developing Cyclone — a new machine that will change how easily brewers can target individual customers.

Find out how SoluCan are setting the pace for digital beverage can production in North America, with the use of our #Cyclone Printer! https://t.co/uOfaSutM9r #packaging #canning #beverage #marketing #sustainability #retail #branding #northamerica pic.twitter.com/tsurDBOFZn

Tonejet is one of only two companies in the world that can digitally print any design onto a can. It’s much more environmentally sustainable than plastic-infused alternatives, and is almost infinitely flexible — offering brewers the possibility to commit to a production run of just one can, rather than often unaffordable 100,000 print runs demanded by traditional printing methods.

This is incredibly important for smaller drinks brands, or those looking to produce a limited run for a specific sporting event or neighbourhood in a city.

“The commercial reality in 2020 is large manufacturers using technology, and not least digital printing technology, to convert a small number of base products into myriad variants in response to customer orders and fulfilling those orders within hours or days,” Tonejet CEO Rob Day told Global Shakers. “You cannot do that if your product packaging has to be produced using printing plates and labels.

“You need to run software which will compose the packaging artwork from multiple possible design variants, adding barcodes as appropriate, and you need a digital decoration system that will directly print your product packaging in a run length of one, ten or ten thousand as required, without the need for wasteful paper or plastic labels.”

Overall, this technique can cut short-run costs “by around two thirds when compared to labels or sleeves,” Day added. It’s also incredibly dynamic — making it possible for smaller companies to only print onto cans that they know they’re going to sell. 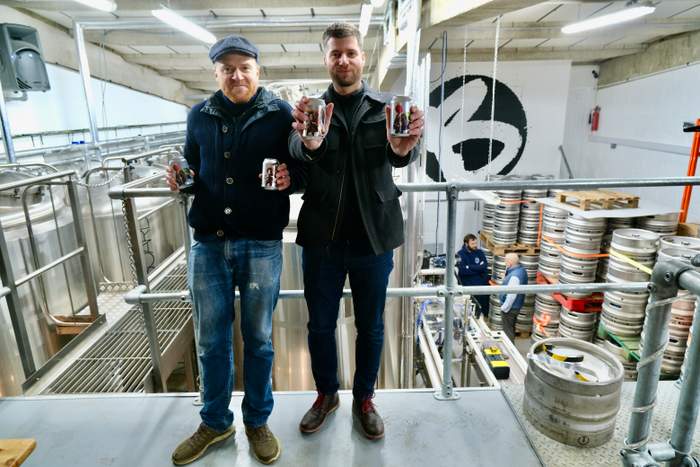 Although Tonejet’s business model is based on selling Cyclone to manufacturers in the industry, it has begun using the printing technology with local companies.

UK-based craft brewer Brewboard is working with Tonejet on a run of brews, which it will use for “highly customised campaigns” across Cambridge and the East Anglia region.

As quoted in Cambridge Network, BrewBoard Co-Founder Oliver Pugh said the small runs will “enable us to win business that we might otherwise have not been able to cater for,” and become “more competitive” through reduced lead times.

Lukas Littva, Digital Print & Image Technician at Tonejet, explained that the run of cans will feature the “unique off-the-wall” designs that Brewboard has become famous for, alongside an “incredibly tasty brew.”

“The designs use our special, proprietary inks to print directly onto the aluminium cans, which are 100% recyclable.”

Tonejet’s Cyclone machine also avoids wastage by printing directly onto the can, rather than making use of a plastic shrink sleeve. It also uses 90% less ink than traditional inkjet systems.

Day was convinced that while traditional printing methods would remain common, as they allow vast quantities of cans to be manufactured at high speeds, the flexible and personalised approach of digital printing would change how the market operates.

“The big can manufacturers are all convinced it’s coming — it might be a five-year journey, or a ten-year journey, they’re all starting to look at where they’re going to put digital in their supply chains,” he told Global Shakers. “It’s something we’re going to see more and more.” 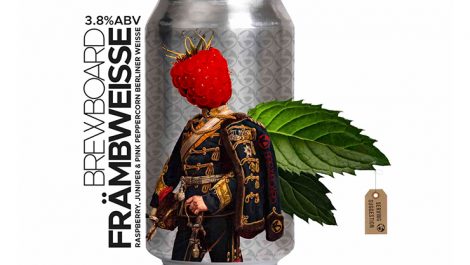 Frambweisse, a craft beer by BrewBoard

Then there’s the high-tech benefit: the ability to link up with technologies like Digimarc and effectively turn the entire can into a scannable code. This opens up the possibility for more creative customer  interaction — such as scan-ready competitions and treasure hunts on individual cans.

Some beer and wine manufacturers have begun embedding such technology on their labels, allowing customers to scan the can with a specific app and see a pre-programmed video, link or augmented reality (AR) sprite.

While sure the innovations would impact the industry, Day was cautious about anticipating revolutionary change.

“As always with technology, people start talking about it at conferences, and then are convinced that next year it’s going to happen and it always takes a bit longer,” he said, adding that they may be most useful for higher-value goods like whiskey, vodka and pharmaceuticals. “When someone buys a pack, the original manufacturer knows this pack created three months ago has just been purchased here. If they start seeing gaps, where their product should be being used, they know there’s a counterfeit problem.”

He was also clear that the developments would have a big impact on social media interactions. “If you can be bothered to scan the code, not only does it do something nice for you, but it’s told the manufacturer via the cloud that somebody just opened their product at that time in that specific moment.

“It gives marketers massive amounts of data about where their products are being used and consumed,” he said, adding obvious concerns about data privacy will need to be considered.

Tonejet is still developing and connecting with brands of various sizes that are interested in purchasing the machine — particularly can manufacturers; beverage brands that want to do short runs for special events, marketing and testing; and independent packaging companies that serve the craft beer industry.

The company is also considering expanding into flexible packaging, making use of Tonejet’s ability to print unique codes onto individual packages and use ink which is thinner than regular alternatives.

Ian Minton of Skinny Tonic: Creating Drinks with Nothing to Hide