This Startup is Sending Red Wine Into Space

Space Cargo Unlimited has launched a case of wine to the International Space Station to see how the extreme conditions can be eventually applied to the food and agriculture industries.

As the “final frontier” has become more accessible than ever before, more startups and organisations are looking to perform ambitious research projects in outer space. French startup Space Cargo Unlimited has undertaken such an initiative to further the science of food and agriculture—by sending 12 bottles of red wine into space.

The idea for the project started five years ago when Nicolas Gaume, director of Space Cargo Unlimited and serial entrepreneur, along with Emmanuel Etcheparre, creator of social network Wine Alley, pondered how the world will be forced to find solutions to adapt agriculture to global warming.

“We started from the realisation that there was a lot of academic research in space on the subject but not much was applicable, which leaves a huge potential for exploration at a time when the costs of access to space are decreasing,” Gaume told regional French newspaper Sud Ouest.

This eventually led to “Mission WISE (Vitis Vinum In Spatium Experimentia),” the first-ever private initiative for applied global research conducted at the International Space Station, as well as two Bordeaux-based companies, Space Cargo Unlimited and its biotechnology counterpart Space Biology Unlimited. WISE is a three-year initiative to investigate the implications that micro-gravity and the space environment may have on the health, agri-food and medical sectors. 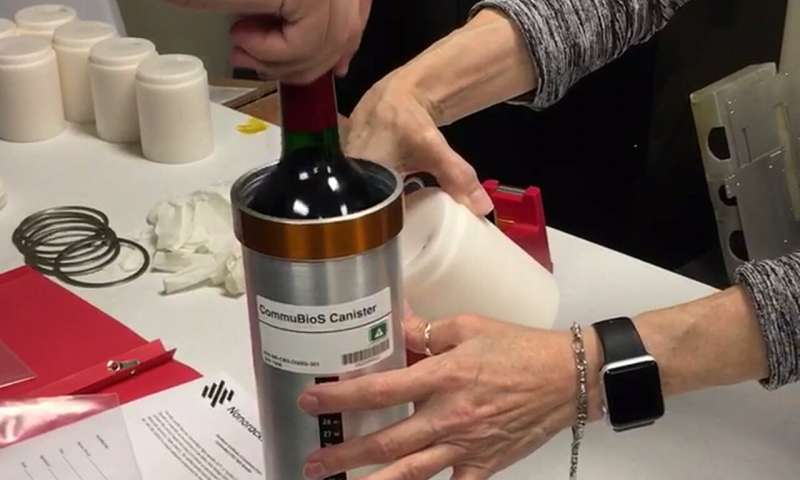 On 2 November, the company launched a Northrop Grumman rocket with 12 Bordeaux wines and 3,700 kilograms of research and supply cargo from a NASA launchpad in the US state of Virginia, as reported by Decanter.

As part of NASA’s CommuBioS (Complex Micro(μ)-Biological System) programme, the company will study the effects of a space environment—including weightlessness and radiation—on complex liquids.

The initiative has applications for uses in both outer space and on Earth, according to NASA. Studying how the space environment affects complex liquids could lead to improved storage methods that reduce potential negative effects during long-term space missions. By studying how the components of wine change during the project, researchers may be able to apply the findings to further developments in food production, medications, long-term storage, agriculture, health and physiology.

“Aging wine incorporates some of the essential elements of the terrestrial biological ecosystem, such as yeasts, bacteria, crystals, colloids and polyphenols,” Etcheparre explained. “However, this complex process is still poorly understood, particularly with regard to the evolution of the chemical composition of wine.”

The bottles will be stored at the International Space Station in two dedicated enclosures that were shipped along with the wine. After 12 months at a constant 18 degrees Celsius, the bottles will be returned to Earth and compared to a set of control wine. Researchers will also review environmental data and conduct physical, chemical, biological and organoleptic analyses.

“We are convinced that there is no planet B, and we want to trace, with space, the path of our future by contributing to the invention of agriculture, food and the health of tomorrow,” Gaume proclaimed.