This Solar-Powered Table Charges Your Phone And Plays Your Music

Suntable, by robotics startup ShadeCraft, is designed for all sorts of environments, from patios and poolsides to gardens and rooftops.

As summer approaches, and coronavirus keeps social activities on a tight leash, we’re set to spend much more time at home and in our gardens.

What better moment to take advantage of a renewable-energy-powered, wireless charging device, that serves as both a side table and a 360-degree speaker?

Suntable, a new device designed by Los Angeles robotics startup ShadeCraft, is a solar energy gadget praised by publications from The Verge to Mashable.

The device can fully charge in around four hours via the sun, and also has a more conventional charging port if necessary. Similarly, it supports both wired and wireless charging for smartphones, on a ‘shaded shelf’ out of the glare of the direct sunlight.

Sound is supplied by JBL, and the solar panel is covered by an entirely splashproof polycarbonate surface. 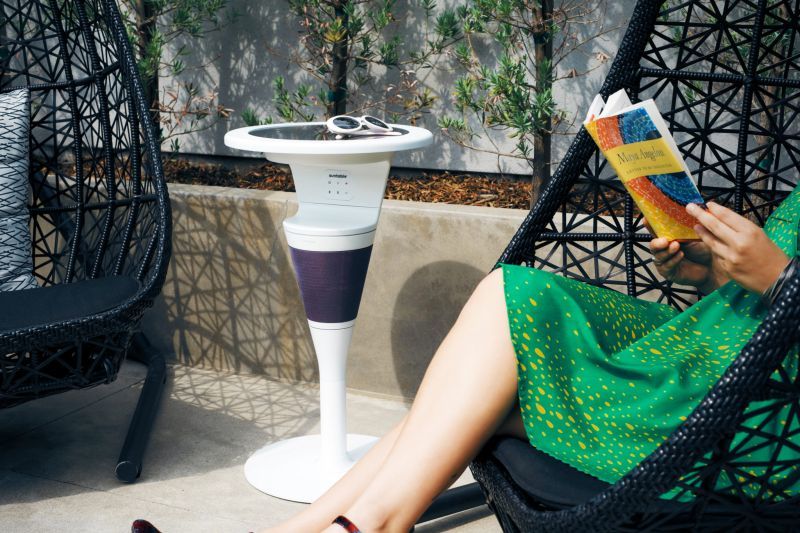 ShadeCraft founder and conceptual designer Armen Gharabegian writes on an ongoing Kickstarter page that the startup’s aim is to “improve human life outdoors through technology and industrial design.”

He continued: “We believed that there was a need for an easy and safe way to charge your phone using the power of the sun.

“Suntable was created utilising our existing technology to provide a convenient place to store and charge your phone, along with a surface to serve as a small table and built-in Bluetooth speakers for never-ending music.”

Shadecraft’s other products include Sunflower, an “$8,000 robotic umbrella, music player and security camera that follows the sun,”, and Blossom, an app-controlled umbrella, also with music-playing functions.

Suntable has already raised $130,000, more than ten times the original goal, and is expected to retail for just under $600.