This Man Spent One Week Living In Virtual Reality. Here’s What He Learned

Jak Wilmot didn't take a VR headset off for 168 hours -- even when he ate, slept, exercised and worked.

In late February 2019, Jak Wilmot spent “a week in the future.” He strapped a bulky VR headset to his face and didn’t take it off for the next 168 hours—even when showering, eating and sleeping.

His life became anything he wanted it to be. He could battle dragons under the twilight or exercise in a boxing gym with Sylvester Stallone. He could answer emails on the edge of a high-rise building in New York; spend lunchtime meditating in the tranquil plains of China; cool down by feeding a virtual fish.

All the while, in a sort of fly-on-the-wall, Paranormal Activity-style twist, Wilmot live streamed the experiment for the public. Anyone could tune in and watch his progress in real time, adding encouragement or voicing their confusion. The whole saga was documented on Wilmot’s YouTube channel Disrupt in a hugely popular video.

If it all sounds a bit dystopian, just remember, it’s probably the future. As more and more of our professional and personal lives shift from the real world to a screen, how long before a virtual reality becomes indistinguishable from our own?

“What are the implications of simulating our living, breathing, physical reality,” Wilmot asked, by way of explanation, in a recently delivered TEDx talk.

“The curiosity of these questions, and the fact that I’ve grown up alongside computers, led me to strap one of these to my head for a week.

“What I learned while inside gave me a peek into how our society may adopt this platform over the next few decades.”

What were these lessons? Here are some takeaways. 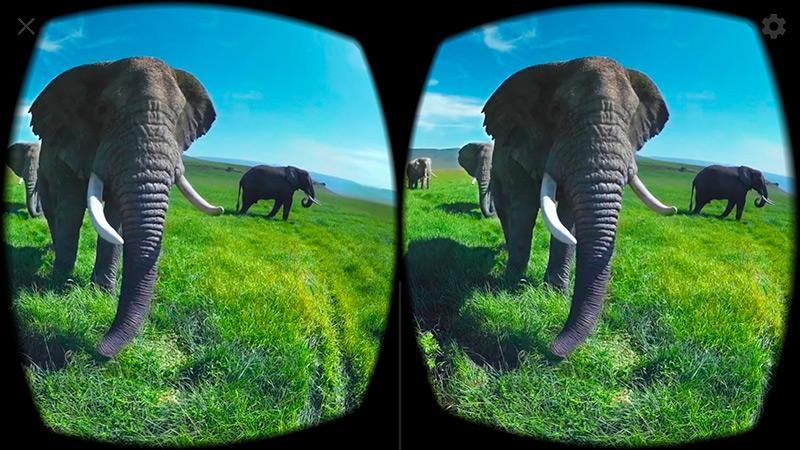 On the TEDx stage, Wilmot explains that he soon felt overwhelmed by the idea of spending an entire week with the headset. Soon, as in, 60 minutes into the project.

“After an hour or so I’m starting to come face to face with what I’ve signed myself up for. I begin feeling claustrophobic after the five hour mark so I load into the African savanna.

“I figure if humanity started here, I might as well start my new digital life here as well.”

He did some zen yoga, boxed a bit, and relaxed. Wilmot took the experience as a lesson that he was doing the same as everyone else: changing hjs mood by switching his digital scenery— much like we normally do by switching on a TV show, or an album, or a podcast. 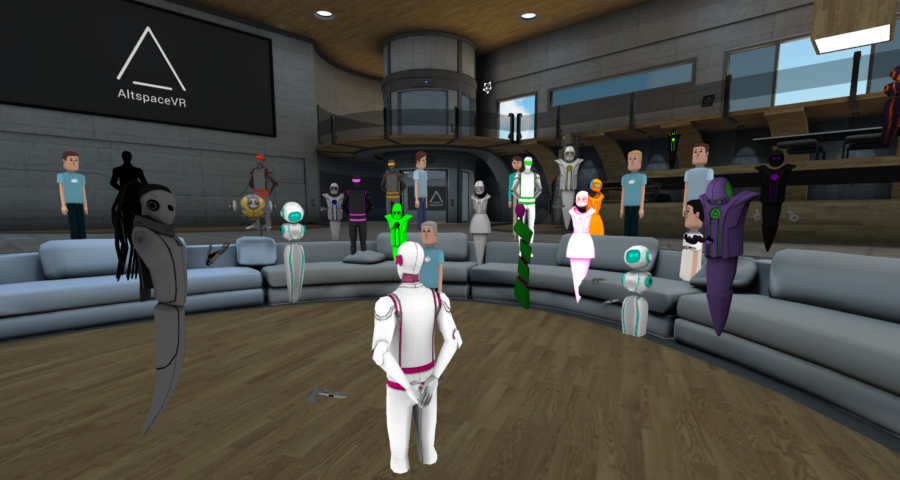 It gets lonely…but there is a solution

At some point, Wilmot said things got lonely and a bit monotonous. So he signed up for Alt Space, a VR programme through which people can host events. He gathered with others in what looked like a penthouse apartment to watch a screening of the SpaceX missile launch.

Surprisingly, these interactions worked—partly because the VR allows people to look at each other and see their posture and hand movements as they talk to each other. It’s a “more natural way of communicating,” he said.

“I found that it’s very easy to find your tribe,” Wilmot added in the YouTube video. “To make friends, to communicate with others through a virtual landscape, where it’s no longer through a digital window, or a screen, or a phone. But actually being there with them.”

You go crazy without night and day

During the experiment, Wilmot blacked out the windows in his apartment to ensure that the regular passage of time wouldn’t affect how he felt. But he said that not seeing day and night pass “had a negative effect on my psyche.”

This developed into a disconnect from the time. So he tricked his subconscious by matching the digital reality to the time, and the weather — hanging around in night time games in the evening, and waking up to sunrise simulations. He said this made him feel “human again.” 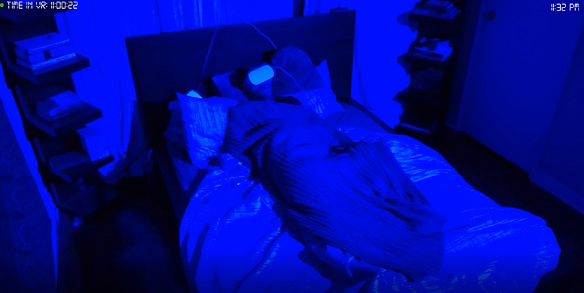 After 68 hours in the headset, and overcoming the day and night issue, Wilmot said he had an “awareness of the body but not an attachment to it.” He likened it to “yogic practices” and said he began to have what he called “deja vu, or deja VR.”

“It’s like the Tetris effect—when players devote so much time and attention to a game that it begins to pattern their thoughts, their mental images, their dreams.

“The brain assumes the digital to be the physical in both the waking and dreaming life.”

144 hours in headset. Jak Wilmot said he felt “in the flow.”

“Whatever is loaded into the headset is 100% the attention of the physical world.”

He said this that when starting the experiment, “I thought I would be doing completely new things. But what I found myself doing was everything I’d been doing before, just with an updated lens. A virtual overlay.” 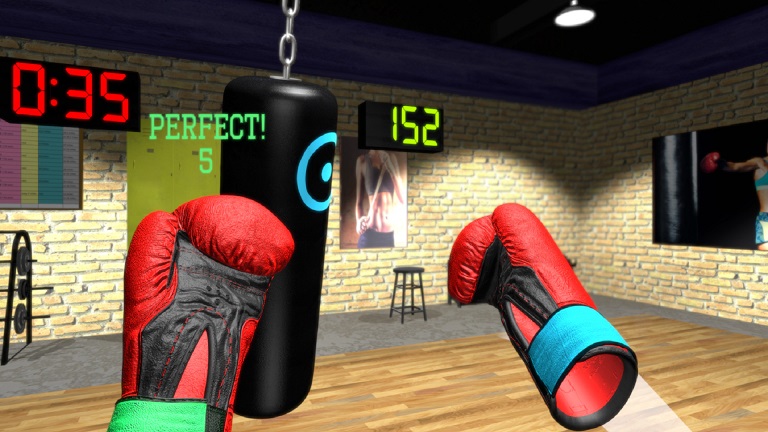 In both the TED talk and the explanatory video, Wilmot is enthusiastic about the potential for education and helping students directly enter the world of the thing they’re studying.

He tells a story about a test in China, in which one group was taught a set of information through regular methods, while the other had a lesson in VR. The latter group scored much higher on a test two weeks later. “We can now experience information,” he says.

Wilmot enthuses about the possibilities for art—in that you’re now able to use tools like Google’s Tilt Brush to paint in 3D and invite people inside the world you’ve created.

The only criticism he does make is that “before one can create, they must get inspiration. And being in a headset, bound to the digital—I have found no inspiration to create.” 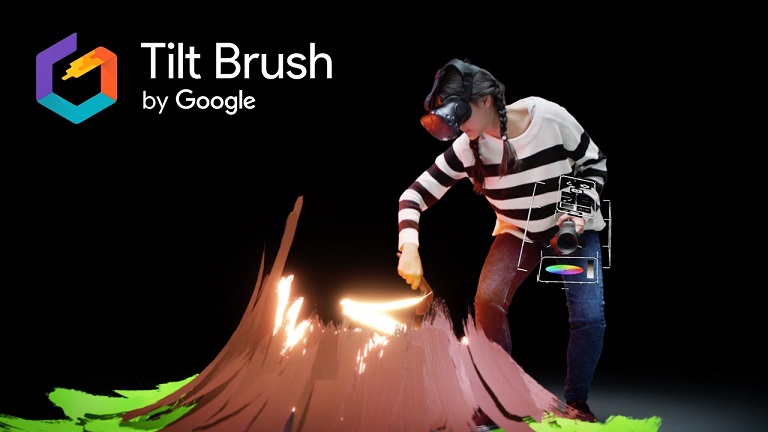 It was good fun

In all, Wilmot’s experience was positive—reaffirming his belief that the technology will “change everything about the way we operate.”

“I feel I’ve successfully used this technology as an addition, rather than escape, from my life.”

After 168 hours, Jak Wilmot took off the headset.

A full day later, he wrote on Twitter there was no eye strain or headaches, re-integrating was smooth. He adds that he “had never appreciated the smell of outside air as much.”

Smell is actually something that Wilmot mentioned a few times. Using Google Earth VR, he zoomed over the slightly dry areas in the South of Spain and through cities. At one point, he stood on the grass and looked at the Eiffel Tower. “Short of actually smelling the air around me, I felt like I was standing outside,” he said.

But there may soon be an answer to this. Stratuscent, a company in Canada, is working on a digitised library of all the smells in the world. These could then be recreated, synthetically. How long before VR can not only take you to the Eiffel Tower—but also let you breathe a reproduction of the air there too?

And when that happens—how long before there’s no distinction between virtual reality and reality?

The blurring of the two realities hit home in an interview about the experience, where both Wilmot and the interviewer sit on a raised stage, wearing VR headsets. While they converse in VR, with a crowd assembled in Alt Space, there’s a physical audience beyond them watching on. Without headsets, they seem like the ones furthest removed.