This Engineer From Brazil Just Created The Fastest Internet Ever Recorded

Dr Lidia Galdino’s team of researchers at University College London developed the world’s fastest ever broadband—capable of downloading 15,000 films in one second.

On top of this, usage of data-intensive apps and streaming services is increasing exponentially. This has only intensified during the COVID-19 crisis: Some operators have noted a 60 percent increase in traffic in recent months compared to before the crisis.

So, the race is on to make internet connections faster and more efficient.

And one researcher—based at University College London (UCL)—has just smashed the competition out the water, producing an internet connection that runs at a whopping three million times faster than conventional internet connections in our homes.

It’s so fast that it could download 15,000 feature-length films in one second.

Dr Lidia Galdino, a lecturer at UCL, led the team that developed this ‘ultra broadband’.

She received her master’s and PhD in electronic engineering from the University of Campinas in Brazil in 2008 and 2013, respectively.

One of the leading lights in engineering, she was recognised for her ‘pioneering’ contributions to optical communications technology in 2015 with the prestigious Colin Campbell Mitchell Award and named one of the ‘Top 50 Women in Engineering under 35’ by The Telegraph and Women in Engineering Society in 2017.

In 2018, she took up a Royal Academy of Engineering Research Fellowship, which led to her current quest—for super fast broadband. 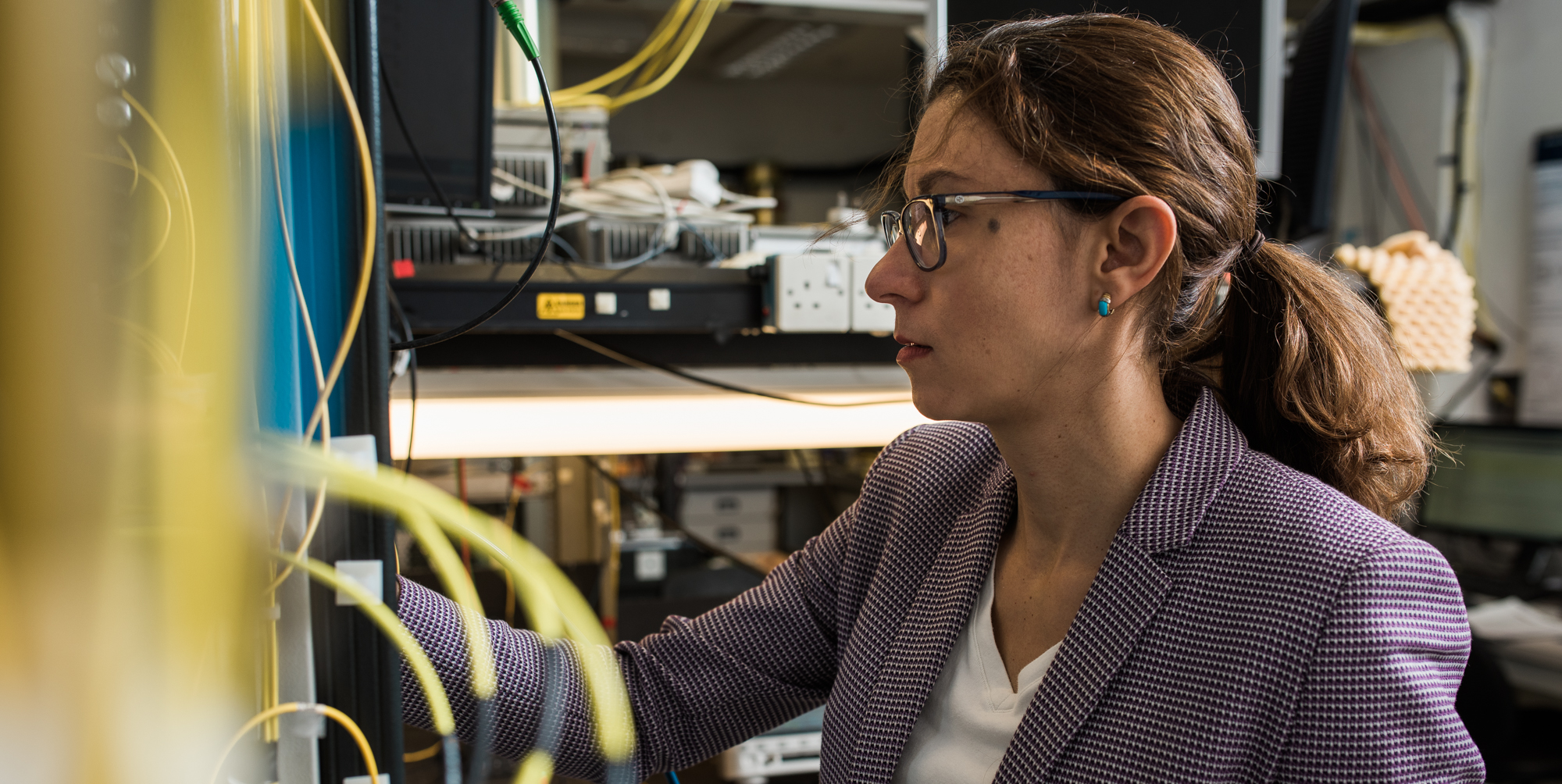 Galdino’s team used amplifiers to improve the way light carries data through fibre-optic broadband. By using a greater range of colours than that typically deployed in fibre optic, the bandwidth increased.

On a test in a 25-mile loop around the laboratory in Bloomsbury, London, a speed of 178 terabits a second was registered. That’s equivalent to 22,250 gigabytes a second—or, given the average film is 1.5 gigabytes, 15,000 films in one second.

A blog on the UCL site notes that the speed is close to the theoretical limit of data transmission set out by American mathematician Claude Shanon in 1949.

“While current state-of-the-art cloud data-centre interconnections are capable of transporting up to 35 terabits a second, we are working with new technologies that utilise more efficiently the existing infrastructure, making better use of optical fibre bandwidth and enabling a world record transmission rate of 178 terabits a second,” Galdino said.

Galdino continued: “Internet traffic has increased exponentially over the last 10 years and this whole growth in data demand is related to the cost per bit going down.

“The development of new technologies is crucial to maintaining this trend towards lower costs while meeting future data rate demands that will continue to increase, with as yet unthought-of applications that will transform people’s lives.”