In 2019, Libya is far from the safest place to live or make a living. There’s still a civil war raging in the country, and deadly military strikes and high-profile kidnappings are sadly so common that they’ve stopped making headline international news.

It’s also a country, according to young entrepreneur Fatima Nasser, in which social norms require women to rely on men for money—and avoid speaking to men they’re not married to.

All of which makes it an unlikely place for someone to launch a women-focused company.

Yet, that’s exactly what 22-year-old Nasser has done.

She created Yummy!, a food delivery business in the vein of Deliveroo, while studying English translation at the University of Sabha. It links together home cooks with drivers in three cities (Tripoli, Benghazi and Sebha), helping scale up their sales with the use of professional photography, logistics and marketing services. 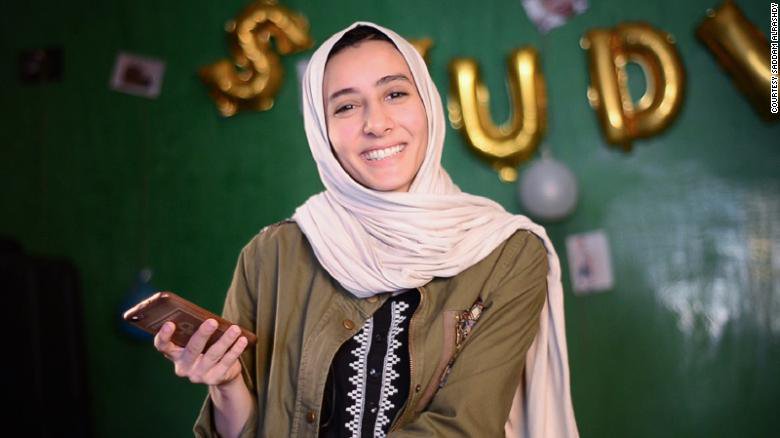 Local and global delicacies are on offer, including chocolate-covered dates, chicken tarts, Middle Eastern meat and seasoning speciality Kibbeh, and Kunafa, a traditional dessert made with a sugar-soaked pastry.

In an interview with France News 24, Nasser admitted that most reactions were similar—along the lines of, “Are you insane?”

But Yummy! makes great business and social sense. The Arab Spring, which erupted in 2011 and led to the downfall and death of Libyan President Muammar Gaddafi, brought a period of extremely fragile peace and heavily devalued currency to the country.

This forced society to accept that a family could no longer stay afloat on a man’s salary alone.

But, the violence—and the prohibitive social norms—remained. Many women, therefore, asked themselves whether there was any way they could make money from home.

Yummy!’s technology offers a solution: It anonymises the chefs that are part of the system. Men can purchase foods from women without directly contacting them. This is helping increase the employment rate for women, which The World Bank says sits at just one in four.

Nasser told Reuters that she was “just doing something to help women that I know deserve better. They need opportunities, just like males.”

“You have a society that has been closed for 100 years, you can’t just open a communication gate between two genders that were not supposed to talk to each other unless they were married to do business,” Nasser added.

But it’s not been easy: Nasser has had to undergo extensive risk planning. She’s thought about what would happen if there was an internet blackout, a carjacking, or—in a worst-case scenario—if drivers were kidnapped.

MIT Enterprise backed the startup, which has also started offering cookery courses for baked goods and Moroccan cuisine. Yummy! has in addition benefited from a three-year, EU-funded partnership launched by UNDP Libya and Tatweer Research.

The fearless, go-getter approach is also empowering people to reach for their own solutions, rather than putting everything on hold until stability magically appears. Recent experience has also shown that relying on outside influences is doing the country more harm than good.

“[Yummy!] made me realise and see my true passion and goal in this life, which is to help women in every possible way,” Nasser told the United Nations Development Programme blog.

“I realized that business is where I fit, and can make tangible change, impact the community in a positive way, and mix some technology in the middle, because it is the future.”