Cupffee spent years perfecting a cookie cup recipe so that you can have your coffee and eat it too.

An edible coffee cup. Sounds like a fantastic and fairly simple idea, right?

Well, a simple idea it may be, but for Cupffee, the Bulgarian food-tech startup that has created the best edible coffee cup on the market, it has been a 15-year feat — they have been at it since 2002.

In practice creating something durable enough to hold a hot drink, and tasty enough so that someone would want to eat it once the drink is gone, is actually quite hard.

After much trial and error with different materials and the building of a device that the Cupffee team call the “machine gun,” Cupffee co-founders, Darina Popova, Simeon Gavrailov and Miroslav Zapryanov introduced their product to the world in 2016 after establishing the Cupffee Ltd in 2014.

Cupffee’s patented “cookie cups” are made from natural grain cereal and allow users to sip beverages with temperatures as high as 85 degrees Celsius, staying crisp for 40 minutes. They can last without leakage for up to 12 hours and can also be used for cold drinks.

They are also vegan, low sugar and can be stored for up to six months.

Most importantly, Cupffee does not have any glazing, so it does not alter the taste of the beverage.

And, if you don’t feel like eating your coffee, no worries. Cupffee is also biodegradable. 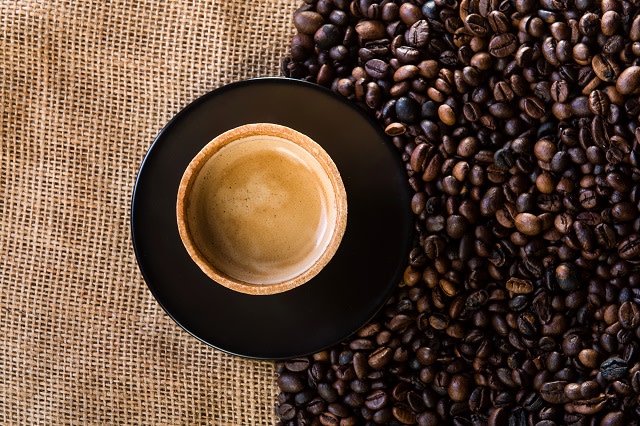 Over 120 billion disposable cups are thrown away every year. By making it so that you can have your cup of coffee and eat it too, the company hopes to reduce the overwhelming reliance on paper cups.

The cups proved to be the main highlight of the EY484 flight arranged to raise awareness of the effects of plastic pollution.

The flight took off from Abu Dhabi and landed in Brisbane on Earth Day (22 April), and featured sustainable amenity kits, eco-thread blankets made out of recycled plastic bottles, tablet toothpaste and children’s eco-plush toys.