Rabab Luxor, an art collective set up by musician Shady Rabab, has been backed by the United Nations for its project combining culture and environmental awareness.

On a sunny day in Luxor, Egypt, a group of kids aged 12 to 16 years old rolled a series of plastic tubs and bottles outside. One boy sat down near the river Nile to play a recorder-like tune on an old plastic bottle. A girl sat on a colourful staircase, clutching a homemade rainmaker. Two friends grabbed old plastic containers and set them up like percussion; others turned old tins into a xylophone.

This is the Garbage Music Band, a local group that performs music arranged by Egyptian musician Shady Rabab. His arts organisation, Rabab Luxor, has been teaching local kids from vulnerable backgrounds how to turn plastic waste into instruments—and how to make those instruments work together in harmony.

Rabab won the UN’s “Young Champion of the Earth” prize for Africa in 2018, dedicated to engaging the youth in tackling the world’s most pressing environmental challenges. This gave him support and connections to organisations, including the Do-School and Coalition WILD, to “use art and creative expression to counter plastic pollution.” 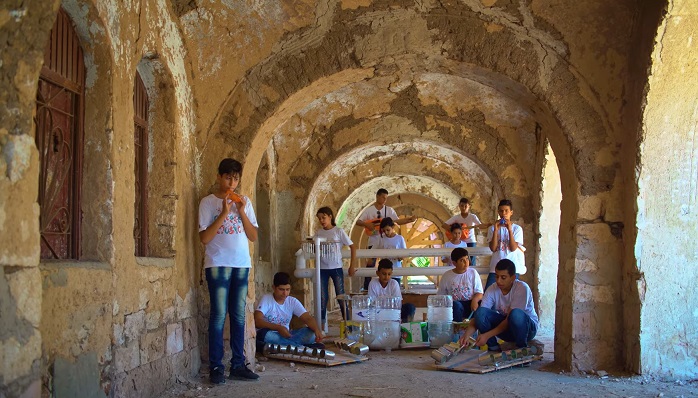 “During this journey, I enjoyed being surrounded by experts who helped me develop the idea into a project, followed on every step, introduced me to new networks and increased my knowledge on the dangers facing our planet,” Shabab told the UN. “More importantly, I felt surrounded with care and I came out with some true friendships.”

More than 36 young girls and boys in Luxor, Egypt, were trained on how to repurpose garbage into musical instruments. A subsequent music video for “Bella Mama,” which sees the band play under beautiful archways, onboard a boat, and in front of the Colossi of Memnon statues, received a reported 500,000 views in its first week online. Rabab writes that the track is dedicated “to the beautiful earth and for all those struggling for environmental justice everywhere.” 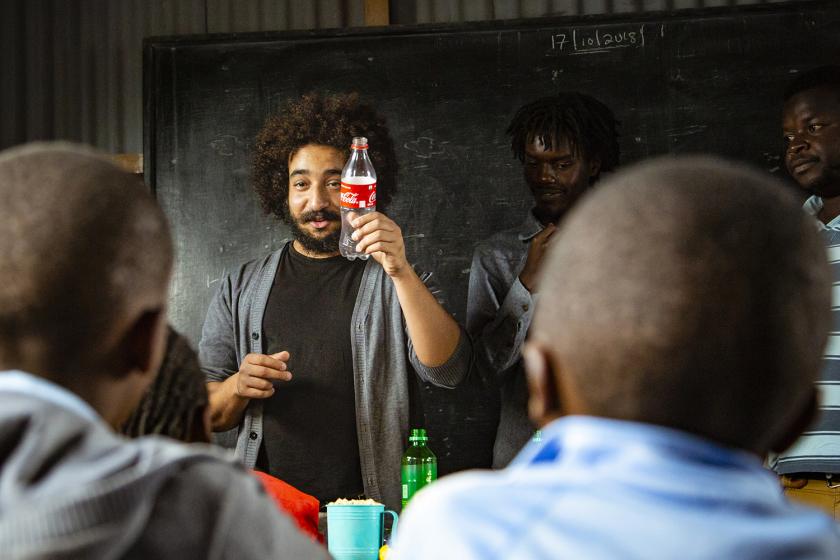 The musician’s wider work is also having a positive impact in Luxor, which does not have many dedicated cultural spaces. His organisation also runs bookbinding workshops for kids and musical instrument workshops for adults. Rabab tells the UN he’s particularly proud of the artistic and educational impact of recent work.

“The children who have been part of the project have been engaged and get inspiration through this work. Other children and their parents are approaching us asking to be included in future phases.

“We are receiving invitations to conduct training at schools in Egypt and across the Middle East and North Africa region,” he says.