Benedicta Sánchez’s first ever role in the film ‘Fire Will Come’ was celebrated with the Actriz de Revelación prize at the 2020 Goya Awards.

They say that life is full of fresh starts. For no-one is that more true than Benedicta Sánchez, the 84-year-old enjoying a glittering new career as Spain’s Best Emerging Actress.

At this weekend’s Goya Awards, Sánchez — a joyous, rebellious character who made a point of not wearing her teeth on the red carpet — was presented with the ‘Actriz de Revelación’ prize for her role in ‘O Que Arde’ (Fire Will Come). The film tells the story of a pyromaniac in Galicia, Northwestern Spain, who returns to live with his elderly mother, played by Sánchez, after spending time in prison.

The naturalistic ‘O Que Arde’ has spent months lighting up the festival circuit and earning praise the world over. So too has the actress, who stole the show at Cannes 2019 with her spontaneous decision to dance a traditional ‘muiñeira’ during the ceremony photocall.

At the Goyas, Sánchez cut a strong, contented figure. “Life gives you surprises, and this is a very big one in my all of my long existence,” she said while accepting the award.

While Sánchez’s success is groundbreaking — she’s the oldest winner of an award that had been given to 12-year-old Ivana Baquero, for her starring role in the 2006 film ‘Pan’s Labyrinth’ — it’s just another step on a long and fruitful life.

As reported in Spanish media, Sánchez has been a photographer in Brazil and a librarian specialised in vegetarianism and philosophy. After a marriage broke down in South America, Sánchez travelled across the world — France, Switzerland, Holland, Denmark, Norway, Sweden, the UK, Syria, Israel, Greece — before returning to Spain, where she raised her daughter as a single mum. 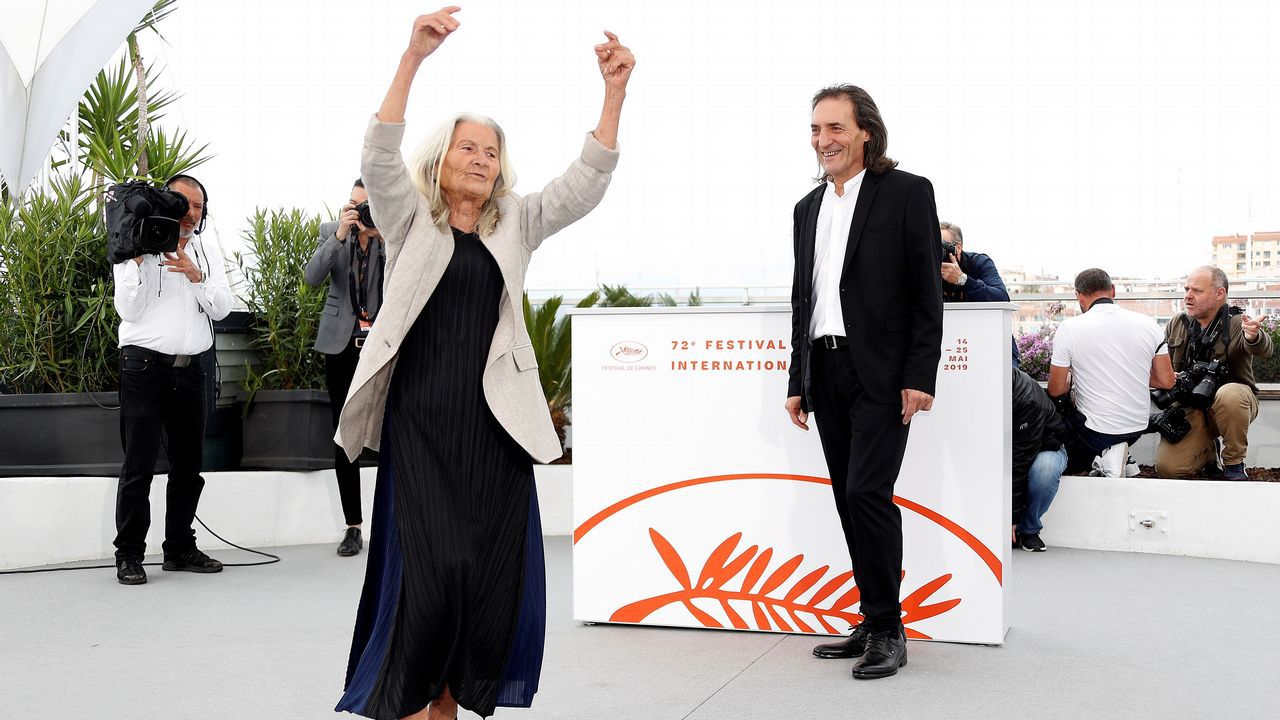 It was through her daughter that Benedicta Sánchez got involved in acting. Her daughter encouraged her to join a local theatre group, where she emerged as a natural — leaving “everyone in stitches” when she got on stage.

“And that’s when I heard about the casting call, and that they were looking for a woman over 65,” Sánchez’s daughter told the newspaper El País. “And I thought, that’s it. This is the moment. We were watching the Goyas ceremony last year, and I said to my kids, we’ll see Granny there. The winner of the best emerging actress award.”

Olive Laxe, the award-winning director of ‘O Que Arde,’ described Sánchez as someone who found freedom by rebelling and defying expectations. Her character in the film, by contrast, was empowered “by saying yes to everything in life.”

Talking to El País, Sánchez was asked whether she was nervous about the then-upcoming Goyas. In a typically direct and playful fashion, she shook her head. “I hope it works out, for Oliver, his team, and the people who put faith in me.

“But for me, at this stage in my life… I’m not going to lose sleep over it,” she said, as a wry smile spread over her face.