These Dutch Architects Have Designed a Building Perfect for ‘Green Therapy’

The Green Villa’s five apartments will be surrounded by soothing racks of trees and greenery.

We’ve come to a point in our history where we need our buildings, and by extension our cities, to do more than simply look good. They have to be functional, green and sustainable — places that are great to live in, and also great for the world, too.

This is something that Dutch architecture firm MVRDV has taken very seriously. In recent years it’s designed an apartment building in Paris that is also a greenhouse, and a Hobbiton-style town made of buildings that look like hills.

Its latest venture, set for the Southern Dutch village of Sint-Michielsgestel, is designed to house an office, a car park, and five apartments.

And a ton of greenery.

“This design is a continuation of our research into ‘facade-less’ buildings and radical greening”, explains Winy Maas, founding partner of MVRDV. “The idea from the nineties of city parks as an oasis in the city is too limited. We need a radical ‘green dip’.”

The result is the Green Villa, which uses the mansard roof employed by other buildings in the area with a “rack” of shelves of varying depths on the exterior of the building. These will play host to potted plants and even trees, such as forsythias, pines and birches — designed to provide a mixture of shade, privacy and views. 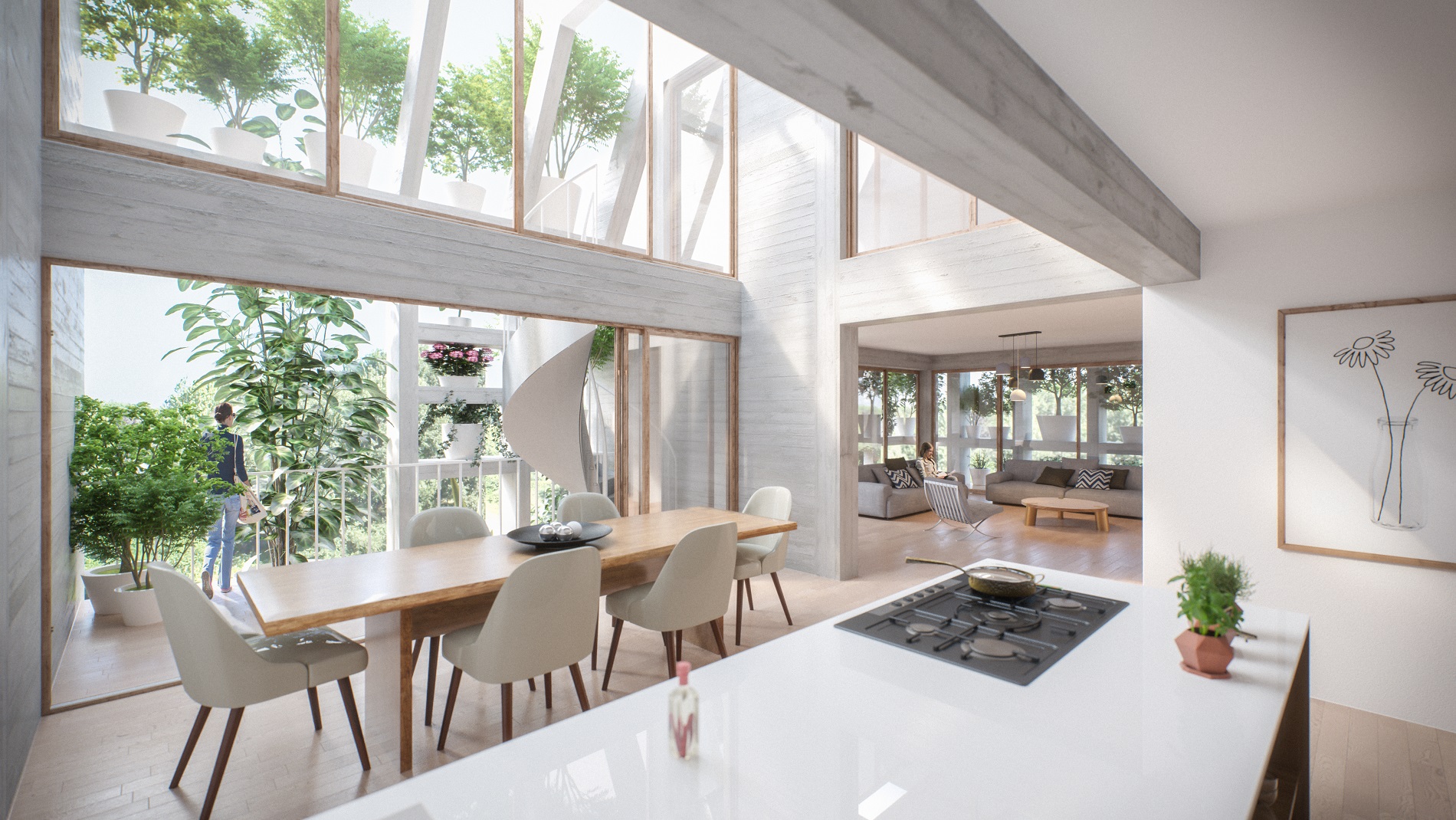 The plants will be fed by a “sensor-controlled irrigation system” that uses stored rainwater to guarantee a year-round facade, and the inside will contain a three-dimensional arboretum and tree library to teach residents about the nature protecting them.

“This approach stems from MVRDV’s belief that sustainability implies not only a technological challenge, but also a positive change in lifestyle, with urban areas considered as part of the natural landscape,” a press release reads.

And the bit about a ‘green dip’? That’s an idea from Maas’ think tank The Why Factory, which has spent time imagining what soil retention, CO2 absorption and oxygen production would look like if major cities were “completely dipped into green”.

MVRDV says that the project was intended as a landmark initiative for the village that is also socially conscious and environmentally progressive. There’s academic backing for this: a study in Japan, quoted in Fast Company, explains how exposure to greenery through so-called ‘forest therapy’ decreases stress levels, blood pressure, and heart rates.