The Women in VC Directory Is Connecting Investors Around the Globe

Bridging the Gender Gap in Venture Capital Funding, One Entry at a Time

The Global Women in VC Directory is the largest self-reported directory of women in venture capital, with over 1,000 members across 29 countries. Founders Sutian Dong of the Female Founders Fund and Jessica Peltz-Zatulove of MDC Ventures hope that the resource will serve as a gateway by helping other women to identify potential co-investors, recruit talent for their firms and connect with those in the industry locally and while on business trips.

The directory is free to join, password protected, and only available to women investing in institutional and corporate funds, as well as family offices, meaning angel and private equity investors and limited partners in venture funds are excluded. Although entrepreneurs cannot currently view the list, Peltz-Zatulove and Dong are considering the possibility of a public-facing directory.

“If you want to continue to promote and elevate women in venture, there needs to be career progression and upward mobility,” Peltz-Zatulove told Inc. “Having this infrastructure enables them to find each other to connect and collaborate in a more efficient way.” And that stands to help entrepreneurs, say the co-founders.”

Enterprise, healthcare, FinTech, and consumer products are the most common areas found among the members, as approximately 20 percent are active investors in each of these sectors. Technological sectors are also noted sectors among the investors, as about 15 percent invest in SaaS and 14 percent in artificial intelligence and machine learning. This is followed by marketplaces, education, and commerce, at 10 percent each. 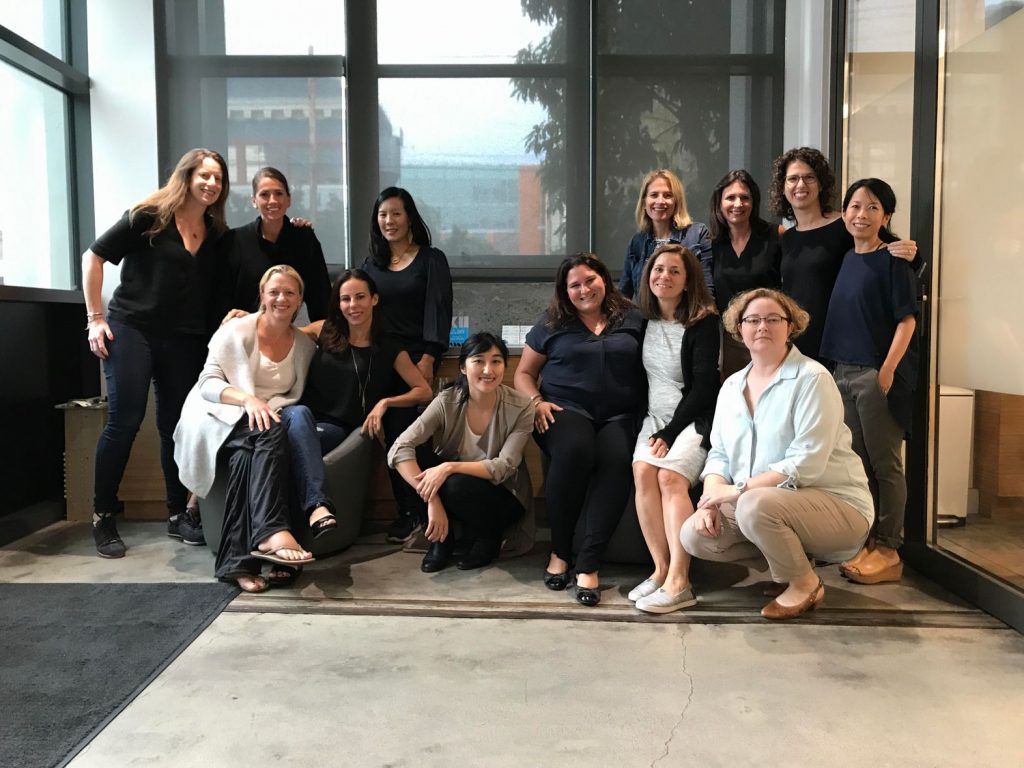 “This research demonstrates that women are betting big on technical businesses and investing in a wide range of markets,” Peltz-Zatulove told Venture Beat. “It debunks any misconceptions that women predominately invest in consumer or commerce companies.”

According to Forbes, only 8 percent of partners at the largest VC funds in the US are women, yet women are behind 85 percent of consumer purchases.

In 2017, female founders received a staggering low two percent of venture capital funds, approximately $1.9 billion out of $85 billion. Nevertheless, women-led startups produce more than twice the revenue of companies founded by men. According to a 2018 study by Boston Consulting Group, per dollar of funding, women-founded startups generated 78 cents, compared to 31 cents at startups led by men. Katie Abouzahr, lead author of the study and a principal at BCG, wanted to show concrete data about the funding disparity and return on investment in revenue.

“Women-owned companies only receive a small slice of total venture capital funding,” she told Forbes. “But what is surprising is how much more effective women-owned businesses are at turning a dollar of funding into a dollar of revenue – they generate better returns, and are ultimately a better bet.  We hope that this research forms part of the case for change.”

This directory aims to be a part of that change, empowering women to collaborate to generate change for all.

“[It enables] women VCs to better connect with each other to collaborate, share deal flow, and foster a strong sense of community,” said Dong. “The broad access to real-time industry data and trends [in that community] is a powerful added benefit. It can be used to identify growth, detect gaps, and understand exactly where and why women are still hitting major roadblocks within venture.”