The Startup Getting Kids Interested in Maths Through Gaming

Founded in 2019, EdTech startup 99math has already gained an audience of 30,000 students participating in its eSports-style competitions.

According to a 2017 report from the UNESCO Institute for Statistics (UIS), 6 out of 10 children and adolescents worldwide—about 617 million—are not achieving minimum proficiency levels in reading and mathematics. Most of these children are attending school.

“This is the equivalent of three times the population of Brazil being unable to read or handle basic mathematics with proficiency,” said UIS director Silvia Montoya.

“The waste of human potential signalled by the new data confirms that getting children into the classroom is only half the battle. Now we must ensure that every child in that classroom is learning the basic skills they need in reading and mathematics, as a minimum.”

As a lover of mathematics, 19-year-old Estonian Timo Timmi also noted that his generation lacked his passion for the subject.

“Maths is one of the most important skills we can learn in school, but grades in maths are declining around the world,” he said in a statement. “I believe it is because of the way it is being taught in schools just doesn’t feel fun or engaging to Generation Z.

“If maths were as engaging as gaming, the next generation would far exceed the previous with powerful problem-solving skills. In turn we would hopefully have more engineers, scientists, and astronauts.”

As such, he co-founded 99math, an EdTech startup that hosts eSports-style competitions to get kids interested in mathematics. 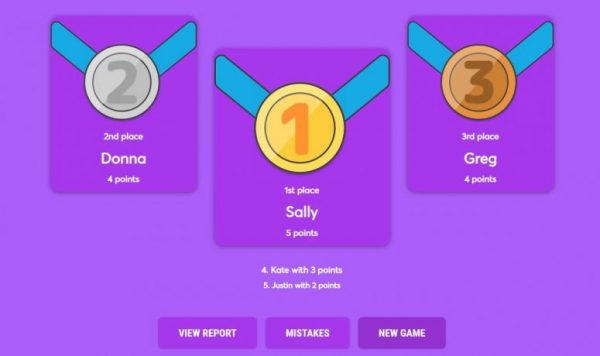 “I am helping solve a problem that both teachers and students have complained about,” he told Estonian World. “In a world full of information, math has become less important and this type of competitive game sparks conversation about mathematical knowledge.”

The platform is currently free to use for both kids and teachers, with the aim of helping instructors engage first through sixth graders in mathematics more effectively. In the future, 99math plans to earn money by charging parents for use of the platform.

In January 2019, the company hosted its first “Maths Game Day” in Estonia, an online competition involving over than 9,000 students from 200 elementary and secondary schools throughout the country. Students in first grade through 12th grade competed online in real time. To participate, students just need a smartphone or tablet and a WiFi connection, ensuring that the platform can be widely adapted and accessible throughout the world.

A year later, the company has attracted the attention of investors, raising 454,000 euros (about $500,000) in a funding round led by Change Ventures.

“99math has shown that their online math competitions between schools, students and leagues engage tens of thousands of students across the world to practice math,” said Change Ventures investment partner Yrjö Ojasaar. “We want to help this team grow 99math and revolutionise how kids perceive and practice maths.”

The Good Deed Education Fund and Martin Villig, co-founder of Estonian unicorn startup Bolt, also participated in the funding round.

“Estonian school students are currently first in the world in terms of maths understanding and results,” Villig said. “I think the way it is taught is imperative to the results. It feels great to see so many students already join the platform and get excited about math.”