Through virtual reality and immersive storytelling, charity: water is raising funds and spreading awareness about the need for safe drinking water.

Virtual reality is not just for gamers anymore. Nowadays, the technology is being used to accomplish feats such as fighting bias in the workplace, reducing anxiety and fear of public speaking, and even helping cows to increase their milk production.

In the nonprofit sector, virtual reality can spread awareness of a charity’s cause, raise funds and educate their supporters. Being able to see the impact of the charity’s work immerses them in the work, encouraging donors to continue supporting the organisation.

“It’s so awesome when see that donor light up and feel like you connect with that passion,” Sue Citro, chief experience officer at Best Friends Animal Sanctuary, told The Nonprofit Times of the organisation’s use of virtual reality. “You know they’re committed but you see that little light bulb go on and hear them talk about your cause even more passionately than before; that’s where we’ve gotten excited.” 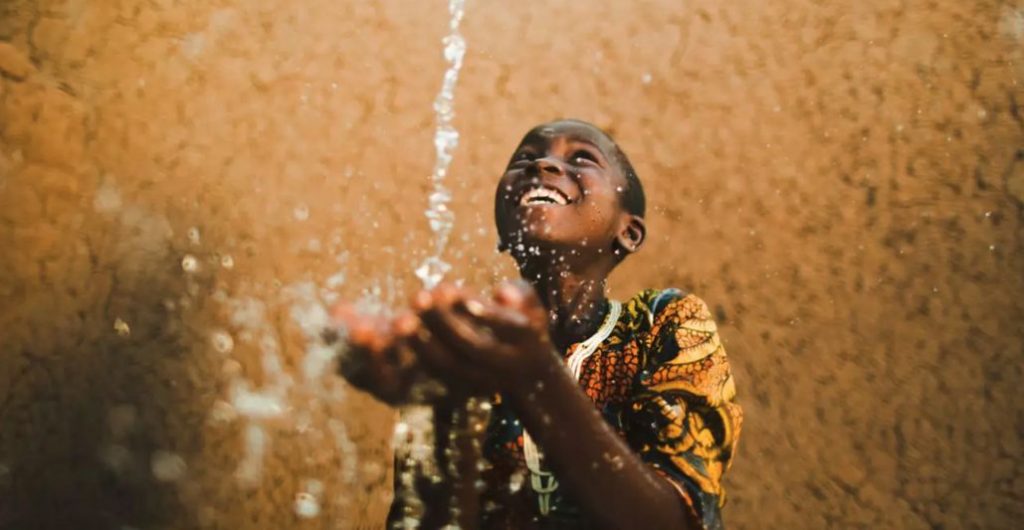 With a mission to bring clean and safe drinking water to people around the world, charity: water has funded over 44,000 water programmes in almost 30 countries since its founding in 2006. The organisation’s projects include constructing wells, building biosand household filters, installing rainwater-harvesting systems and piped spring protection systems, and more.

“I’ve now walked in hundreds of villages with and without access to clean drinking water,” charity: water founder and CEO Scott Harrison explained in a 2013 interview with Christian Science Monitor.

“I’ve seen what it means for women to literally walk over five hours every single day to get water that makes their kids sick. I’ve seen children drinking from swamps, ponds, and rivers that you or I wouldn’t let our dogs drink from that are filled with leeches and disease.”

One hundred percent of the nonprofit’s public donations support work in the field, as staff and operating costs are completely supported by private donors. According to Harrison, all the charity’s projects are tracked on Google Maps using photos and GPS, further increasing transparency in the organisation’s life-altering work.

“I think we’ve tried to make it easy for people to engage in the issue, and give,” Harrison said. “There are many layers of complexity, and our work looks different in each context around the world. But at its simplest, there are 800 million people who have been born in communities where there’s simply no clean water available.”

Over the years, charity: water has gained a reputation for using innovative technologies to reach its supporters and further its mission.

In November 2015, the organisation started using state-of-the-art sensors and cloud technology to provide real-time data on its water systems. Nowadays, those sensors report the flow of clean water, continually informing the nonprofit of the status of its projects.

At various fundraising galas, video-matching programmes have used iPads to “match” guests at these events to similar people living in areas without safe drinking water.

In 2018, charity: water used the power of virtual reality to immerse gala attendees in the real-life story of a 13-year-old girl named Selam.

In the short film, viewers follow Selam over six days in her life in Ethiopia. Every day, she embarks on a journey to gather leech-infested water. Selam often has to miss school to collect water for her family, making it more difficult to reach her goal of becoming a nurse some day. She tells viewers how her mother died, leaving her to be one of the main caregivers of her family.

Throughout the video, viewers become immersed in Selam’s surroundings, even having the opportunity to visit her school.

Eventually, workers from charity: water come to the village to drill for water. A gush of water hits the camera lens, and the villagers start to cheer.

“I wish my mother was here to see this,” Selam said. 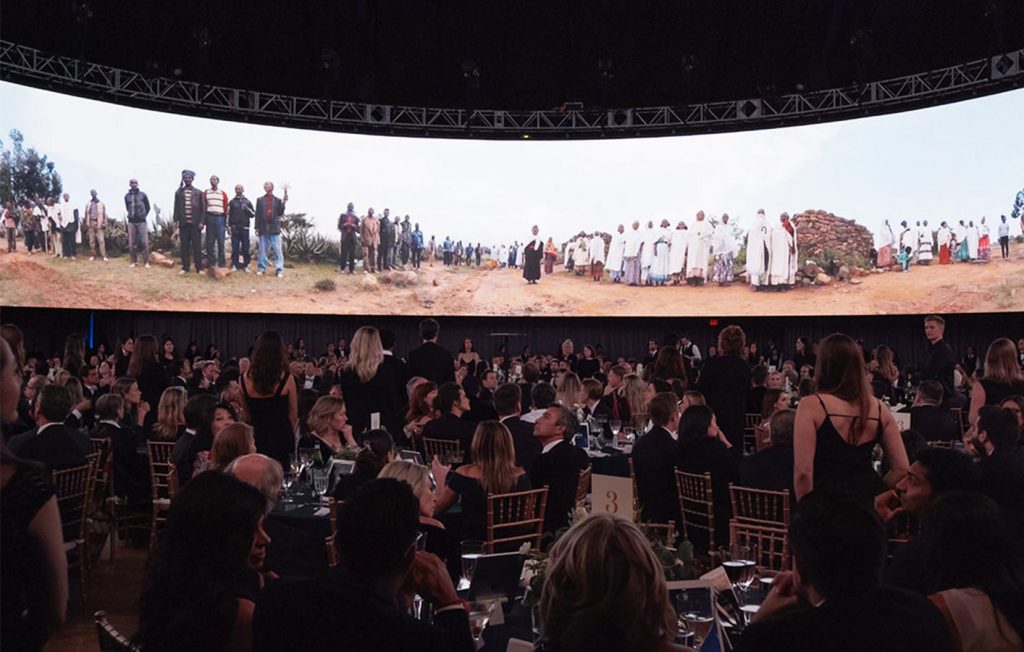 At the film’s debut gala event in New York, over $2.4 million in funds were raised that night. Even more was raised at the nonprofit’s event in San Francisco.

“We crafted the imagery of a woman’s quest for drinking water into an impactful story that inspired guests to donate $7 million in support of clean water for over 100,000 people in Ethiopia and beyond,” said Elle Chan, co-founder and executive producer of Trademark Event Production, as reported by Biz Bash.

Viewers at the West Coast gala were given a personalised iPad with a fundraising app that facilitated real-time donations. During the event, “giving moments” were shown to prompt attendees to donate even more by displaying the equipment that could be bought on the 360-degree immersive “Halo” screen.

“We brought together a powerhouse of creative talent from our 20 years in production to conceptualize and deliver an immersive 360 experience unlike any other,” Chan said.

“We say that water changes everything,” Harrison commented years before the film was produced. “It’s unbelievable to see a drilling rig find clean water buried in an aquifer 300 feet beneath a school or village, and celebrate with the community.”

Urban Rivers, the Company Creating a Robot to Clean the Chicago River