After suffering from panic attacks due to compassion fatigue, television reporter Sarah Hill partnered with psychologist Dr Jeff Tarrant to develop Healium—a drugless, digital solution for the self-management of anxiety

Many innovative ideas start off as a solution to a personal problem.

Sarah Hill, CEO and chief storyteller for StoryUp Studios, spent more than two decades as a television news reporter. Over the course of her reporting career, she covered a countless number of traumatic stories.

“If you watched me on the news in Missouri, you might have thought I had my act together but to be totally transparent, I wasn’t ok,” she revealed in a Medium post. “Hours of listening to a police scanner, seeing dead bodies, covering conflict, natural disasters, and stepping inside the stories of families who lost children weakened me in a way I didn’t expect.” 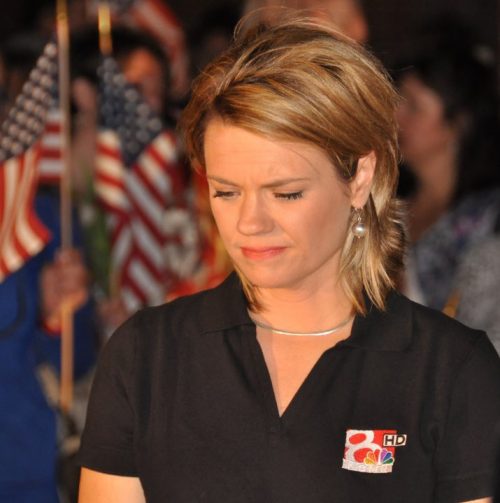 Trips to the emergency room

In 2009, Hill thought she was having a stroke, so her husband rushed her to the emergency room. After a few more visits to the ER and several health exams, as someone with a PhD in counseling psychology, her husband explained that she was suffering from the “classic signs of anxiety” in the form of panic attacks.

In his counselling practice, Hill’s husband worked with Dr. Jeff Tarrant, a psychologist who used neurofeedback with his clients—a technique meant to calm the fast activity in their minds. Hill asked for a “digital prescription” to try instead of medication.

“With a couple electrodes stuck on my forehead attached to a computer, my brainwaves were attached to a tiny airplane that I had to keep below a certain threshold using my thoughts to influence my calmness,” she recalled of the experience. “With some effort, I was able to eventually learn what thoughts or memories I needed to recall in order to slow the fast waves in my brain. After a couple weeks of training, I developed a narrative about that plane that made me fall asleep.”

That digital prescription and Hill’s “storytelling” abilities led to the foundation of Healium XR, a drugless kit that uses technology to reduce stress and increase positivity.

In 2013, Hill quit television reporting to work for Veterans United. The organisation’s Honor Everywhere programme used augmented reality and virtual reality to give virtual tours of veteran memorials for terminally ill and elderly veterans. Over time, she noticed how the virtual experiences affected the veterans’ physical health.

“The user would raise their hands beyond what their caregivers thought possible,” Hill explained. “I would watch as their breathing slowed. Repeatedly, they appeared to relax while wearing the goggles.”

She reached out to Dr Tarrant to find out why—if he could study whether virtual reality affected the veterans’ physiological health. For a year, the two worked together to study these psychological and physiological changes, publishing peer-reviewed studies along the way. Later, Dr Tarrant asked Hill to create immersive stories for his neuromeditation practice.

“We now have more than a dozen stories on our platform and the doc who wrote the original digital prescription for me to sleep, http://www.papsociety.org/ambien-zolpidem-10-mg/… is now my business partner,” she said.

In 2015, Hill partnered with Dr Tarrant to launch Healium XR as a drug-free, digital solution for the self-management of anxiety, addiction, pain and sleep. The platform uses immersive stories, neuromeditation and relaxing imagery to help people relax. Hill herself uses the platform to sleep more soundly.

The team started with virtual reality before expanding to augmented reality on a smartphone, eventually incorporating the Apple Watch. Through the programme, people become more self-aware of their emotions, using the technology to control several virtual worlds via their own biometric data in their foreheads or wrists.

“It allows you to control [images] with thinking or lowering your heart rate,” Hill told Venture Beat. “If you lower your heart rate, you get an environmental response. So instead of just watching this media, you’re actually feeling it and have a sense of control over your environment. It gives users the sensation that their thoughts have the power to control things not only in the virtual world, but in the real world as well. It’s a metaphor that you do have control over your world, not just inside these goggles but in the real world as well.” 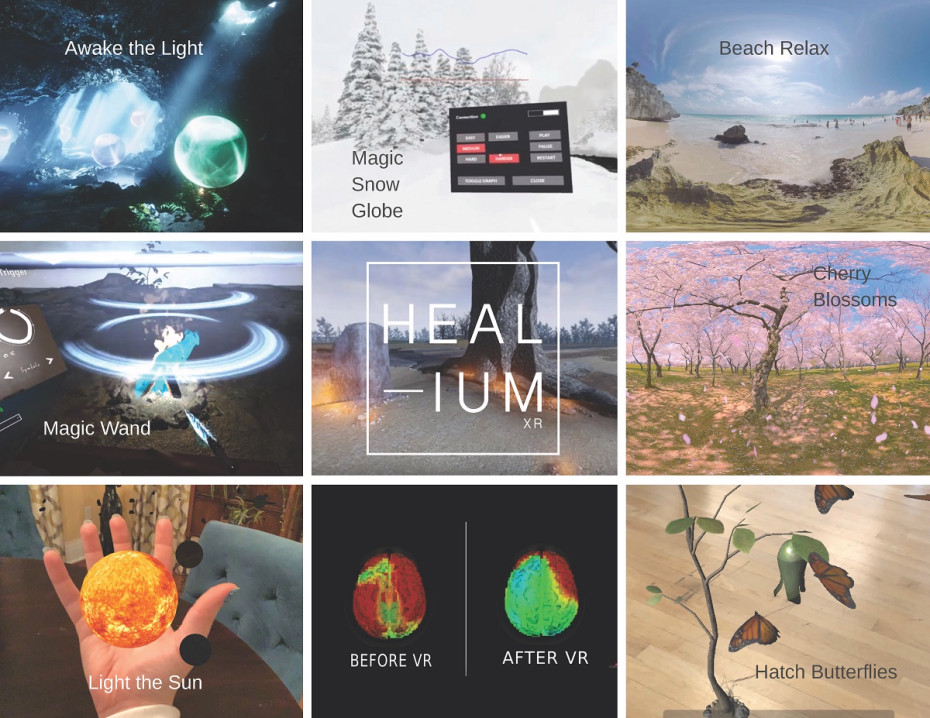 Healium has been shown to reduce moderate anxiety and increase feelings of positivity quickly in peer-reviewed studies in Frontiers in Psychology, Journal of Psychology and Behavioral Sciences and the Journal of Neuroregulation.

“The brain believes what it sees. So why are we still meditating with our eyes closed with an earbud?” Hill said in a statement. “This investment round allows us to grow Healium’s eyes-open, visual escapes into new markets and further develop our content that’s powered by users’ emotions so people don’t have to wonder….am I doing it right?

“Healium is not a replacement for cognitive behavioral therapy or pharmaceutical interventions. It’s a self-management tool that reminds users their memories have power to control things not only in the virtual world but the real world as well.”

Healium AR, which is built with ARKit, ARCore, the Unreal Engine and Unity, is a subscription app that costs $5 a month. The AR programme is available on iOS and Android as well as the Oculus Store in VR. Wearable devices are recommended but not required. Healium VR, which uses eyes-open treatment with imagery, costs $29 a month.

Could Virtual Reality Cure Your Fear of Public Speaking?

How Augmented Reality is Training the Surgeons of the Future