The Drug that Pushed Novartis to Aquire The Medicines Company for $9.7 bn

After much speculation, Swiss Pharma giant Novartis has announced that it has struck a deal to take over The Medicines Company in order to get its hands on potential breakthrough heart drug, inclisiran.

On 24th of November, Novartis entered into an agreement and plan of merger with The Medicines Company (NASDAQ: MDCO) to acquire the US-based biopharmaceutical company for $85.00 per share in cash, valuing the company at approximately $9.7 billion on a fully diluted equity basis.

The merger represents high hopes that the near-approval cholesterol drug, inclisiran, will perform better than existing blockbuster drugs on the market currently sold by Amgen, Regeneron and Sanofi.

Novartis says that the drug is a “potentially transformational investigational cholesterol-lowering therapy to address leading global cause of death.” 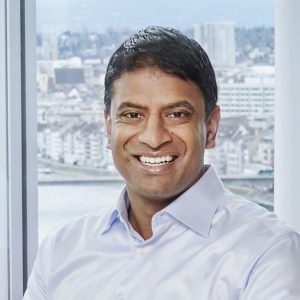 “We are excited about entering into an agreement to acquire The Medicines Company as inclisiran is a potentially transformational medicine that reimagines the treatment of atherosclerotic heart disease and familial hypercholesterolemia. With tens of millions of patients at higher risk of cardiovascular events from high LDL-C, we believe that inclisiran could contribute significantly to improved patient outcomes and help healthcare systems address the leading global cause of death.”

The drug targets LDL Cholesterol — the “bad cholesterol” that can gradually build up in a person’s arteries increasing risk of heart problems.

The Medicines Company’s drug recently went through Phase 3 clinical trails for the treatment of familial hypercholesterolemia. This is an inherited disorder that can result in you having very high levels of cholesterol in your blood.

According to the Centers for Disease Control and Prevention (CDC), more than 102 million American adults (20 years or older) have total cholesterol levels at or above 200 mg/dL, which is above healthy levels. More than 35 million of these people have levels of 240 mg/dL or higher, which puts them at high risk for heart disease.

The CDC also stated that just over half of the U.S. adults (55%, or 43 million) who could benefit from cholesterol medicine are currently taking it.

Existing medicines on the market to lower cholesterol involves the patient taking a statin pill daily.

Inclisiran is administered by injection twice yearly which is potentially game-changing as Novartis says that 50m patients cannot manage their high cholesterol with the current standard of care.

The drug is an RNA inhibitor, meaning it works by silencing the gene that is causing imbalance or illness.

Inclisiran silences a gene and reduces a protein that controls the production of so-called ‘bad’ cholesterol.

The data from The Medicine Company’s trails showed that the drug safely lowers LDL cholesterol by comparable amounts to rival statin medicines on the market — more than 50 percent.

The acquisition also progresses Narasimhan’s ambitions to reshape Novartis through a series of cuts and takeovers. With just two years under his belt at the company, since becoming CEO, he has led a strategic and cultural transformation at Novartis. Under his leadership, the company reports that it has completed over USD 60 billion in strategic transactions.

“The prospect of bringing inclisiran to patients also fits with our overall strategy to transform Novartis into a focused medicines company and adds an investigational therapy with the potential to be a significant driver of Novartis’ growth in the medium to long term,” Narasimhan said in the statement.

Inclisiran is not yet approved by the FDA or any other regulatory authority. The Medicines Company obtained global rights to develop, manufacture and commercialize the drug under a license and collaboration agreement with Alnylam Pharmaceuticals, Inc.

On January 23, 2018, the FDA granted orphan drug designation to inclisiran for the treatment of homozygous familial hypercholesterolemia (HoFH)10.

The Medicines Company expects to file regulatory submissions in the US in the fourth quarter of 2019 and in Europe in the first quarter of 2020.