Deemed by Google to be the World's Most Disruptive Startup in 2016, Spain-based Bioo is creating batteries that generate electricity using microbes found in soil.

Renewable energy makes up about one fourth of the world’s electricity. According to the Centre for Energy and Climate Solutions, it is the fastest-growing energy source in the United States, increasing 100 percent since the year 2000.

While hydropower, wind power, and solar energy are the most common sources of this alternative electricity, Bioo, a Spain-based BioTech company, is looking to expand the possibilities of renewable energy. The startup has two main aims: to derive electricity from nature and to turn plants into “biological switches.”

The startup has created batteries that are powered using microbes from the soil underneath our feet. When the ground surrounding a battery gets wet—generally through rain or irrigation—the microbes in the soil cause organic substances and decaying plant matter to decompose. This activity seeps into the battery, creating protons and elections. Once these molecules mix with oxygen that flows through the battery, electricity is created. Unlike solar panels or wind power, soil microbes create a consistent flow of power.

The 100 percent renewable energy panels can currently generate 3W per square metre. As they do not disrupt the natural landscape, city planners are looking to install them to power lights, especially in parks. 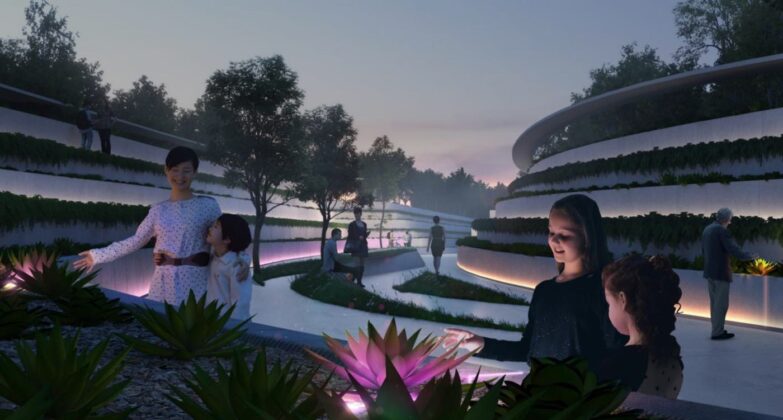 Potted plants are used for a lot of this research because photosynthesis generates excess energy that is released through their roots.

Currently, Bioo can power lights, screens and small appliances. The company hopes to scale the technology to eventually generate power for an entire house. According to GNN, this possibility may be within reach, as Bioo’s manufacturing does not require toxic or rare earth minerals, compared to certain PV solar panels.

“The technology itself has the potential to be very, very cheap,” said founder Pablo Vidarte. “After all, it just requires graphite and carbon-based substances that are really easy to obtain, are very abundant, and very cheap, as well.”

Another innovative creation by the company is the ability to turn plants into “biological switches.” Vidarte and his team discovered that potted plants can generate energy through the Bioo system after receiving a certain radiofrequency. When these living plants come into contact with something, they can be turned into electrical switches to power music, lights, screens and other electronics in a home or business environment.

Bioo has been awarded several honours, including the World’s Most Disruptive Startup award by Google in 2016, ranking on the European Parliament’s list of the top 50 most innovative companies in Europe in 2017, and receiving the first place award by the American Chamber of Commerce in Europe in 2018.