The Badass Kung Fu Nuns of the Himalayas

1,000 years ago, or so the legend goes, Buddhist Gyalwang Drukpa watched from the Himalayas as nine dragons flew into the sky. He was so inspired that he decided to train a new order of nuns — one committed to peace, nature, gender equality and, most recently, kung fu.

The 700 or so current nuns, mostly based at Druk Amitabha Mountain Nunnery in Nepal, are game changers both within Buddhism and the Himalayan region. Neither their society nor their religion typically empowers women to be strong equals with men — yet the Drukpa ‘Dragon’ Nuns are sword, machete and nunchuck-wielding specialists, who even make a point of training for ‘male’ work, such as plumbing, electrical fitting, driving and cycling.

“We believe we are returning to our true spiritual roots by championing gender equality, physical fitness, environmentally-friendly ways of living, and respect for all living beings,” the nuns write on their website. 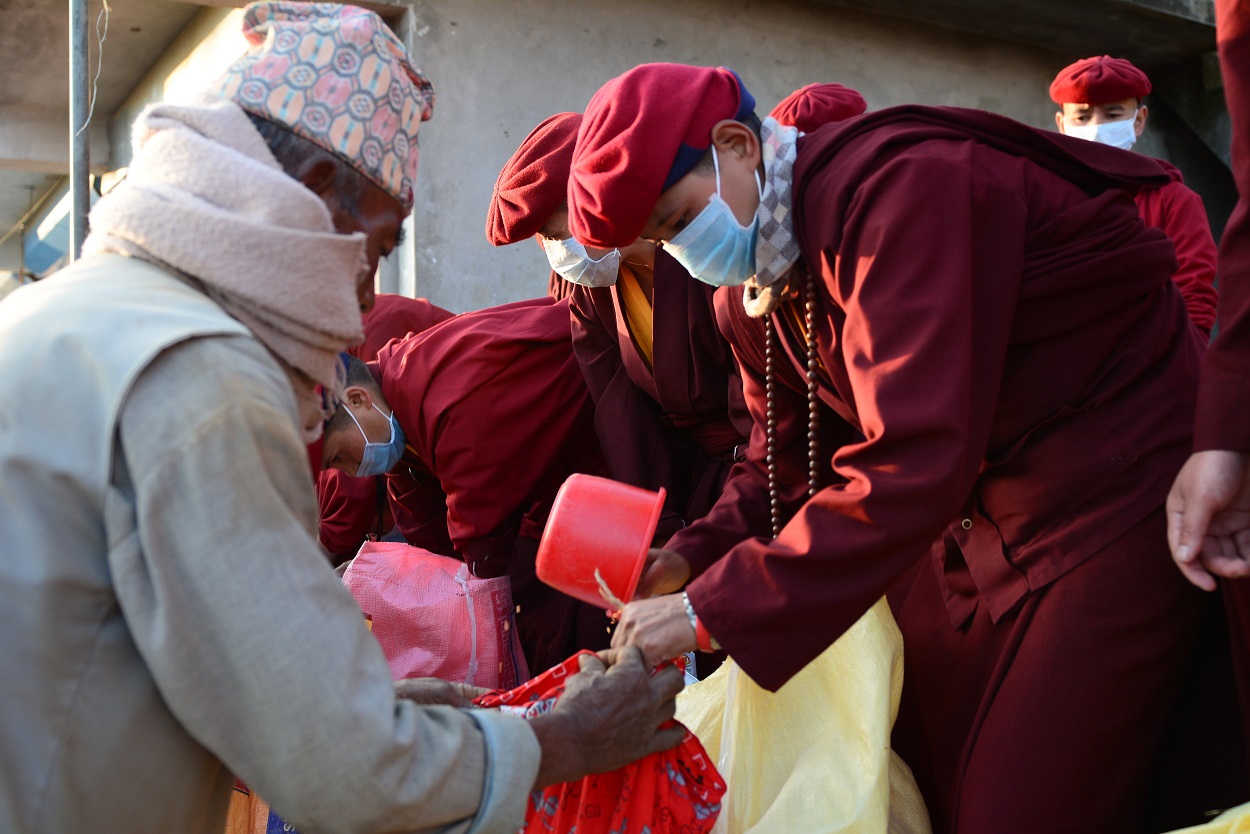 Kung Fu Nuns handing out food in Nepal, after the earthquake. Credit: KungFuNuns

Their list of community-based activities is endless, and endlessly astounding: first-responders after the 2015 Nepal earthquake, trekking to remote villages and clearing the rubble to find and help survivors (and reportedly building 10,000 temporary shelters in the region). Defenders of young daughters sold into human trafficking in Nepal, when parents “could not afford to keep them anymore.” Medical organisers and assistants for people receiving cataract surgery with Live to Love Eye Camps, free of charge.

And the list just continues. The nuns offer self-defence workshop organisers for girls in rural areas. They’re trained solar panel technicians and water quality monitors. And once a year, the nuns brave wind, rain and snow to embark on a 400-mile “Eco Pad Yatra”, an on-foot adventure to pick up plastic litter and teach local people about environmentally-friendly ways of living.

Each nun accepted to the order is given the prefix ‘Jigme’, which means “fearless”. 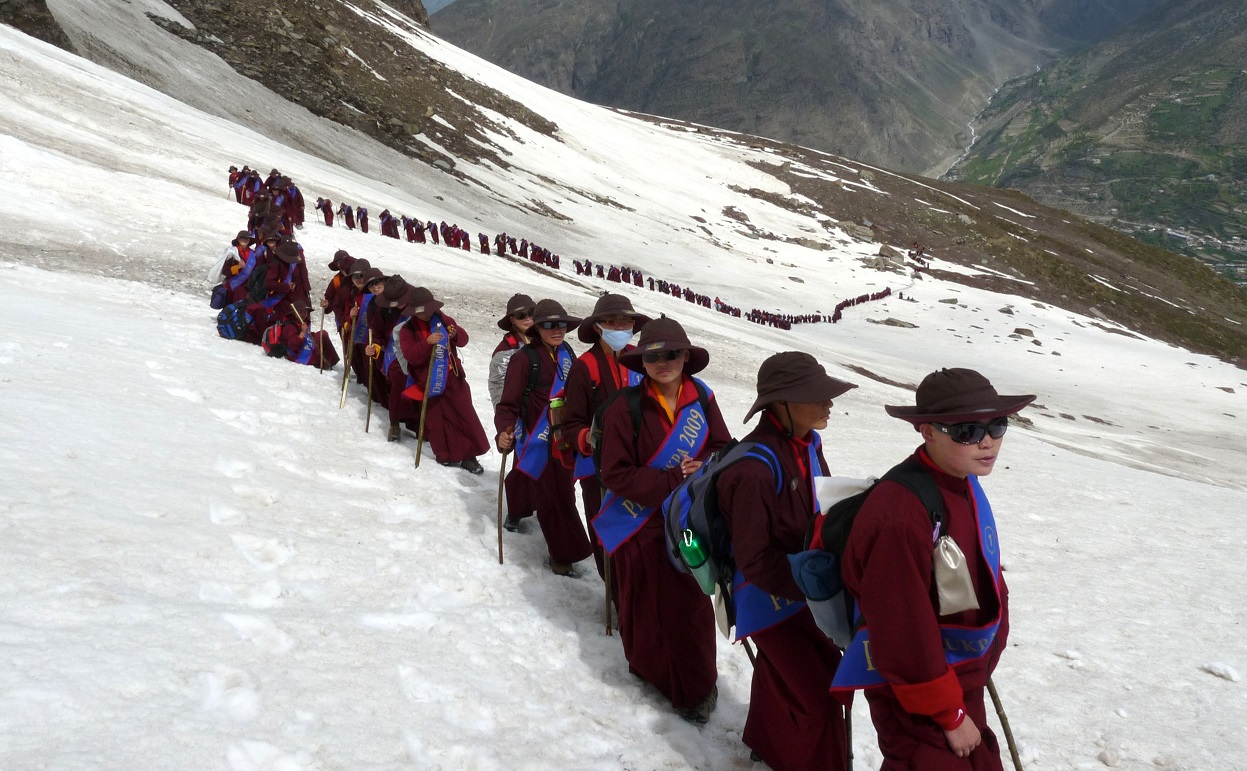 The Print met up with several nuns, who were on their way to New York to be awarded the Asia Society’s Gamechanger award — an accolade also given to former CEO of PepsiCo Indra Nooyi, and actor Dev Patel. It report finds that nuns typically wake up at 3am for two hours of personal meditation, then three hours of daily prayers, before having meals and classes of English, philosophy, music, and kung fu. Their community work fits around this packed timetable.

“When there’s a problem, you can’t leave people behind and run in the other direction,” Palmo, one of the nuns, explains to The Print. “We might have lived in tents for two years, I think, but this is what we’ve been taught, and what we believe — you have to show up when the world needs you.”

Another nun, Lhamo, said: “If I had one message for women out there, it’s that you should keep fighting to break free from your oppression.

“You don’t have to remain silent and subdued — talk about your story, teach others about what women are capable of. Because there’s nothing men can do, that we can’t.”