Professor Tebello Nyokong is one of the most distinguished scientists in Africa and is making huge strides with her laser-based alternative to regular chemotherapy.

When Tebello Nyokong was a girl, growing up in South Africa, she had no female scientists to look up to as role models. As an eight-year-old at school—on the days she didn’t have to work as a shepherd—she was encouraged to pursue arts and humanities rather than science, her passion.

Yet now, more than half a century later, she’s one of the most revered scientists in Africa. The professor of Medicinal Chemistry and Nanotechnology at Rhodes University in South Africa is a recipient of the Royal Society of Chemistry’s Distinguished Woman in Chemistry award. 2009 was a particularly good year: She won the L’Oreal UNESCO award for women in science and was the focus of a special motion passed in the South African National Assembly, recognising her role in the transformation of science in the country.

A history of education

Nyokong moved to Lesotho as a child, and that’s where she got her first degree. She worked up to a PhD, which she earned at the University of Western Ontario (Western University) in Canada. In 1992, she moved to Rhodes University in South Africa as a lecturer.

It’s here that her career started to focus on cancer diagnosis and dynamic phototherapy.

A profile in Le Monde explains that the process involves “injecting photosensitive molecules into the heart of a tumour,” then exposing these molecules to laser radiation, which causes a toxic chemical reaction with the oxygen in the cancer cells. 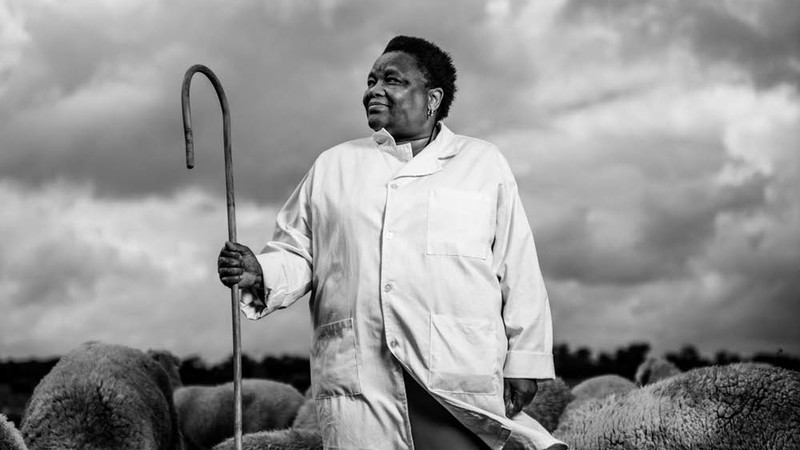 The site adds that the process is undergoing clinical trials in Europe, the US and Russia, using a molecule taken from the dye for jeans. Nyokong hopes to make this the “first cancer treatment born in South Africa.”

“I was brought up to work hard, whether it was as a young shepherd or working long hours mixing cement and concrete for my father’s company. I was just used to touching things,” Nyokong is quoted as saying in a post on the site Nature. “Now when I talk to schools or parents, the first thing I say is let your children touch and explore, it’s the first path to science.”

The researcher has become focused on opening up opportunities within education so that as many people as possible are empowered to become scientists.

“Over the years I have become very passionate in making people aware of science in the marketplace. I used to run a programme for high school learners where I would take them to the supermarket and show them how the products they buy everyday are influenced or impacted on by science. It makes it more real and shows the science in their everyday lives,” she adds in the Nature blog.

“Because most of the books we get are from overseas, the scientific examples often have nothing to do with us. They are of other people in other countries, so it is our job as teachers to show students our own local products and examples.”

Nyokong is very big on international exchange and helping people from universities in Africa—who often have to work with limited access to resources—learn from peers in other parts of the world. But, she’s a fierce defender of the need for this to be a process of respect: Le Monde relays a story in which she broke a partnership with a Japanese university that refused to send their students to South Africa: “They did not see the point of coming to our home. I say no. Even if their facilities had been better, we still have to learn from others.”

To inspire others, the scientist wrote a letter to her 18-year-old self, which was widely publicised. A snippet is reproduced in Nature:

“You believe education will equip you to have a fulfilling career. But you have been told endlessly that women do not need a career, they just have to marry well. But you are different. You have an independent mind. You believe you can be a wife and a mother and still be a breadwinner and contribute to society. And you will.”