Summer, the Company Eradicating Student Loan Debt in the US

As a "trusted advisor for student loan debt," Summer helps users find federal savings and forgiveness programmes to get rid of their debt ASAP

According to the Center for American Progress, Americans hold over $1.5 trillion in federal student loan debt and about $119 billion in private student loans.

The US loan system is so complex that many people don’t even realise they’re eligible for assistance to pay these loans off. While many borrowers qualify for some form of assistance—such as loan forgiveness or interest reduction—the requirements to receive it are often difficult to understand. Furthermore, over 99 percent of applicants so far have been denied public service loan forgiveness for not meeting programme requirements, making the situation seem even more dire.

Summer, a company that calls itself a “trusted advisor for student loan debt,” wants to help its users save money on their student loan repayment.

“With the information that Summer provided, I was able to reduce my interest rates and expect to save nearly $10,000 over the life of my loan,” said Peter S, a Summer customer.

Will Sealy, Summer co-founder and CEO, started the company while in an MBA programme at Yale University. He likens the programme to an accountant helping clients figure out their taxes while saving them money in the process.

“We’re trying to create the software that democratises [student loan] expertise, that gets the expertise into the hands of the end consumer, who might not be able to afford an accountant that doesn’t even unfortunately exist in the student loan space at this current moment,” he told TechCrunch.

The platform combines technology with policy expertise to give users a complete view of their student loan debt situation. Then, Summer helps them to explore the options to pay off their debt efficiently, saving thousands of dollars along the way. 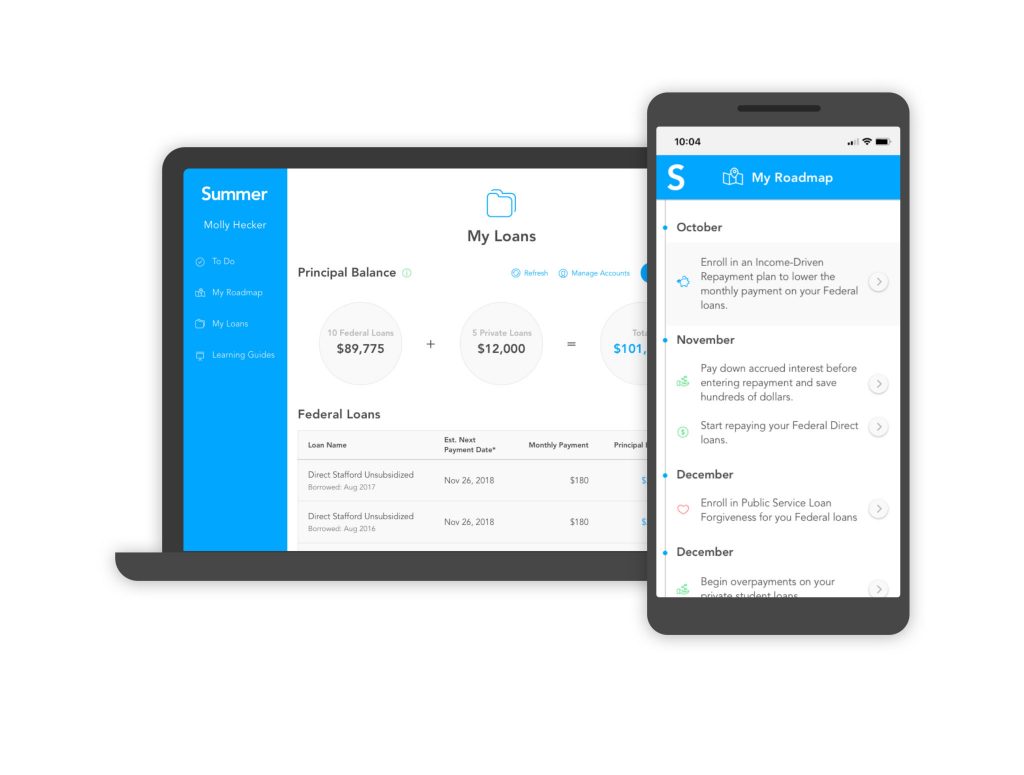 The company is creating support for 120 loan forgiveness programs and “has its eyes on more than a hundred other student loan proposals that are sitting in state legislatures across the country,” giving its users even more options to pay off their debt.

In the two years since the company’s founding, Summer has helped 10,000 borrowers so far and claims to have helped users save $8 million in student loan this year alone.

“A critical metric is not just how many people we are engaging, but how much money we’re saving them,” the CEO said.

The startup raised $10 million in Series A funding in a round led by QED Investors with participation by General Catalyst, Greycroft, NextView Ventures and Story Ventures.

“We put a pretty big round into this company on the belief that there’s an urgent problem facing these student loan borrowers and we’re working hard to scale to meet the needs of tens of millions of student borrowers,” said Matt Risley, the QED partner who led the round.

Summer currently helps those who have graduated or have otherwise ended their education—not those who have yet to take out a loan. Sealy explained that the company wants to help people who are having problems with their student loans before attempting to work with those who have not suffered from student loan debt.

“In many ways, it feels like the house is on fire,” he said. “So before we would ever go about trying to create a better smoke detector and build a new home, we want to save the people who are currently struggling.”