YUDesign’s sunfish-inspired mooring buoy, YUNA, filters microplastics of all sizes from the sea that float into its body.

The ocean is full of plastic. There’s so much of it — choking turtles, confusing seahorses, poisoning whales — that some experts say that there will be more plastic than fish in the oceans by 2050.

An estimated 90% of this waste (8 million tonnes of which enter the oceans every year) is made up of ‘microplastics’. These are the small flecks of plastic, often invisible to the naked eye, that are released from larger plastics, the clothes we wash, or the beauty products we use.

They easily absorb oil and toxic chemicals, and worst of all, slip with ease into the food chain: microplastics are eaten by fish, which are later eaten by humans.

These challenges inspired a multidisciplinary team of designers’ in Valencia, Spain, to think of a solution.

YUNA is an ocean buoy — a floating object suspended slightly under the surface of the water — which is able to capture and then filter microplastics that float through the sea.

The buoy works passively, collecting particles as it drifts and spins in the current. It’s made out of polythene, a form of plastic that does not break down into microplastic particles and is relatively inexpensive — costing just 20% more than ordinary buoys, even with the fine layers of active charcoal filtration. 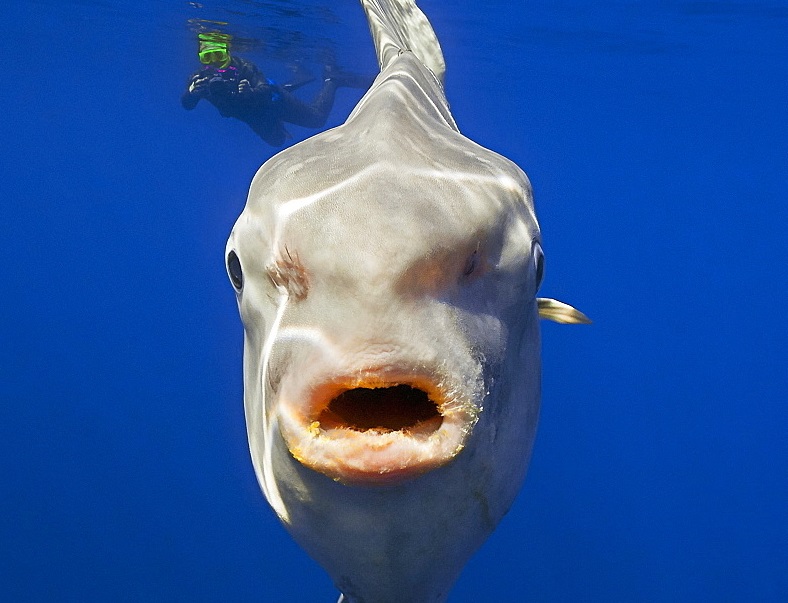 The designers are 20 students from different disciplines, including design, mechanics, and computer design, based at the Universitat Politécnica de Valencia (UPV)’s YUDesign. They say they were shocked by the Mediterranean becoming an accumulation point for plastics, and that protecting the local environment “has been the main incentive for the realisation of this project.”

The team their work in December 2018, designing and developing the idea, making a scale model, then making a prototype and an associated app.

They were inspired by an unlikely source: the odd-looking sunfish, essentially a large head with small fins, which has a similarly “aerodynamic” shape to their ocean buoy and easily adapts to changing ocean currents.

Alice Ville, a UPV student and team member, told El Periodic that: “YUNA requires little energy to fulfil its function. The microplastics that travel through the currents reach the interior of the buoy that rotates with the currents, like a weather vane.”

The idea was pitched for the James Dyson Award, which inspires and promotes the next generation of design engineers. The team received a couple of thousand euros to develop the project and the chance to compete for the international James Dyson prize, which is worth €33,500 euros.

The YuDesign students are not the only people to be searching for and highlighting the issue of microplastics. Dr Mac Liboiron, a scientist at CLEAR, Civic Laboratory for Environmental Action Research, has developed a ‘citizen science’ solution for people to collect microplastics as thin as a hair from the surface of water in a local ocean, lake, stream or canal.

Liboiron’s DIY product — BabyLegs, made from baby’s tights, a plastic bottle and other easy to find materials — aims to help ordinary people understand how extensive plastic pollution is, even potentially impacting their day to day lives.

On a larger scale, the Ocean Cleanup project, aiming to clean up an island of ocean rubbish “three times the size of France,” recently registered its first successful plastic pick-up. The Guardian reports that the floating boom device — created by young Dutch innovator Bojan Slat — is now kitted out with satellites and sensors to communicate its position to a vessel, which will collect the rubbish every few months.