It can grow other things too but it's safe to say, most people are using Seedo to grow weed.

Powered by AI and Machine Learning technology, Seedo enables anyone to grow anything with no experience and the same amount of space you would need for a mini-fridge.

But the company is well aware that the herb that little Seedo will most be responsible for growing, is cannabis.

In fact, the device’s impressive growing abilities have been translated from the knowledge of the company’s founder, retired expert cannabis grower Yaakov Hai.

Seedo’s biggest market is in the United States where growing and using cannabis recreationally is now legal in 11 states in the USA and in 22 states medical cannabis has been recognised as an effective treatment for numerous health conditions including PTSD, depression, chronic pain and for those undergoing cancer treatment.

A seed is placed in a nutrient-rich container (that will last for the plant’s growing cycle) and then placed inside Seedo who will take care of the rest.

Seedo then uses its own algorithm to implement the ideal water, fertilizer, and temperature levels for whatever you are growings in order to maximize its yield. 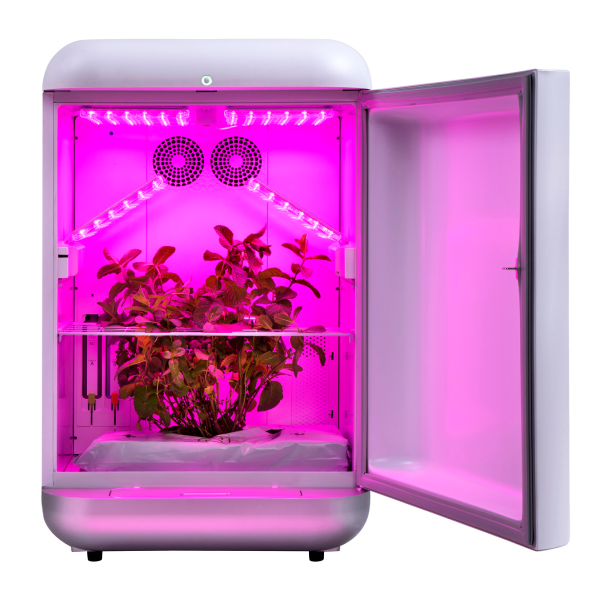 “Think of Seedo as the first driverless car for hydroponic growing,” the company says.

A recent trial run of Seedo found that “Individual robots were able to produce between 100-120 grams of dried bud in just 90 days, giving clients an excellent product grown without using pesticide.”

The device can grow up to five plants at once, and completely takes over the role of expert gardener, managing climate control, lighting and nutrient levels and thus is able to produce a significantly higher yield than more modest, traditional operations.

“The Seedo, it’s really a magical process,” said Brian, one of Seedo’s first pre-sale customers to complete a grow cycle. “I hit a button on my cell phone, close the door and believe it or not, 12 weeks later there are buds to harvest… you get exactly what you want, what can be simpler?”

Seedo has an app that lets you watch your weed grow —  in high definition no less. It also sends notifications, has a controller and the option to unlock the device from your smartphone. 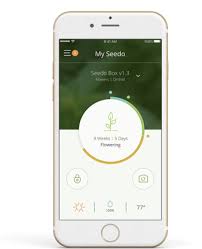 To optimize the growth process, Seedo gathers data about the various plants the units grow and uploads it to a data cloud without including any details about the units owners.

The company reports that to date, Seedo devices have aggregated over 280,000 hours of grow data.

In August, Seedo announced that they had partnered with Namaste Technologies, a leading online cannabis retailer to introduce the devices to the European market.

“We are setting our sights on new market segments and successfully expanding around the world. This relationship will introduce European consumers to our automated growing technology, and will give them the capabilities to grow their own plants – hemp, vegetables, fresh herbs, and flowers – at home,” said Seedo CEO Zohar Levy.

The AgriTech firm also has a much larger version of its technology in the form of Seedo Farm.

On March 19, Seedo announced plans to build the world’s first fully automated, commercial-scale, pesticide-free, containerized cannabis farm as part of a new partnership with Kibbutz Dan, an agriculture-based community in Israel, which was recently approved the export of medical marijuana.

Notably, in May 19, the company was accepted as a registered vendor for the United Nations Global Marketplace (UNGM). As such, Seedo now has access to hundreds of daily tender contracts from over 35 different UN organizations, with an annual budget of $4 Billion dollars, providing exposure to a variety of opportunities internationally.

Seedo Farm’s turnkey automated growing containers could allow communities in high-risk areas to grow their food locally without the fear of crop loss due to environmental and climate factors.

The airtight, stackable containers will allow cultivators to optimize land-use and reduce the environmental footprint of their farming operations.

Seedo’s AI-powered technology will also enable communities to grow high yields of both native and non-native produce with less labour, energy, and water than ever before and in less than ideal conditions.

In the future, and with their UN contract, the company is hoping that this technology will be used to grow food on a massive scale in areas of the world most affected by climate change and where the soil is poor in nutrients.

This is why former US Assistant Secretary of State for African Affairs Jendayi Frazer was named Seedo director, as she has extensive knowledge of the various needs of different parts of the continent.

In the far distant future, Seedo Farm’s technology could even be used when humans colonize space to grow food, and of course, cannabis.