A three-year European Union-funded project has created a dress and a vest that translates information from the wider world into touch and movement.

In a post on LinkedIn, SUITCEYES, a consortium of scientists around Europe, asked a simple but thought-provoking question:

“How would you listen to the news, ask a shopkeeper about a product, know that your train has been cancelled, or find the keys that you have just dropped…if you could neither see nor hear?”

The current answer is simple: You can’t.

Deafblind people—those who have both visual and auditory impairments—are eternally reliant on others, be they loved ones or professional interpreters, to guide them through the outside world and translate speech and directions into tactile (touch) or haptic (movement) communication. While there are many technologies to help people who have hearing or vision loss live full lives, SUITCEYES says there are “very few” useful communication tools for those with deafblindness.

This is a serious failing, as between 0.2% and 2% of the global population is estimated to be deafblind.

“Persons with deafblindness are a very diverse yet hidden group and are, overall, more likely to be poor and unemployed, and with lower educational outcomes,” a report by the World Federation of the Deafblind concludes. “Because deafblindness is less well-known and often misunderstood, people struggle to obtain the right support, and are often excluded from both development and disability programmes.”

It adds that despite numerous impressive achievements and tireless advocacy work, the issues faced by persons with deafblindness have overall “largely been ignored.”

This is exactly where SUITCEYES steps in. 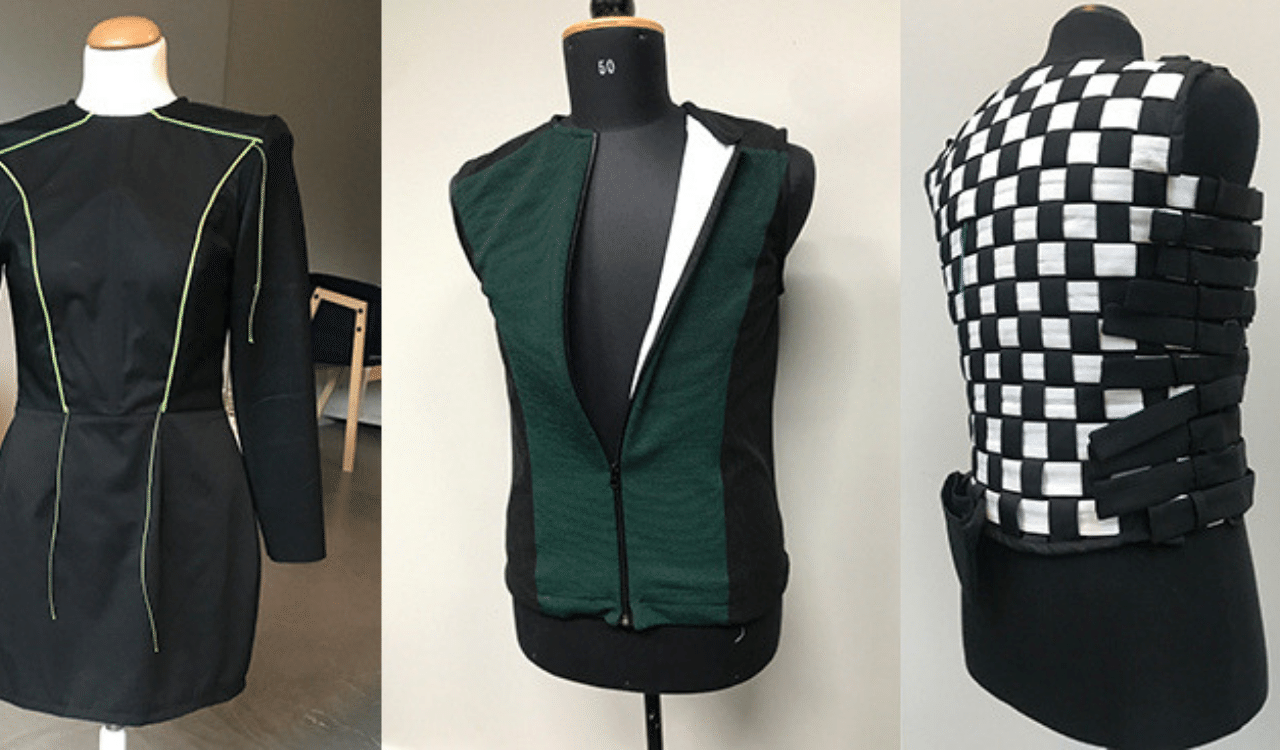 Made up of academics from countries including Sweden, Greece, the UK and Poland, the consortium has received €2.4 million in funding from the European Union’s Horizon 2020 programme to trial clothing capable of turning outside stimuli into haptic signalling.

They’ve created four prototypes—a red dress, a black dress, a green vest and black checkered vest—which are capable of transmitting small and targeted vibrations to spell out words or, for instance, simulate an ‘X’ on somebody’s back to indicate an emergency.

The idea is for the clothing to give someone with deafblindness the same information they would receive from a trained guide, allowing people to live more independent lives.

In the short term, the team wants to help people with deafblindness know where they are and what is in their immediate environment by improving communication through a haptic interface. Cameras, facial recognition and cutting-edge machine learning technologies are used by the garments, with SUITCEYES hoping the clothes will “tell the bearers if someone is looking at them or where the ball they dropped is in the room.”

SUITCEYES also wants to add a gamification aspect to the clothing, before presumably scaling up to the holy grail—translating speech from someone like a shopkeeper into haptic signals that a person with deafblindness could understand and ultimately respond to.

The researchers are convinced that the applications could go beyond deafblindness and be applied to the many circumstances in which a user lacks full access to visual and auditory senses—“such as firefighting in smoke-filled rooms, rescue missions in dark and noisy environments, sports training and more.”

Their work comes at a time when the world is increasingly aware of differing needs within society: the annual Helen Keller day celebrates the life of the renowned author and political activist who became the first deafblind person to earn a degree in 1904; and a new line of emojis have been created to show people that are deaf, blind, or use guide dogs.