The sex aid is designed to simulate touch and even a cuddle for disabled people who are unable to fulfill their right to sexual satisfaction.

According to the UN, around 15% of the world’s population — an estimated one billion people — live with some form of disability.

While vast swathes of this population are able to live perfectly independent lives, there are many that rely on caregivers to fulfil basic human needs.

The problem is that these caregivers are often family members. And even among family, there are some things — particularly sex — that are too embarrassing to discuss.

The result? Many people living with disabilities are not given the chance to fulfil sexual desires — a fundamental part of being human.

The suit, face mask and remote control combination is designed in a way to be private while simulating sight, touch, sound and smell. The suit includes heated cushions around sensitive areas (thighs, breasts) that inflate and vibrate to mimic touch. The eye mask comes with headphones, which play relaxing ASMR sounds, and releases pheromones to both relax and arouse the user. 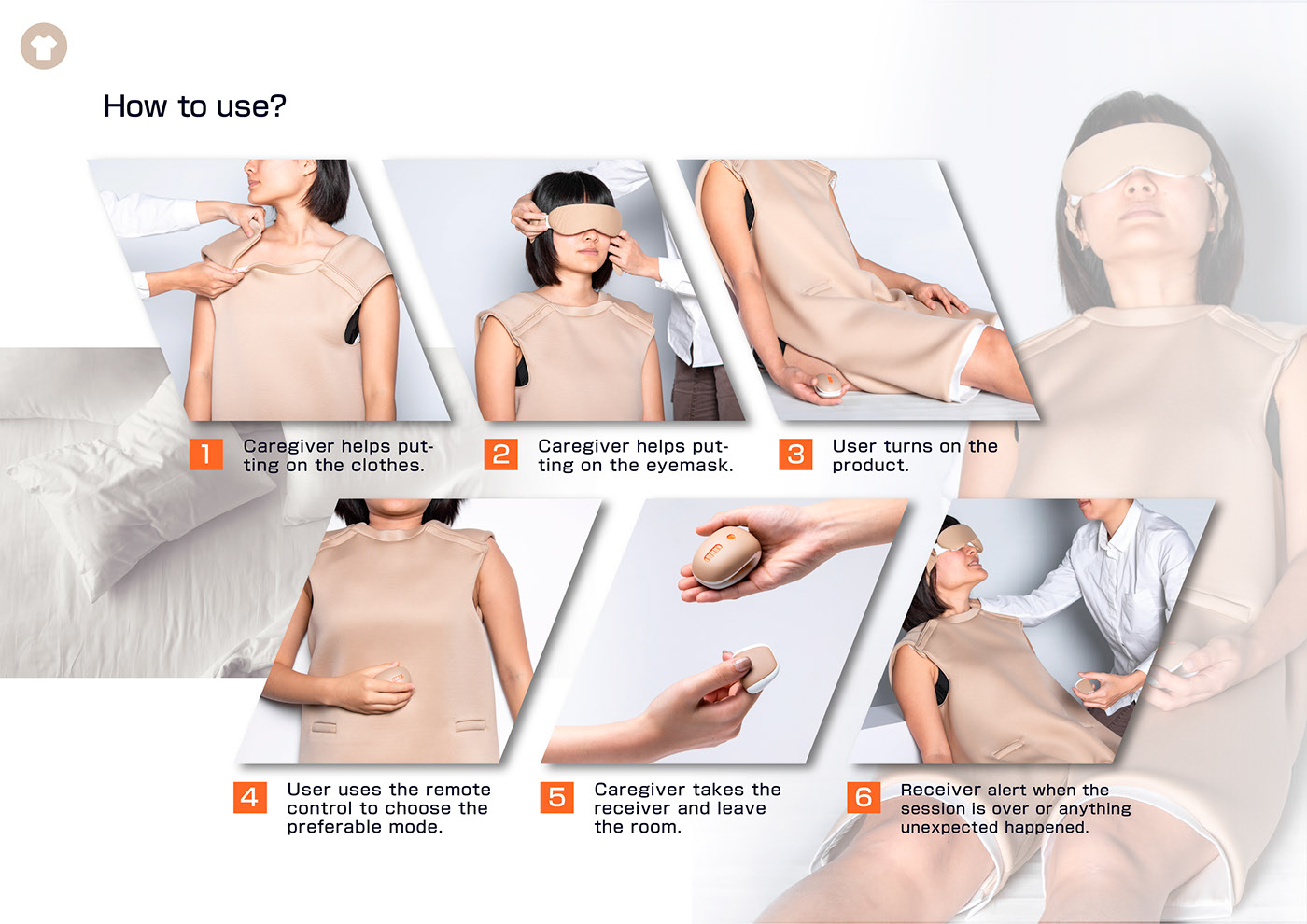 In addition, the suit is designed to simulate a comforting post-orgasm cuddle in order to ensure the whole experience is as relaxing and fulfilling as possible.

As reported by Dezeen, designers Hsin-Jou Huang, Szu-Ying Lai and Chia-Ning Hsu made the suit because they knew that embarrassment on the part of caregivers was stopping people with disabilities from having their sexual needs listened to or addressed.

“The right for disabled people to fulfil their sexual need has been ignored, and is considered as taboo in some regions,” explained the designers.

“In Taiwan, under its conservative social atmosphere about sex, the family of the person with a disability still discriminate on the issue of the right to sex,” they continued.

“The kit aims to give the same amount of attention to the sexual rights of disabled people that is given to non-disabled people,” the trio added. “Users can rely on Ripple to suffice their needs mentally and physically.”

A descriptive video explains that the process is separated into two stages — putting on the suit, and then enjoying it — to ensure disabled users can relax physically and mentally by being alone. The brain is the biggest sexual organ, after all.

Similarly, users can take control of the remote to adjust the speed of the device, and inform the caregiver — who will be provided with a corresponding receiver — when it is safe to come in.

Dezeen also highlights a similar project using design to make smoother and safer sexual experiences — including a brush that imitates the feeling of a caress and a set of sensory objects to rehabilitate women affected by sexual abuse.