The brilliant mathematician is the only woman to have ever won mathematics’ biggest prize, the Fields Medal.

On 13th August 2014, at a packed conference hall in Seoul, Tehran-born Maryam Mirzakhani made history. The short-haired, energetic mathematician’s work on the symmetry of curved surfaces won the prestigious Fields Medal—widely considered the Nobel Prize for maths.

This was important not just for the content of her research. It was important because it cemented her position as a stereotype-busting badass: She is the only woman in 83 years of history to have been awarded the Fields Medal. Her success was so well received back in Iran that she became the first woman to be shown in modern Iranian media without a headscarf.

“This is a great honor. I will be happy if it encourages young female scientists and mathematicians,” Mirzakhani said at the time in a press release. “I am sure there will be many more women winning this kind of award in coming years.”

Mirzakhani’s rise seemed assured: As a Professor of Mathematics at Stanford University, her “revolutionary” work was solving the unsolvable and completely rewriting the academic understanding of spheres, donuts and curved three-dimensional shapes. She was praised by peers for the “special” and very visual way she approached problems, combining principles from different maths fields to make her work “a real tour de force.”

Sadly, in 2017—aged just 40 years old—she died following a long-term battle with breast cancer. But her legacy within maths and the wider world of STEM endures unscathed, having just been celebrated again in the form of a new maths prize to support brilliant young female mathematicians. 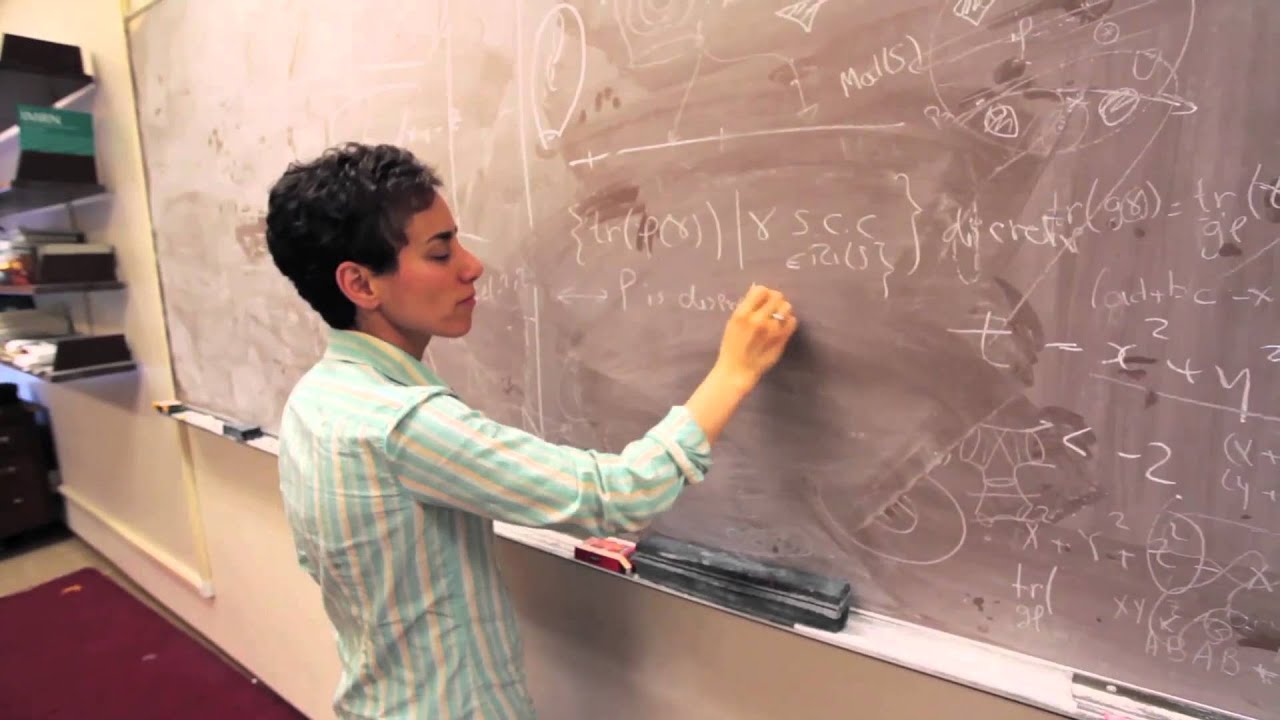 According to Stanford University, Maryam Mirzakhani initially wanted to be a writer but was drawn towards maths because it felt like “solving a puzzle or connecting the dots in a detective case.”

She ended up representing Iran at the 1994 and 1995 International Math Olympiads, winning gold medals and finishing in 1995 with a perfect score. Much like with the Fields Medal, she broke down barriers by becoming the first woman to represent Iran in the competition.

After an undergraduate degree at Sharif University of Technology in Tehran, she began a PhD at Harvard, where she solved a decades-old mathematical problem in her doctoral thesis.

“What’s so special about Maryam, the thing that really separates her, is the originality in how she puts together these disparate pieces,” Steven Kerckhoff, a mathematics professor at Stanford and one of Mirzakhani’s collaborators, said in the profile on Stanford’s website.

“That was the case starting with her thesis work, which generated several papers in all the top journals. The novelty of her approach made it a real tour de force.”

Her work could have implications for studying the big bang, prime numbers and cryptography. It certainly had implications for Alex Eskin, Mirzakhani’s long-time collaborator at the University of Chicago, who recently won a $3 million Breakthrough Prize for the work they’d completed together on moduli spaces and proving the “magic wand theorem.”

“I don’t have any particular recipe,” Mirzakhani said on the Stanford press release. “It is the reason why doing research is challenging as well as attractive.

“It is like being lost in a jungle and trying to use all the knowledge that you can gather to come up with some new tricks, and with some luck you might find a way out.”

Two years after her death, the Breakthrough Prize in Mathematics set up the Maryam Mirzakhani New Frontiers Prize, worth $50,000. It may be split between two or more outstanding young female mathematicians who finished their doctoral degrees within the past two years.

“We hope that the Maryam Mirzakhani New Frontiers Prize will help inspire young women to pursue their calling for mathematics,” Richard Taylor, chair of the selection committee for the Breakthrough Prize in Mathematics, told the website Live Science.

“Recognizing some of the many aspiring women in mathematics is a fitting tribute to the beautiful intellect of Dr. Mirzakhani.”