The revolutionary heart patch has been tested in rabbits and will now be trialled on humans.

Heart failure affects about 920,000 people in the UK and heart disease is the world’s leading cause of death.

A heart attack occurs when a clogged artery blocks blood flow to the heart muscle, starving it of oxygen and nutrients. This can damage the heart’s ability to pump blood around the body and lead to incurable heart failure.

The answer could be this thumb-sized, living, beating, “pumping” heart patch grown in a small lab dish using the afflicted patients own stem cells. It is then sewn on to the damaged part of the heart — a tear often caused by heart attacks. 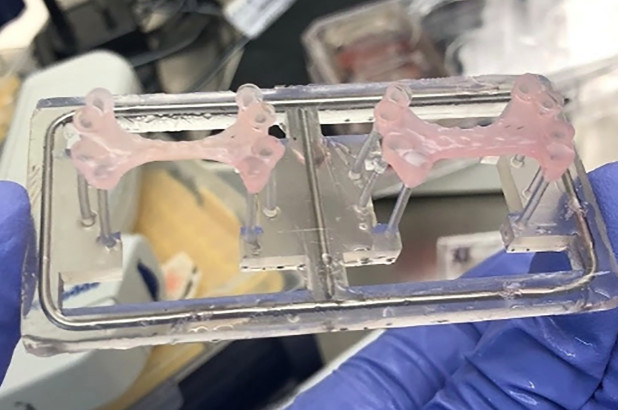 The patch has already been tested on rabbits and researchers from Imperial College London announced that it is now ready to be used on humans.

In as little as four weeks, the left ventricle of the rabbit hearts — responsible for pumping blood out into the body — were rebuilding and pumping healthily.

Dr Richard Jabbour, who carried out the research at the London British Heart Foundation Centre of Regenerative Medicine said “One day, we hope to add heart patches to the treatments that doctors can routinely offer people after a heart attack.

“We could prescribe one of these patches alongside medicines for someone with heart failure, which you could take from a shelf and implant straight into a person.”

The research for the heart patch was funded by The British Heart Foundation and will soon start human clinical trials.

Researchers are hoping that in the future, the patches can help patients suffering from otherwise incurable heart failure.