Producing ‘New’ Plastic May Soon Become a Thing of the Past

A revolutionary new method for turning plastic waste into top quality plastic could, in theory, be done with zero carbon footprint. But, will "thermochemical recycling" work fast enough to tackle the global plastic crisis?

What there was a way of solving the plastic crisis without getting rid of plastics? Or contributing further to global warming? Or having to make any new plastic, ever again?

And what if—unlike other attractive, but probably unworkable solutions—such a method could be implemented at scale, without massive overhauls to current infrastructure?

You’d say it was impossible. Or not ready for the ‘real world.’ Or prohibitively expensive.

Yet stunning new research by scientists at Chalmers University of Technology, published in the journal Sustainable Materials and Technologies, has—tentatively—set out a path towards such a future.

But, the headline finding from the study on “thermochemical recycling” is that scientists have developed a way to use existing petroleum plants and very high temperatures to break plastic waste down to a molecular level, then make new plastics with the same quality as the original plastic from the resulting gases.

Any resulting carbon emissions are trapped, so they don’t leak out into the world.

In other words, a mix of plastic waste from homes, the land and the sea can be taken to a plastic factory, which would switch from treating new fossil fuels to a “thermochemical” process that can make shiny new plastics from a garbage bag of plastic waste.

In addition, this loop-like process could be powered by renewable energy—meaning no more energy would have to be spent bringing plastic products into the world.

“Through finding the right temperature—which is around 850 degrees Celsius—and the right heating rate and residence time, we have been able to demonstrate the proposed method at a scale where we turn 200 kg of plastic waste an hour into a useful gas mixture,” explained Henrik Thunman, professor of energy technology at Chalmers. “That can then be recycled at the molecular level to become new plastic materials of virgin quality.” 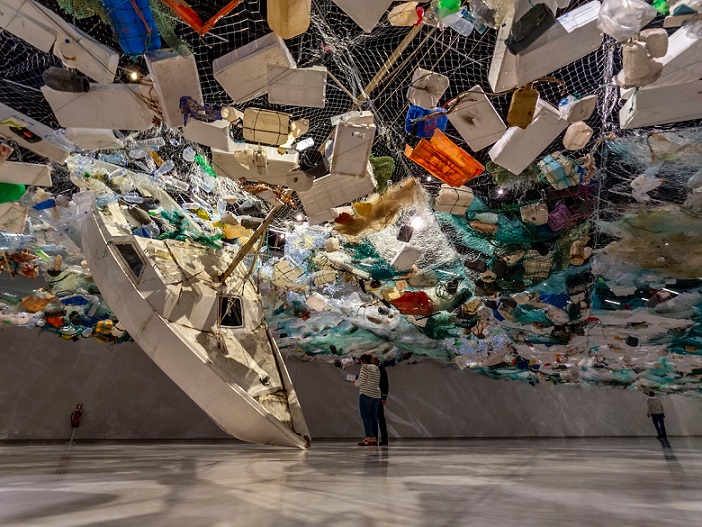 This thermochemical process has enormous implications for the world we live in.

First and foremost, it would help use tackle our ridiculous plastic waste crisis. A recent study—the first global analysis of all plastic ever made—found that of the 8.3 billion metric tonnes of plastic created since 1950, 6.3 billion metric tonnes have ended up as waste in our oceans, natural environment or landfills. If nothing is done by 2050, there will be more tonnes of plastic waste in the oceans than fish.

Part of the problem is that it’s so cheap to produce new plastic that there’s little financial incentive to go about collecting plastic waste, sorting it, and trying to reform it into new plastic. Used plastic is a burden that countries pay private companies (and other countries) to get rid of—and poor governmental oversight and waste management has only exacerbated the pollution problem.

If it were suddenly possible to take a huge mix of plastic from landfill, rivers and oceans and turn it into new plastics that were every bit as good as new plastics—and there were relevant financial incentives to do so—the way the world looks at the plastic crisis would change beyond recognition.

Thunman explains this as providing a “true value” for used plastic and, therefore, an economic impetus to collect it. On this point, it’s also relevant that his study talks in terms of hundreds of kilograms of plastic waste, rather than the grams or milligrams usually discussed in such work.

What’s more, the new process would have a huge impact on what we recycle. Too much of the plastic we sort for recycling is rejected from the process for being ‘contaminated.’ Thermochemical recycling has no issue with the mix of plastic waste, meaning there’s no class of plastic that would somehow keep ending up in landfill.

Similarly, the vast majority of what actually is recycled comes out lower quality. Chalmers describes this as the “waste hierarchy,” which starts with new plastic and inevitably ends in low-quality recycled plastic being incinerated. The thermochemical process would instead create plastic of original quality—at the top of the waste hierarchy. 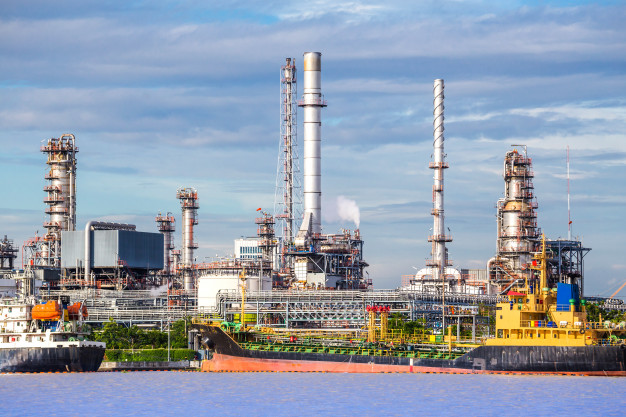 Not a silver bullet

Again, it’s to be stressed that one study cannot represent the answers to our plastic crisis. Reducing consumption is obviously the best way to reduce the amount of plastic created and discarded. And, there are serious questions about whether renewable energy output is sufficient to ensure such a process could be carbon neutral.

Such themes were debated intensely on discussion website Reddit, with one user, Abrham_Smith, calculating that even if a thermochemical plants were installed in every US city with a population of over 10,000 people, they would theoretically only be able to recycle under 5 percent of the global plastic output every year.

But, this was met with strong response by the user QVRedit, who wrote that the point of such plans is to prove feasibility. “A bit like the original ‘Wright Flyer’ — in reality it was pretty useless — but it did demonstrate that powered flight was possible.

They added that it was the same with any new technology, in that the first versions “just about work,” while real improvements come in later versions.

“You have to start with proof of principle,” they concluded.