Planted is the latest company to join the plant-based faux meat market. However, unlike most well-known companies in this space, the Swiss company has decided to debut with meatless poultry.

The imitation meat is made with pea protein, pea fiber, water and sunflower oil and manufactured with simple techniques, pleasing both vegans, who tend to be concerned about the environmental impact that their food is having on the planet, and the business’s production team. Called “planted.chicken,” it’s made by first creating a fibrous mass with the above ingredients, then using an “extrusion machine” to imitate the muscle fibers of real chicken.

“The production is in many ways similar to a pasta-making process,” Lukas Böni, one of Planted’s co-founders, told ETH Zürich. “We use a machine similar to industrial pasta manufacturers, but we set different pressure points and temperatures during the process. Besides, we vary the water contents and use different ingredients. Whereas pasta is made at room temperature, we heat our ingredients with distinct pressure and temperature-zones to assure superior texture. It is the controlled process that leads to the meat-like texture, look, and feel.”

Planted’s customers are vegans, vegetarians and flexitarians—people who eat meat but are trying to cut back to improve their health, the environment or animal welfare.

“If we manage to convince meat-eaters and flexitarians to swap animal-based meals for plant-based meals once or twice a week, we can truly make an impact,” Böni said. 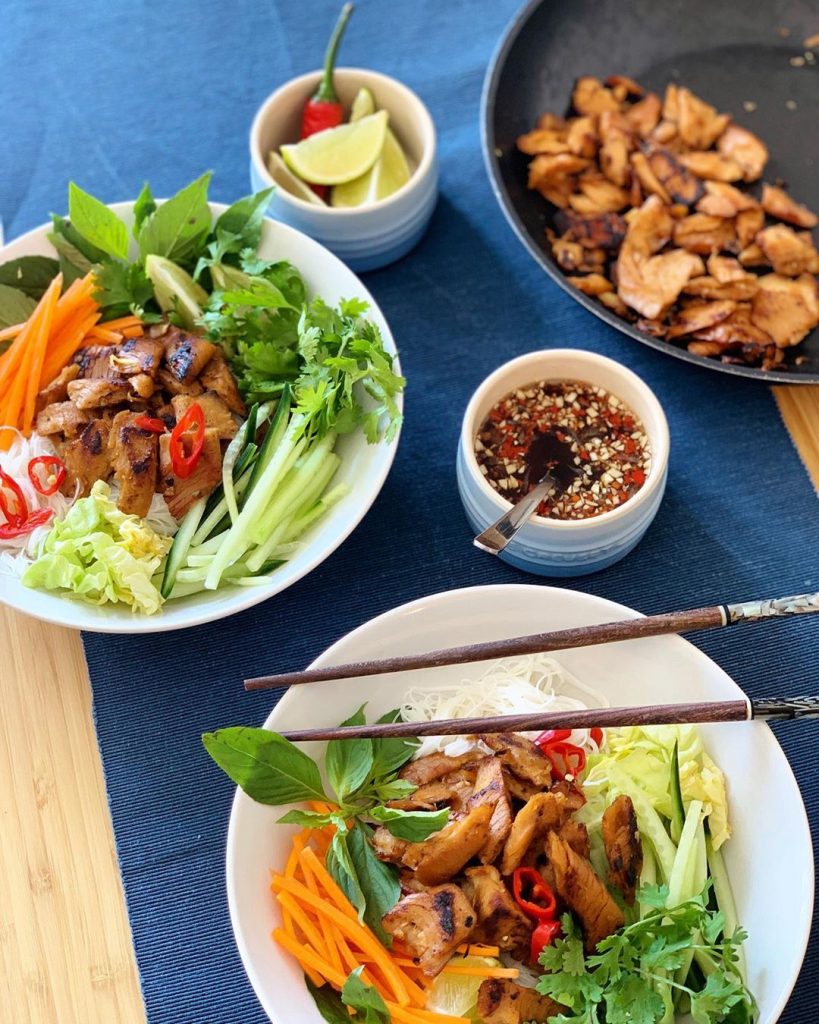 Planted.chicken is high in protein and contains no gluten, soy or fat. As its properties are different from real chicken, it cannot be substituted in the same way in every recipe. Meals that need a simple grilled or chopped chicken breast would be ideal, according to TechCrunch.

“Our current food system based on animals is devastating for our planet,” Stirnemann said on the company’s website. “Creating meat directly from plants how we are doing has the potential to fundamentally change this.”

While neither is opposed to eating meat, both are concerned about the amount of land, questionable ethics and unhealthy byproducts that result from the meat industry.

“Our calculations indicate that our planted.chicken saves up to two thirds of GHG emissions and arable land and uses about half the energy that is required to produce chicken,” Böni explained.

Research into the meat-imitation process first started with an unlikely source—hagfish slime; its properties played a major role in the team’s knowledge of “meat-like structures” while studying food sciences at ETH Zürich.

“This amazing natural hydrogel and [Lukas’s] biomimetic approaches strongly contribute to our understanding of meat-like structures today and how they can be mimicked and eventually even improved from a biomaterials perspective,” said Bieri.

However, such research and development methods don’t come cheap, and the trio has put a premium price on the product. They expect to be able to lower it over time with economies of scale.

While the Planted project has been underway for over a year and a half, the company officially launched a couple of weeks ago. Planted.chicken is currently only available at a handful of restaurants, with plans to expand internationally over the next year.