The Hadhad family fled Syria after their chocolate factory was bombed in late 2012. Shortly after relocating to Canada, they opened Peace by Chocolate—a thriving new chocolate business earning nationwide plaudits.

In late 2012, during one of the most deadly periods of the ongoing Syrian conflict, bombs rained over Damascus. One of the countless casualties was a thriving chocolate factory run by the Hadhad family, whose team of 30 people had been sending speciality treats all over the Middle East.

The family had no choice but to flee to next-door Lebanon. Many others had done the same: An estimated 1.5 million Syrian refugees had ended up in the country of 5.9 million people, making the population one refugee for every four nationals. The Hadhads, whose youngest children were not yet teenagers, spent three years in a refugee camp with “little opportunity or hope.”

Then, thankfully, their fortunes turned around. They were invited to Canada in 2016, ending up in a little Canadian town called Antigonish next to the Atlantic Coast. After a few months getting used to the new area—mostly enduring the harsh winter—they got to work on reestablishing the chocolate business.

“In Syria, it was my father’s passion to make chocolates,” commented Tareq Hadhad, founder and CEO of Peace by Chocolate. “He was an excellent chocolatier, and he established a factory in Damascus for 30 years. Now, we are continuing the family tradition here in Canada.”

The new company began by selling boxes of homemade chocolate out of a shed in their rural home. Their pitch was to combine “a blend of Syrian fillings and ingredients,” including nuts, fruit and spices, to create “a little taste of heaven in every sweet.”

The Hadhads were soon selling treats in local food markets and distributing across the country through wholesalers.

As part of this growth, the family opened a factory just outside their hometown of Antigonish—which employed 45 people at its peak in 2018. 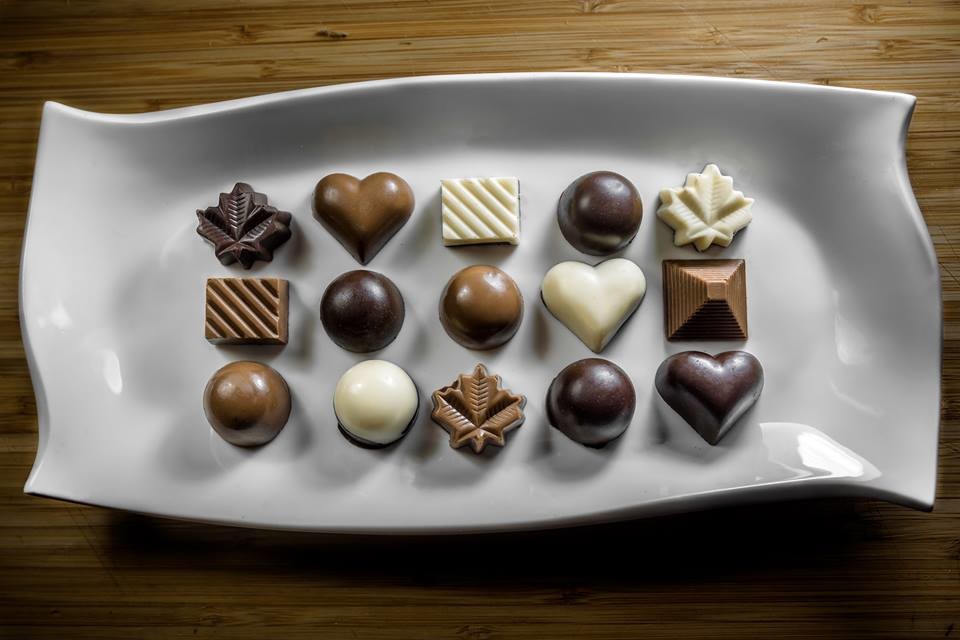 Peace by Chocolate image. From the company’s LinkedIn page

The Hadhads’ dedication to chocolate and their local community has been shared across across the globe, with stories in the BBC, CNN, AlJazeera and The Guardian. Tareq met former US President Barack Obama, and their story was even shared by Canadian Prime Minister Justin Trudeau at the United Nations.

“The Hadhads said that they knew what it felt like to flee their country, to flee their homes and lose everything and they wanted to help by giving back what they could,” Trudeau said, as quoted in CBC News.

“Last month, just eight months after arriving in Canada, the family realised their dream and opened a small chocolate factory in their new hometown.”

Giving back to the community

Tareq has been clear on the need to “give back” to Canada, which provided the family a second chance at making their chocolate business work.

Alongside donations from profits to local fire relief efforts, Tareq announced in early 2019 that the company would employ 50 refugees and mentor 10 refugee-run Canadian startups over the next few years.

The idea is to share information about the logistics, registration, marketing and sales to newcomers. “The steps we took since the beginning,” he explained to CBC News. “The challenges, the cash-flow issues, the grant opportunities that are available.

“That commitment really comes from a solid belief that the success for one is a success for all. And this country really has given us a lot, so now it’s our turn to give back and pay it forward.”

“Refugees and immigrants, they don’t come to Canada empty. Even though some of them they come with low cash flow, but at the end of the day they have skills, they have talent,” he added.

Tareq’s story was pulled back into the public consciousness this week when he posted a video on Twitter that went viral—explaining that he had passed his Canadian citizenship test with a 100 percent score.

Can’t hide this anymore! I passed my Canadian citizenship test with a 100% Score, not even one answer was wrong. My ceremony will be in a few weeks. They said bring your family, but not sure if there is a venue that can fit 37.59 Million Canadians, I have a big family now ?????? pic.twitter.com/FTUfncx0rx

“My ceremony will be in a few weeks. They said bring your family, but not sure if there is a venue that can fit 37.59 million Canadians, I have a big family now,” he joked in the tweet.

“Thank you everyone for the support over this journey and I’m really honoured to be a Canadian at this moment. Thank you.”