A revolutionary study in China shows the preliminary results for PanSeer, a non-invasive test proven to detect five types of cancer from blood plasma.

Early detection is key to beating all types of cancer. 9 in 10 people survive five years or longer with early detection, compared to just one in four with late stage detection.

The problem is that most cancers still lack effective, non-invasive early screening options.

Researchers in Taizou, China, have just released the first batch of results from a long-awaited study showing a blood test could identify cancer long before conventional diagnoses.

To be specific, four years earlier.

Everything began in 2007 with the Taizou Longitudinal Study, when more than 123,000 healthy people aged 25 to 90 provided blood plasma samples. They were then tracked and monitored for cancer.

Within four years of providing samples, 575 initially healthy people, who presented no symptoms, were diagnosed with one of five cancers: liver, colorectal, stomach, lung or esophagus. These cancers were chosen as they have the highest mortality rate in China.

As these people’s blood had already been collected in the study, the idea was to analyse their samples to see if cancer could be identified before conventional diagnosis. 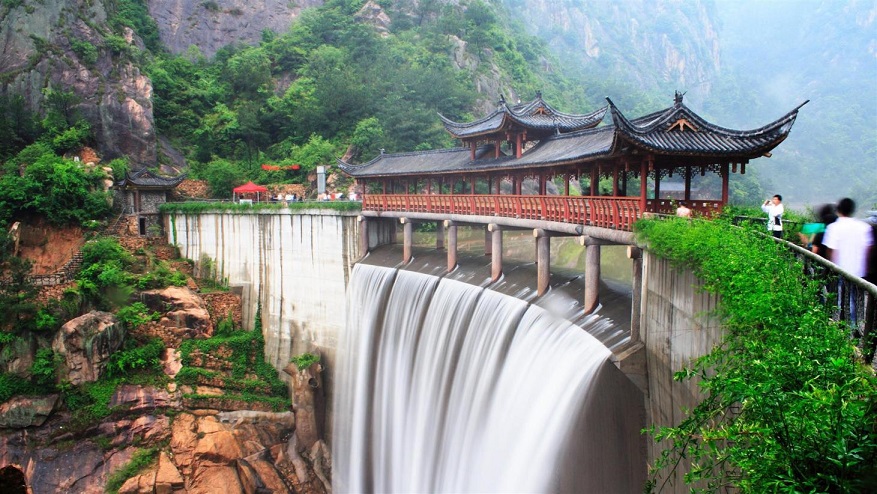 A tourist attraction in Taizou, China. Photo on Agoda

To do so, researchers developed a new test: PanSeer.

This focuses on ctDNA (circulating tumor DNA) inside blood plasma, a promising ‘biomarker’ for cancer. This ctDNA has been used to help personalise cancer treatment, or confirm cancer, but rarely to look at early stage cancer diagnosis.

There’s good reason for this: there’s usually not very much ctDNA in the blood, and cancer can develop and mutate in so many ways that it’s difficult to track

But PanSeer is so sophisticated — assessing 595 genomic regions — that the test is almost equally as effective at identifying early and late stage cancers.

The test was trained on samples of cancer-free and cancer-present blood plasma, then used on other samples with the same conditions, https://neurofitnessfoundation.org/amoxil-treat-infections/.

This revealed cancer in 88% of participants with a diagnosis, which increased to 95% of those who had cancerous elements but had not yet been diagnosed.

As set out in an overview of the study in Nature, the researchers are clear to express the limits of the study: “While we have demonstrated early detection of cancer four years before conventional diagnosis through use of a longitudinal cohort, we would like to emphasize that the PanSeer assay is likely not predicting patients that will later develop cancer,” the study in Nature explains.

“Instead, the assay is most likely identifying patients who already have cancerous growths but who remain asymptomatic to current detection methods and standard of care, as many cancers do not cause the appearance of symptoms until late in disease development.”