Pablo Servigne Is Ready For The End Of Our World

The radical French thinker's theory of 'collapsology' has just been published in English for the first time. We explore his surprisingly hopeful vision for the future.

We’ve spent decades talking about the potential for environmental collapse. But what if the problems facing us today—disease, rampant inequality, pollution, political decay—lead to the collapse of society as we know it?

Popular French writer and provocateur Pablo Servigne has spent the past few years devoted to this idea. The result is collapsology, a surprisingly positive and inspiring theory of change.

“Collapse means rebirth,” he says in an interview with Nouvo. “It’s clear from nature: There are ecosystems and forests that burn, are reborn, grow again… biologists call it the adaptive cycle.

Servigne’s theory, which has parallels with the doughnut economics concept created by Kate Raworth, was outlined in the 2015 book, How Everything Can Collapse: A Manual For Our Times. This was followed by Another End To The World Is Possible; and Mutual Aid, The Other Law of the Jungle—which presents an optimistic and collaborative vision of human nature.

“Collapse is not the end—it’s the beginning of our future,” he writes. “We will reinvent new ways of living in the world and being attentive to ourselves, to other human beings and to all our fellow creatures.” 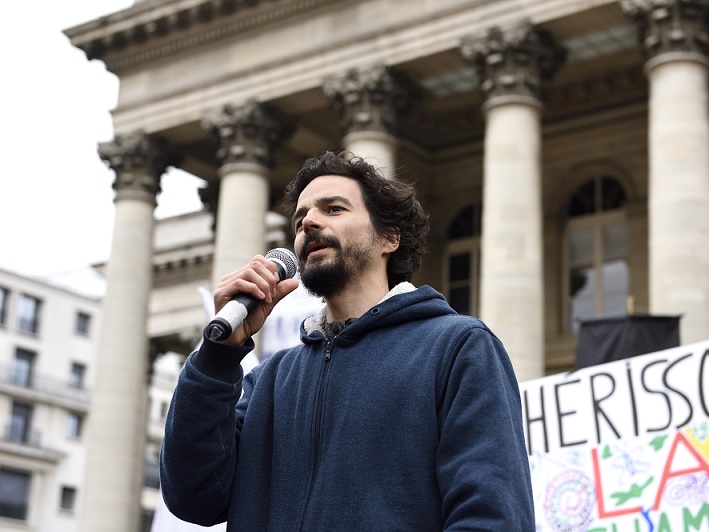 The idea of collapse has become harder to ignore in the middle of a global pandemic, which Servigne stresses has laid bare how interconnected and vulnerable we all are.

“Our civilisation is very powerful, thanks to oil and fossil fuels, but this power also makes it incredibly vulnerable,” he says in a video chat with Trans Mutation. “Only we can’t see it or feel this because we’re in a comfort zone which makes us arrogant, thinking that viruses are for the middle ages, and that there’s nothing left to fear.

“Our way of existing in the world has become toxic. Humans think they are separate from nature…The abundance of fossil fuels has created the breeding ground for ideologies based on competition and selfishness. And the economy is toxic, privatising profits and socialising the losses.”

He continues: “The current crisis displays all of our vulnerabilities, and space has cleared to take massive, concrete, radical steps.”

Pablo Severigne started as an academic but branched out to write about and develop green movements. He says his style of thought is similar to a pollinating bee.

“There are some people who love to spend all their lives going to the very depths of a subject. I admire these people because I have the opposite tendency,” he said in a TEDx talk.

“I love to fly from one scientific discipline to another, one subject to another, like a bee that moves from flower to flower.”

He says this ‘horizontal thinking’ led to collaborations across science, politics, feminism, philosophy and social ecology. It helps develop a global view, to see the connections between disparate disciplines and to share solutions that emerge in one field.

It’s the sort of thinking that led him to co-found Yggdrasil, a new magazine focused on studying the collapse and rebirth of civilisation.

“The risk from every discipline is serious,” he says, talking about climate change. “But when you look at them all together, it’s much more serious. It’s more than the sum of its parts.”

When asked whether coronavirus was the shock that will cause the end of civilisation, Severigne was coy, saying that is a question for “the historians and archaeologists of the future.”

“We won’t know until much later whether we’ve experienced collapse.”