Former college baseball player Sam Kuhnert set up the sports foundation to show all kids that they were “created perfectly” and can achieve anything.

In Autumn 2018, a bunch of kids from the NubAbility sports camp watched from the stands as Seattle Seahawks star Shaquem Griffin did what he did best: lead the line through a series of crunching tackles.

After the game, the kids gathered on the pitch and prepared to meet their hero. But this was no ordinary meeting. It was a hugely powerful and tender moment for both NubAbility and Griffin.

Griffin is a household name in the US for two reasons: his incredible speed, having run a memorable 40 yards in 4.38 seconds in 2018; and for managing to become a respected, professional American football player without a left hand.

My favorite moment from Nubability Camp. Tim overcoming his fears and self-doubt and landing a 20” box jump. If you have not heard of Nubability Athletics and its founder, Sam Kuhnert, check them out.#NubCamp2019 #DontNeed2 #GameOn
@nubabilityathletics @samkuhnert pic.twitter.com/EIQEcPK0v9

The NFL linebacker was born with amniotic band syndrome, which prevented his left hand from developing properly. It was amputated when he was just four years old.

Yet here he was, fresh from a starring role in a professional game, standing in front of a group of sports enthusiasts using prosthetics and missing limbs. Griffin was living proof of everything that the camp tells its young people—you can do this, there are no excuses, don’t let anybody take you down.

“All it takes is hard work and giving it everything you got,” Griffin told the group, as quoted on the Seahawks website. “It doesn’t matter what limits you have, as long as you give it everything you’ve got, eventually it’s going to pay off.

“A lot of kids nowadays, they start working, then when it gets too hard, they stop. You’ve got to be able to push through the hard parts, and eventually it will come out in your favor.” 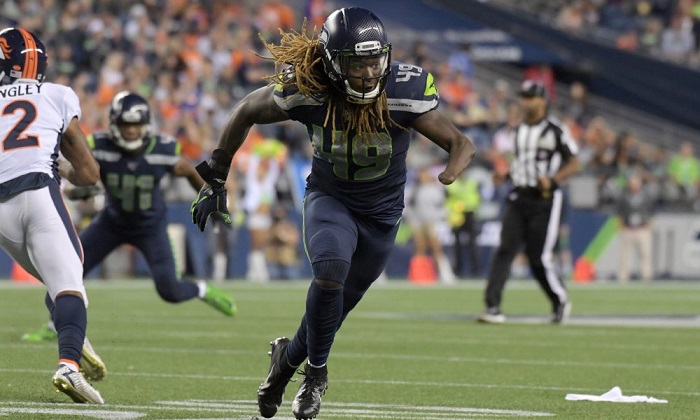 NubAbility was founded in 2011 by Sam Kuhnert—himself a limb-different athlete—as a summer camp to fill the “void in courage and confidence” that he saw among limb-different kids, and that self-motivation, sport and faith had always filled for himself.

For the first camp in 2012, Kuhnert recruited seven accomplished limb-different athletes to coach and mentor kids. By 2019, this had grown to a total of more than 25 camps hosted, more than 650 campers, and more than 90 coaches.

Overview videos show kids learning to play and thrive at sports including basketball, baseball, lacrosse and volleyball. NubAbility stresses that the camp may be the first time young people see other limb-different children like them, and they try to match campers to coaches with similar limb differences to inspire courage and confidence. 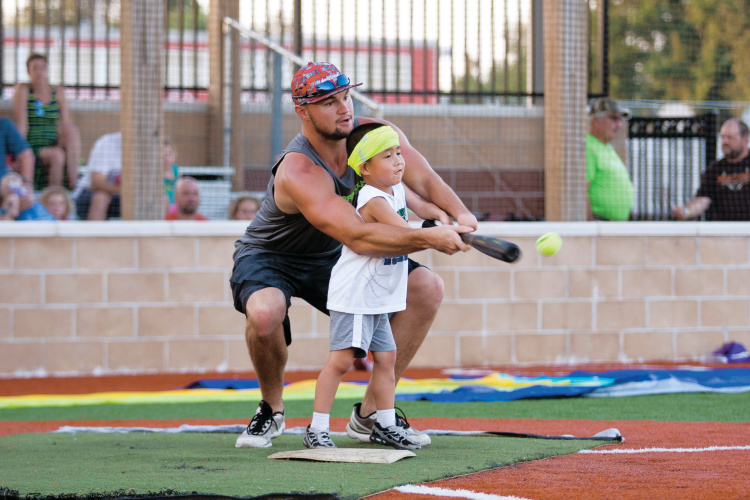 Individual success stories are incredibly moving. One video, which recently went viral, shows a young camper called Tim overcome his fears to land a standing jump onto a 20-inch box. Tim’s extraordinary feat is accomplished without arms to balance or catch him if he falls.

“All my life was filled with people doubting me and doubting my abilities – whether as a young kid starting off in T-ball, or little league basketball, or any sport really,” reflects Kuhnert in a promotional video. “Never really anybody raising me up, other than my family members and close friends.

“So every year I did the same thing. I would use that doubt to fuel myself and to prove everybody wrong.”

Kuhnert made his way through middle school and high school baseball, eventually signing for two different colleges and securing a place as one of the most successful pitchers in his league.

“I started this foundation to show kids they were born and created perfectly,” he adds in the video. “If they had an amputation, they weren’t put in a situation that they can’t overcome.

“They will be the athlete that they want to be.”