Norm Glasses, the Smartest Normal-Looking Glasses Out There

Aiming to take tech completely out of our hands, Human Capable's Norm Glasses are AR smart glasses designed to be indistinguishable from normal sunglasses and take nearly all the functionality of your phone.

As a generation that has developed such a strong attachment to our smartphones, it sometimes seems as though they have become extensions of our bodies.

While these devices can be incredibly useful and many of us would struggle to live without them, they have also become a constant distraction, always keep our hands full and our heads down.

A common claim of wearable tech is that it can help us avoid falling into rabbit holes on our mobiles and be more present.

One company that is aiming to take tech completely out of our hands is South Florida-based Human Capable with their Norm Glasses — augmented reality (AR) smart glasses designed to be indistinguishable from normal sunglasses.

Featuring an Android-based operating system, voice user interface, speakers, camera and a display that shows digital content in the user’s field of vision, the deceivingly normal-looking glasses allow users to interact with the digital world completely hands-free and be more productive.

“Norm Glasses take nearly all the functionality of your phone, refines it and puts it right in front of you.”

Just like regular sunglasses they can be hung on a shirt or blouse when not in use or folded to fit comfortably into any standard glasses case and are designed for everyday use.

Norm Glasses also provide captioning for the hearing impaired and enable the visually impaired to interact with digital content through voice or remote assistants.

Weighing less than 36 grams, they also support all standard lenses currently on the market, including prescription, photochromic and polarized lenses.

Norm Glasses’ frames are embedded with a standalone fully functioning micro-computer and display which acts as “the brain” of the glasses.

All components are embedded so discreetly that nobody should be able to tell any technology is present, maybe even allowing the user to get away with watching Netflix while nodding along to a particularly uninteresting conversation.

Noise-cancelling microphones enable users to call, talk, voice control and dictate while an embedded camera can take pictures or record videos that can be stored locally in the embedded system or online.

The smart specs connect to mobile devices and other programs and also integrate with various voice assistant platforms, such as Alexa.

They can be activated with either voice commands such as “check the weather,” or a touch pad on the frames.

Calls can be answered with a nod of the head allow the wearer to avoid frantic bag rummaging and pocket diving.

From turn-by-turn navigation shown in the display to recipes and instructions read aloud, Norm Glasses provide a productive way to integrate technology into an everyday item. 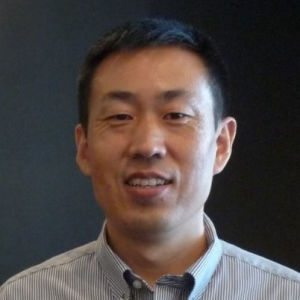 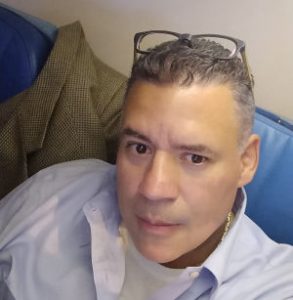 Human Capable was co-founded by Charles Sun and Alberto Rivera in 2016 but the idea came one year earlier when Google Glass ceased production. Sun, the creator of the glasses, was working on a pair of audio specs without any display function, but with Google’s surprise withdrawal from the wearable AR market, he saw an opportunity to take their place.

After 4 years of creation, testing and defining their market, Human Capable was ready to introduce Norm Glasses to the masses and launched a Kickstarter campaign in July 2019, garnering $591,411 in pledges in 30 days — considerably more than their $15,000 goal.

In addition, Norm Glasses are innovation award honorees in 8 other categories, for a total of 9 awards.

Human Capable—featuring Norm Glasses—will be demonstrating as an exhibitor at CES 2020 taking place in Las Vegas, January 9th to the 11th.

The revolutionary eyewear is currently available in self-branded frames for $349.00USD (around £266 GBP) but the company is also on the hunt for brand partnerships on a technology licensing business model.