Nohbo, the Sustainable Company Taking Plastic Out of Your Bathroom

Founded by then-14-year-old Ben Stern, the startup is looking to disrupt the personal care industry with its water-soluble solution to single-use plastics.

According to a 2018 National Geographic article, over 6.3 billion of the 6.9 billion tonnes of plastic waste created worldwide never made it to a recycling bin. As microplastics have found their way into the marine food chain, research has found that 59 percent of whales, 36 percent of seals, 40 percent of seabirds and 100 percent of marine turtles have eaten plastic or another being that has consumed plastic.

“This isn’t a problem where we don’t know what the solution is,” Ted Siegler, a Vermont resource economist with over 25 years of experience working with developing nations on garbage, told National Geographic. “We know how to pick up garbage. Anyone can do it. We know how to dispose of it. We know how to recycle.” It’s a matter of building the necessary institutions and systems, he says—ideally before the ocean turns, irretrievably and for centuries to come, into a thin soup of plastic.

Nohbo, the startup founded when its CEO Ben Stern was only 14, is looking to combat this problem head on by replacing single-use plastics permanently. The company has developed the world’s first single-use, water-soluble drops for personal care products, attracting the attention of billionaire Mark Cuban when the then-16-year-old promoted the startup on Shark Tank in 2016.

“Every year, shampoo plastic bottle waste fills nearly 1,200 football stadiums in the US alone and each bottle can take up to a millennium to compost,” Stern told New Hope Network in 2017. “This stems from the fact that four out of five people don’t consistently recycle any items from their bathroom.”

The drops are composed of two main sections: a water-soluble outer film and a moisturising base of shampoo, conditioner, body wash or shaving cream. The company also manufactures coconut soap slips to remove the need for soap bottles to wash hands. 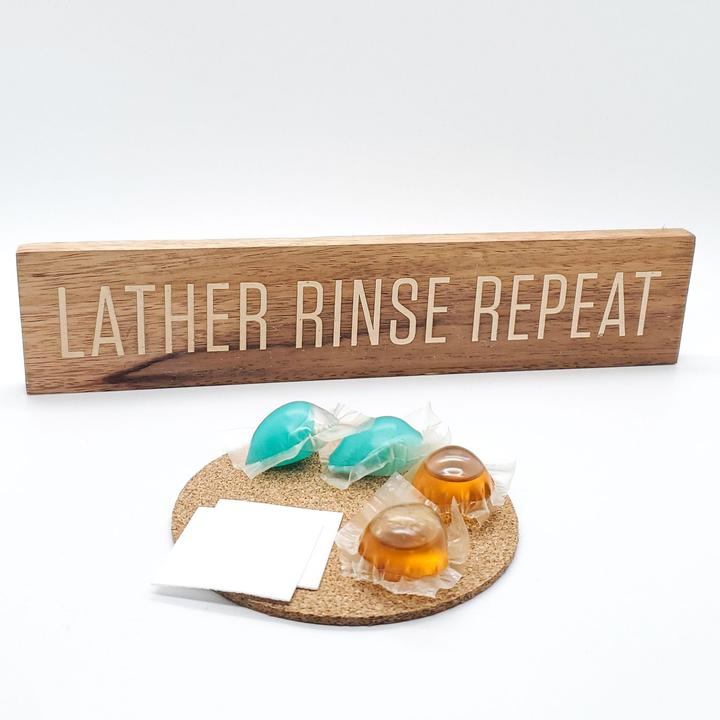 The Family Bundle by Nohbo

“Nohbo’s mission as a business is to combat that waste with an alternative solution to disposing of these bottles, which benefits everyone from local suppliers and their employees, companies who have to spend less on carbon-producing shipping and waste removal services, and the bather who now can find a way to live an eco-friendly lifestyle with ease,” Stern continued.

Since Nohbo’s Shark Tank appearance, the company has entered into partnerships with Fortune 500 companies to create sustainable, plastic-free personal care lines of their products. Nohbo is also working with top distributors in the European hospitality industry, as the EU’s recent decision to ban single-use plastics has encouraged businesses to look for plastic-free alternatives.

Nohbo sells its products directly on its website and is hoping to create a subscription-based system in the future.

Cuban, who has joined the company’s board of directors, is also helping the company to implement a strong direct-to-consumer strategy.

“Ben is global now, and that’s just the beginning,” Cuban said in Nohbo’s “Shark Tank Update” this past January, according to a statement. “Now that the product is ready for primetime, we are going to add consumer subscriptions. This literally could be a $100 million dollar enterprise over the next five to six years built around sustainability. There is nothing better than doing well by doing good!”

The startup raised $3 million in a seed funding round led by Material Impact, with participation by Safer Made and existing investor Mark Cuban’s Radical Investments.

“Single use plastics are a menace to our environment,” said Adam Sharkawy, co-founder and managing partner of Material Impact. “This is truly a material science innovation that is making a big impact on one of the largest culprits of plastic waste in our land and waterways.”

In response to the COVID-19 pandemic, the startup has temporarily developed a community pack with coconut soap slips in bulk for families and organisations. For every pack sold, Nohbo will donate soap slip packs to a North American charity, shelter or critical organisation of the customer’s choice.