Nikola Motor, the company creating high-performance, hydrogen-powered electric trucks, has just announced a major breakthrough for zero-emission travel: a new battery that could double the range of electric vehicles.

Nikola even claims that these benefits would come with “little or no” increase to battery size and weight and could slot straight into existing vehicles. 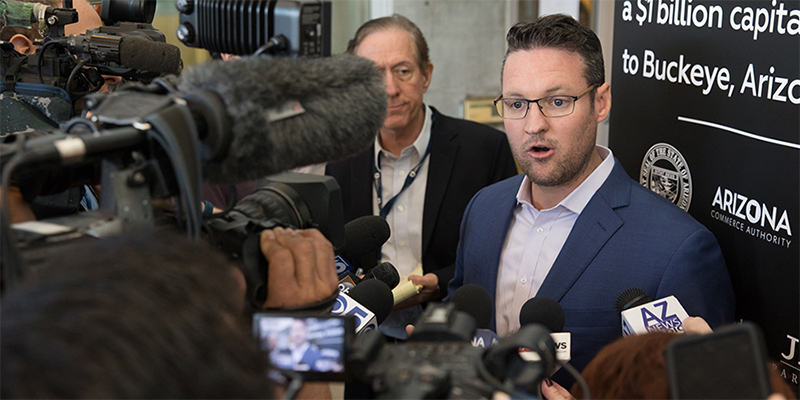 One of the biggest issues for electric travel has always been range, with most vehicles limited to cities due to small range and a limited refilling infrastructure. This is a particular challenge for Nikola, which aims to disrupt the long-haul trucking market.

Trevor Milton’s response was to switch to hydrogen fuel cells which lighter and can be refuelled more quickly. The company’s flagship product, Tre, had a 750-mile range (1200 km), aided by a particularly aerodynamic design—using side-mounted cameras instead of wing mirrors.

Using the new batteries, Nikola predicts its trucks could increase their range to 1,000 miles between stops, and be refilled in just 15 minutes. It also says the cell technology is “environmentally friendly and easy to recycle” by moving away from conventional lithium-ion cells that contain toxic and expensive elements.

While staggeringly popular, with a valuation of $3 billion, Nikola Motor has, until now, been in a relatively early phase of its development. The company has generated 14,000 pre-orders but has not yet begun shipping vehicles.

This week, however, Nikola partnered with Anheuser-Busch and BYD Motors to complete the brewery company’s first ever “Zero-Emission Beer Delivery’ in St. Louis, Missouri. Nikola’s hydrogen-powered trucks picked up a load of beer, including the brand Bud Light, and delivered it from the local Anheuser-Busch brewery to local wholesaler partner Lohr Distributors. Lohr Distributors then delivered the beer to the Enterprise Center, home of ice hockey team St. Louis Blues, on a BYD electric truck.

In honor of our #ABEclipseSummit and through the power of partnership, we accomplished our first-ever zero-emission beer delivery from our hometown brewery to the @StLouisBlues, using @nikolamotor and @BYDCompany’s zero-emission trucks.? https://t.co/ZTgZVV6Wvh pic.twitter.com/xKh2MvXmoN

The brewing company described the journey as a “milestone delivery,” as the beer reached its destination “with zero emissions from transportation.”

“No single company can build a more sustainable future alone but this zero-emission delivery has shown what is possible when we bring together the various strengths and assets within our supplier network to work towards a shared objective of a better world.”

The brewery company has already placed an order for up to 800 of Nikola’s trucks, as part of their 2025 sustainability goals to reduce carbon emissions across their value chain by 25 percent by 2025.

Trevor Milton added: “As the first commercial delivery of freight with our hydrogen-electric truck, this is an exciting time for both Nikola and Anheuser-Busch. This milestone will become an example for all other OEM’s to move away from diesel trucks and towards zero emission vehicles.

“We look forward to helping the Anheuser-Busch team achieve their sustainability goals by leveraging Nikola’s zero-emissions technology. We are now preparing production vehicles for Anheuser-Busch and plan on delivering the trucks as fast as possible.”