The community champion has won a raft of awards for his work with charity Feed the Homeless Bristol.

According to the most recent statistics, at least 320,000 people in the UK are homeless. Of these, an estimated 28,000 people are at the mercy of the elements as they sleep on the streets.

One person determined to change this and make life more dignified for people on the streets is Bristol native Naseem Talukdar.

The community champion and social entrepreneur is the founder of Feed the Homeless (FtH), dubbed the “fastest-growing volunteer-based charity in the city.”

Since 2016, FtH volunteers have gathered every Friday, Saturday and Sunday evening to deliver freshly-prepared, home-cooked meals to people living on the streets. Half of the volunteers prepare the food, while the other half walks the streets and meets those in need. 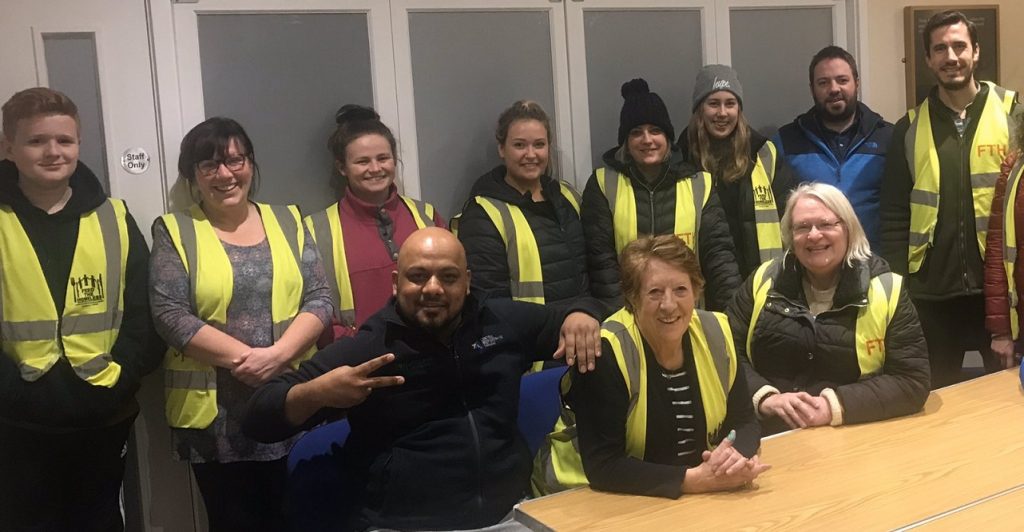 “In our big, beautiful city we forget that there are people living hungry under the sky. Hopefully, providing home-cooked meals will form a connection between them and us, and we can make them feel like part of our society.”

FtH solicits donations and reaches out to volunteers through Neighbourly, one of the UK’s very first B corporations. The platform connects charities and volunteers with businesses looking to make a “neighbourly” difference — stressing that consumers now place more importance on a company’s Corporate Social Responsibility (CSR) reputation than on their products.

Talukdar’s, also the founder of Plastic Pollution Awareness and Action Projects, is incredibly well-connected in Bristol. His social media posts show meetings with mayoral candidates, travels to other cities as a representative of the city, and regular speaking appearances. He recently presented at the Green Summit, organised by more than 10 schools across Bristol, alongside revered environmental campaigner Mya-Rose Craig.

Brilliant to meet you sending fond greetings back with you to Bristol @CllrAsherCraig @MarvinReesCC fantastic to sed a 50 strong delegation from Bristol onboard this evening @lpoolcouncil https://t.co/oMqdSij9s1

For his work, Talukdar was recognised as CEO of the year by B2B publishing group AI Global Media.

Writing about the award on LinkedIn, Talukdar said that he was “blessed to have such a wonderful team of volunteers” who have been using love, faith and loyalty to deliver that blessing to those less fortunate in the city.

“This recognition goes to all involved,” he added.

The award comes after Feed the Homeless was shortlisted as a finalist in the Muslim News Awards for Excellence, and after winning the Bristol High Sherrifs award.

Summarising the work of Feed the Homeless, the Bristol Post wrote: “Groups like Feed the Homeless don’t regularly organise picture opportunities – I approached them – because they understand it’s not about them.

“It’s about doing what needs to be done.”